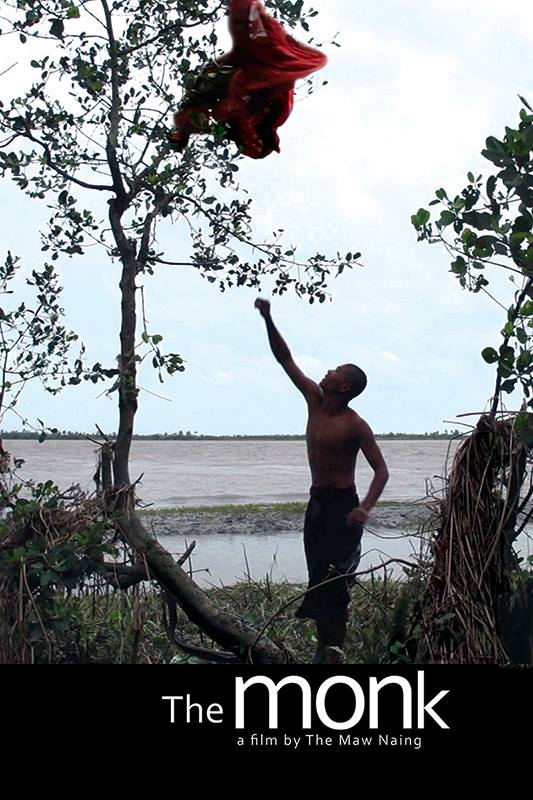 This month, culture360.ASEF.org is starting a new series of articles on the topic of #peripheries. The #peripheries have been regarded as being in the geographical margin, distant from the capital cities and cultural centres of countries. With an ongoing decentralisation trend, through this series of articles, we will look at various arts endeavours by artists, cultural professionals and art organisations who operate or occupy the peripheries in an urban society and the role that the arts play. In this second article, Myint Myat Thu covers the trend of local art-house films in Myanmar.

When artist Khin Maung Yin screened his first film, Hnama Lat Shawt Nay Lay Dawt, (Give Up, My Girl) in 1960, it had seen almost empty cinemas, neglected in demotivating disdains and underrated walkouts. After half of a century, the film finds itself hotly hunted by a bunch of enthusiasts, who were lured by the possibility of rediscovering the first arthouse film in Myanmar. But the appreciation was overdue. At the end of every pursuit, Give Up, My Girl never turned up, but a lost testament.

“Even foreigners desperately searched it for restoration. But it was just hopeless,” said Aung Min, medical doctor-turned-screenwriter of internationally acclaimed film, The Monk.

In fact, Give Up, My Girl is not only the first. It was almost the last of its kind in Myanmar. The overlong political crisis, and the multiplication of its impacts left little or no room for the country’s filmmakers for such cinematic explorations of higher order – until today. But when there was an artist, a missionary and a crusader, there was a revolution.

In 2014, The Monk came out to resuscitate the arthouse films in Myanmar. Directed by The Maw Naing, the film accentuates the inner conflicts of a young monk, beset by existential burdens. With fine touches of social-political commentaries, The Monk became the Myanmar’s proud creation, picking up several awards and standing out in prestigious film festivals around the world.

But it could have come much later or never, if Japanese filmmaker Keiko Sei had not visited Myanmar in 2003. Keiko Sei screened an arthouse film for a small audience in Café Blue in Yangon then. This trivial, yet monumental event woke up a writer, and set him up in the cinematic uprising. “I only learnt then that there was these kinds of films. I was totally consumed by arthouse films since,” Aung Min recalled.

Like its predecessor, The Monk carries a similar fate, though in a slightly different manner. “As far as I’m concerned, there is no arthouse films since The Monk,” said Ma Aeint, an independent film producer.

Even The Monk could only be realized with the goodwill of Czech Republic’s Film and TV School of the Academy of Performing Arts (FAMU). At the same time, the government’s support for arthouse films is nowhere in sight in Myanmar. “In most countries, there are many government and independent organizations to promote arthouse productions,” said Mg Sun, an independent filmmaker and laureate of Myanmar Script Fund (MSF) in 2016. “Indonesia, for instance, you can see they are now investing in these films, and even making revenues. I think there might only be Brunei behind Myanmar in the development of these films in ASEAN,” he added.

Although MSF is the only film body in Myanmar where local filmmakers can pin a hope on, its funding is dedicated to post-production. According to MSF’s website, some films of its early laureates are still in the development status. Alternatively, to seek for international grants is still a formidable option for most independent filmmakers in Myanmar – even for a master like Aung Min.

Last year, Aung Min experimented his second feature film, Moustache, out of his pocket, to bypass the frustrations of funds-hunting. “It is so labyrinthine and political to win grants. Also, it is perpetual because you sometimes have to wait, say 5 years, to get a film made if you have to rely on grants,” Aung Min explained. But considering its post-production now underway at D1 film in Czech Republic, international cooperation is still indispensable for the arthouse productions in Myanmar.

Application for grants might seem a daunting ordeal, but it can also be a matter of having an outstanding script and Aung Min realised that in order to prepare a competent ground for new generation of Myanmar filmmakers for this mission. In March 2019, he co-founded CinePort Yangon, with Thaiddhi, cofounder of Wathann Film Festival, and Vít Janeček from D1 film. CinePort’s Script Wrap Workshop is set to take place twice a year. In its first edition, two feature films and five short films were developed, out of dozens of entries. Some of them, Aung Min said, will be provided with production assistance.

Another initiative that is creating an evolutionary force is the fortnightly film screening and analysis program at the Film Development Center (FDC). 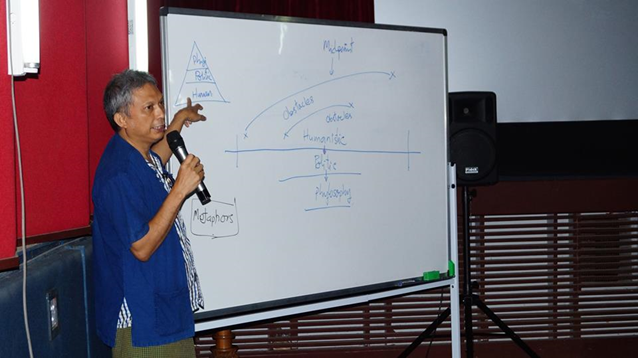 The government’s Myanmar Motion Picture Development Department (MMPDD) granted Aung Min a small theatre. And he has been presiding the program since its inauguration in November 2018, with foreign arthouse films in focus.

“They (MMPDD) just gave me a space. I have to do everything on my own and with my own money. Like buying all those coffee and coffee cups for the audience every week,” Aung Min said. 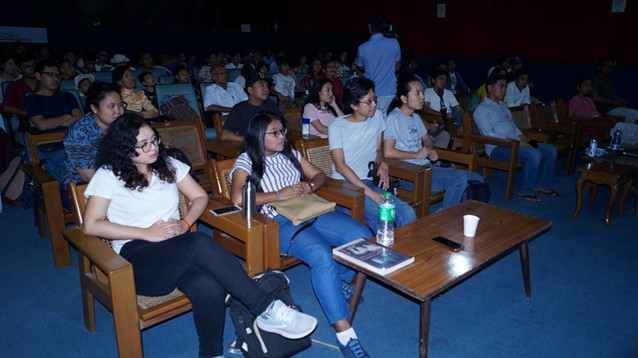 Audiences seen at one of the film analysis talks at FDC

Although the program is primarily targeted for the filmmaking community, there was an overflowing turnout at the screening of Midi Z’s exquisite Ice Poison, with the general public packing the mini auditorium. It signaled that Myanmar people are in ardent need of local films that can encompass their social and cultural contexts.

There is one great arthouse film which reflects the real Myanmar, which Aung Min has not yet selected for discussion. “I hope MMPDD wouldn’t say no to me. I will submit the request as per regulation. So, let’s wait and see if we can screen The Monk here,” Aung Min said.

In fact, The Monk was briefly screened once at the 2014 Wathann Film Festival. It never appeared in its home country since, partly because there is no arthouse cinema or a designated space for films of this kind. Even the program at FDC will be wrapped up at the end of this year, according to Aung Min.

But the prime reason is that most arthouse films tend to expose social-political realism, and Myanmar’s cinematic repression under notorious censorship is inglorious. Whether arthouse films will develop or keep disappearing will be just a matter of which one of above things ceases to exist in Myanmar.

This article is written by Myint Myat Thu, the leading film columnist of Metro Movie, the latest initiative of Myanmar Times (English Edition). Since its breakthrough in November last year, Metro Movie boasts the only publication of its kind in Myanmar. With one of her major interests in the development of cultural journalism in Myanmar, Myint Myat Thu’s weekly coverage spans in-depth analysis, creative writings and issue-based features about Myanmar film industry. 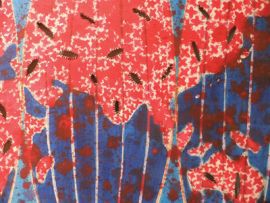 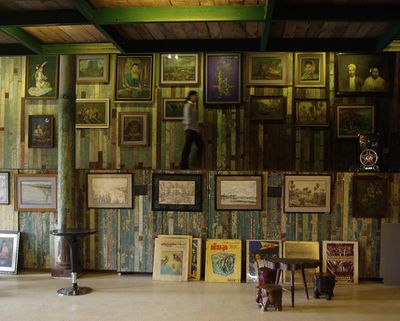