This month culture360 contributor David Fernandez travels to Ho Chi Minh City. In this article he illustrates the local contemporary art fabric of the city, exploring the independent platforms that are flourishing and becoming the agitators for a new cultural environment. 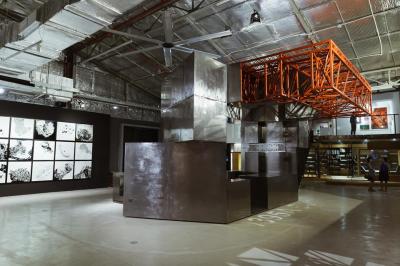 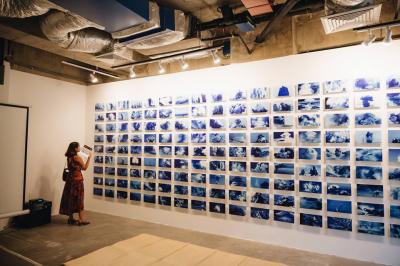 After decades of conflict, having being economically restrained for so long, Vietnam is now firmly catching up, not only in economic terms but also social and culturally. Formerly known as Saigon, the old capital of the French protectorate of Conchinchina and later of South Vietnam, Ho Chi Minh City (HCMC) was officially renamed after the Communist revolutionary leader Ho Chi Minh in 1975. Whilst Vietnam’s capital city Hanoi is home to most of the official bodies, HCMC has emerged as the economic, commercial and cultural hub of Vietnam. Now the largest city in the country and one of the fastest growing cities in the world, HCMC is expected to grow to around 14 million by 2025.

The current cultural renaissance is clearly noticeable in this burgeoning Southeast Asian metropolis, a city constantly filling up with more contemporary elements, ranging from visual art to fashion and architecture to design, in addition to other historical sites. Especially thanks to the bold vision and courage of some cultural activists and creative entrepreneurs who are taking on new challenges while daringly trailblazing the creative path against all odds.

‘One thing that defines the uniqueness of Saigon it is the fact that it is very congenial. It does not really have a very commercially oriented art scene yet, there are some galleries, of course, but they remain quite small. Most of the spaces in town are either artist-funded or independent spaces, which have a variety of ways to sustain themselves. Many of them have worked together and collaborated in the past, so there isn’t really a sense of competitiveness. The cultural climate in Vietnam is a bit different to our neighbours as far as being able to do things freely. We have to deal with it. And many of the emerging spaces have been pretty successful on doing that. I feel the scene it’s quite healthy at the moment.’ Richard Streitmatter-Tran, Artist and founder of Dia Projects 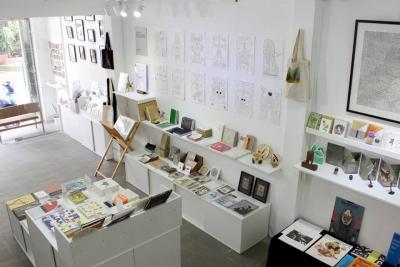 A new generation of local professionals, some descendants of the Vietnamese diaspora, others educated abroad and returned home after completing formal art education, are taking one step ahead and nurturing the creative sector by founding new alternative platforms to celebrate art, design and culture, supporting new emerging artists while promoting its own cultural heritage, not founded on any official criteria.

‘The arts scene is rapidly emerging in HCMC. Nowadays it appears to be very active yet very underground. In the last five years we are seeing numerous private art centres and independent art spaces as well as artistic collectives flourishing all around town. Many of these are very creative in the way they operate and eventually survive with no prospect of public funding and some official restrictions on their activity. I’m very confident about the future developments of the arts scene in Saigon since an ever-growing local audience is now introduced to the latest visual arts trends.’  Le Thien Bao | Assistant Curator, The Factory Contemporary Arts Centre 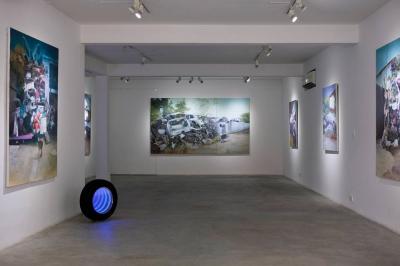 Among the growing number of platforms thriving around town in the past years, one of the galleries leading the scene is Galerie Quynh, recognized as Vietnam's foremost contemporary art gallery. Since its foundation, Quynh Pham, the gallery’s director has spent over a decade tirelessly promoting contemporary art practice in the country:

‘Although I run a commercial gallery, I’ve also been involved in a lot of non-for-profit initiatives such as Sao La, a platform that aimed to make contemporary art accessible to the general Vietnamese public through educational programs and to nurture the local growing arts community. As a gallery we have been around for over a decade already, however we are currently looking for a new space to continue with our programs, publications and other art-related activities. However I deeply feel the young Vietnamese artists are in need of more support these days. The art community in HCMC is trying to work together and find other platforms, another ways of engaging with the public instead of the traditional galleries, even though they still recognize the role we play. It’s good to have other players, certainly the scene is growing but still quite limited’.  Quynh Pham | Director, Galerie Quynh

Also other gallery spaces such as Tu Do Gallery, Craig Thomas Gallery and Vin Gallery to name just a few have been also promoting local contemporary art creation in the city. Fortunately, adding to this critical mass, not only this highly motivated young generation of cultural activists are joining the efforts but also some business people are turning their eyes into the creative field lately, a trend that hopefully will help the contemporary art scene develop and grow in society.

Examples of the most recent additions to the local art scene are The Factory Contemporary Arts Centre, ‘the first purpose-built space for contemporary art in Vietnam’ and the city’s largest exhibition space, also hosting an educational arts library and a co-working space. Since its celebrated opening last year, the centre regularly promotes programs that connect and develop cross-cultural dialogue in Vietnam.

Likewise, another interesting platform just opened its doors earlier this year, the first of its kind also, Salon Saigon. A heritage and contemporary arts centre established to promote contemporary creation and Vietnamese culture through art exhibitions, performances, conferences, screenings, educational programs, and a unique collection of resources on Vietnamese culture.

However, due to the insufficient or non-existent public contemporary art & culture services and infrastructure in the city, forced by the circumstances, many of the emerging independent spaces are forced to fill the gaps in contemporary art education and improve the cultural capacities at all levels, while bringing new visual art forms into the public.

As a result, many non-profit initiatives such as Sàn Art, Dia Projects and Zero Station I Ga 0 can be found contributing to the scene by promoting, facilitating and showcasing contemporary art practices at a grass-roots level predominantly through creative exchanges, art research and educational activities.

‘When Sàn Art was founded, it was a response to the lack of opportunities for artists to exchange ideas and exhibit work. At first we were a small library, then a gallery and gradually we developed into a full-fledged organisation, some even say we an ‘institution’, although we are an independent platform, simply because we are the only ones that have been running a long-time artistic program with extensive activities for the artists, including exhibitions, talks, residencies and training programs. I would proudly say we have provided references to many of the activities and programs that have been emerging in the city in recent years. As a result, I believe the artistic dialogue inside the community is pretty vibrant at the moment and local artists seem to have more clear sense of expression.’ Tra Nguyen, Managing Director, Sàn Art

While fostering the diversity of contemporary arts and also the interdisciplinary dialogue, these alternative cultural institutions are responsible for supporting local young and emerging artists not only developing their career but simultaneously helping them engaging with wider audiences, both globally and at regional and country levels.

Additionally, not only new spaces are emerging in response to the lack of art infrastructure and official support to the contemporary arts community but also art collectives such as Sao La and The Propeller Group and other cultural practitioners are also continuing their efforts to produce new synergies between local creators and audiences.

A great example of all this cultural dynamism is Saigon Artbook, a non-profit contemporary artbook series created by an independent publisher, also running a bookstore, inpages. The HCMC-based project has been supporting and showcasing emerging local artists in collaboration with other young designers, writers and curators.

‘We are so far behind particularly in independent publishing, we need to catch up, that is why I decided to start the art publication. Each of our projects are printed experiments that help us promoting the contemporary art community here in HCMC. Our mission is to present the city through the eyes of different emerging Saigon-based artists and other cultural practitioners at the same time we try to stimulate young people with local art and, simultaneously, to facilitate the exchange of ideas about local visual culture’ Dang Thanh Long, Independent publisher co-founder of Saigon Artbook

Definitely a multi-layered publication that appears to be a great opportunity for visual creators to gain more exposure as well as for the local audience to gauge the pulse of the ever-evolving state of the visual arts in Saigon. Moreover, it shows also an optimistic picture of the emerging local art scene and the bright prospects for the future of HCMC creative sector. 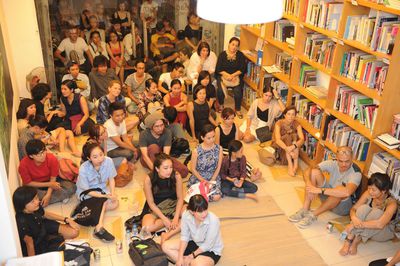 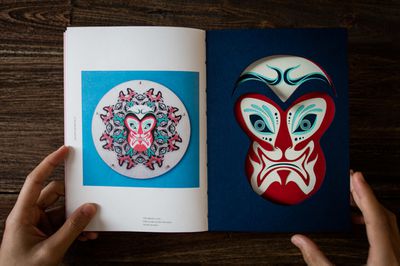 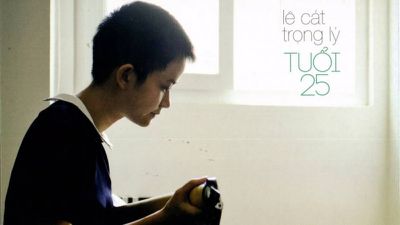