Belgian dramaturge Bart van den Eynde describes his experiences at ‘Monsoon’, a transcultural and multi-disciplinary research and performance platform for Asian and European artists. Initiated and conducted by well-known German choreographer Arco Renz, the third edition of Monsoon took place in Leuven, Belgium, from 18-23 December and was supported by the Asia-Europe Foundation. Eight artists and four guest experts from eight ASEM countries took part in this programme.

Choreographer Arco Renz’s performers have a very specific presence on stage. Whether immobile or hyperkinetic and overcoming the whole stage, they always seem to be driven by the same interior energy and force. Was it his choice of artists or his presence as a curator that created this kind of focused energy in the performances of the Monsoon residency that took place at the end of December 2010 in the arts centre STUK in Leuven, Belgium?

Arco moves frequently on the crossroads between the east and the west; he has immersed himself in eastern traditional dance and performance techniques and works regularly with Asian dancers. He created some of his performances in Asia and all of his work is regularly shown there. Through Monsoon, Arco wanted to expand this personal experience and create a meeting platform for Asian and European artists. He wanted the artists to be able to leave ready-made stereotypes behind and discover new artistic visions through a collaborative exploration of their artistic practices, in the context of their specific artistic and cultural backgrounds.

In 2006, the first edition took place in Seoul, South Korea. The second and third, which was supported by the Asia-Europe Foundation (ASEF), took place in the STUK arts centre where Arco is an artist-in-residence. For the 2010 Monsoon, Arco invited four Asian and four European artists whom he had met during his travels in both regions.

They were invited to work together as couples for a week without any constraints concerning the outcome. The selected artists not only have very different cultural backgrounds but they also work in very different artistic disciplines. The idea of creating the artistic couplings was inspired by the promise of the fertile tension between potential connections and the challenges each artist’s respective language could pose for the other.

Before the actual meeting in Leuven, the participants were asked to meet for a virtual “blind date” on the Internet. They assumed an avatar and without revealing their real identities, they engaged in a playful dialogue with each other using blogs on ASEF’s arts and culture portal, culture360.org.  Through the blogs, they could control how much of their interests and backgrounds they really wanted to share and thereby challenge each other’s expectations.

After this tentative dating, the first real meeting of the artists, most of whom were unfamiliar with each other, in the middle of December in STUK felt like a release of energy. The meet-and-greet session immediately focused on the subject of cultural belonging. The European artists were hesitant to locate themselves in relation to a cultural tradition while the Asian artists seemed much more articulate on their position. The next day after of the Asian artists held a public showcase of their work.

The artists quickly dived into a studio to start exploring a possible collaboration. They were free to choose the format of working during the four-day programme: some shut themselves up in the studio while others went into the city and its museums. During their collaboration, they could use Arco’s and my feedback if they wanted to. Further input was provided by the ‘zap guests’, specialists from non-artistic backgrounds, which they could use or ignore: a stockbroker, a cultural sociologist and a biotechnologist-artist.

Some couples found an immediate link while others had to dig deeper. Eisa who investigates pole dancing as a cultural and political phenomenon connected with Ugo who shared this interest for a totally different reason: his long-time fascination with the movements of climbing plants. So working with a trained pole dancer finally gave him the opportunity to explore his interest.

Tom and Ka Fai bonded in an even more seamless way; although one is very ‘low tech’ and the other very ‘high tech’, they connected on the very particular but shared interest in the combination of electric impulses, body manipulation and computer generated sound.

The more speculative approaches between the other couples became the essential quality of their collaboration; there were no clear cut answers but a range of possibilities.

Moly and Sybille explored the possible interactions between a classically trained Cambodian dancer and a musician trained in classical European music and showed a series of sketches which indicated the promising directions their encounter could take.

André and Eko chose hunger as a theme that they both cared about but which had for them very different connotations. Furthermore, they challenged each other to enter the other’s discipline so that André ended up dancing and Eko acting.

In the discussions after the final public showing of their collaborations, the participants explained what had already become evident. That it was the relative unfamiliarity with what was happening on the other side of the globe that is the bigger obstacle in an encounter between artists from the east and west than any cultural differences.

It was also much more important to find ways to deal with a global culture that tries to level differences of temporal perception, cultural geography and political orientation, and that considers different geographies and localities within the same network of standardised questions and strategies than labels of ‘Asian’ or ‘European’. Small-scale initiatives like Monsoon could be a (modest) contribution to a more diversified intercultural awareness in such times of globalisation. 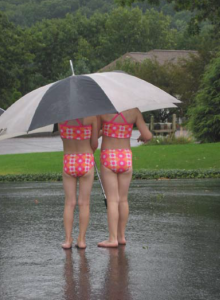 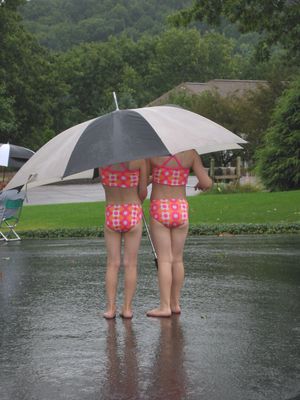