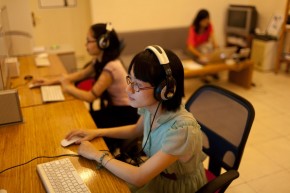 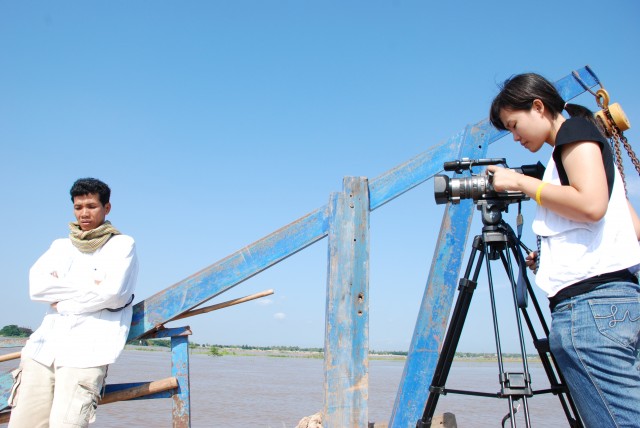 The scene of documentary filmmakers in this region is small but promising. Despite hard conditions, this young group is willing to take the hurdles and it is willing to go all the way. So how can we partake and support their endeavours?

One of the things the documentary film scene suffers from the most, is the lack of support in distribution. When speaking to the young scene, they admit that after finishing films, they often do not find the capacity to engage in professional distribution. When left with no alternative, they simply pass around their DVD among friends. 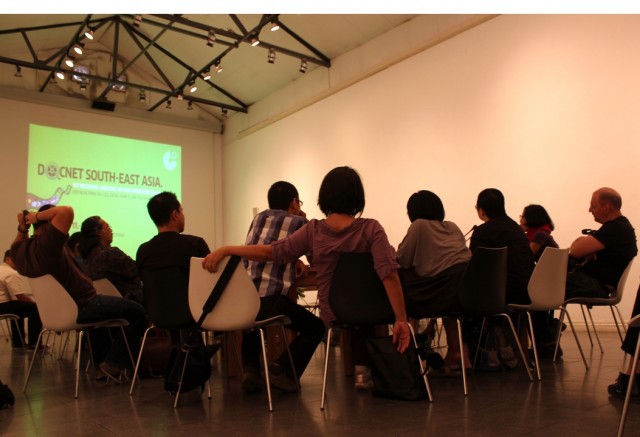 At the same time neither cinemas nor TV channels are seeing a potential market for documentaries in Southeast Asia. As a consequence documentary film screenings are limited to culture- and art venues. Yet these spaces attract a certain crowd: “Although the films are meant for the general public, only students and the art scene attend. Thus the knowledge of documentary film remain in one scene. It is frustrating”, says Ucu Agustin, a writer and director focusing on social and political issues in Indonesia. Veronika Kusumaryati, an Indonesian film critic currently studying at Harvard adds: “If we would work closer with TV channels, we could reach the developing domestic market that offers around 600 million viewers.”  To fill the gap some documenters decide to tour themselves at their own expense and screen their films for free in universities in order to reach a broader mass.

Yet in the long run, stake-holders of the region need to acknowledge the potential of well produced documentary films and assume their responsibility towards them. Furthermore, a professional distribution-support for promising films needs to be established to give young filmmakers the vital support they need so that the voices of the region will be heard by a bigger audience. 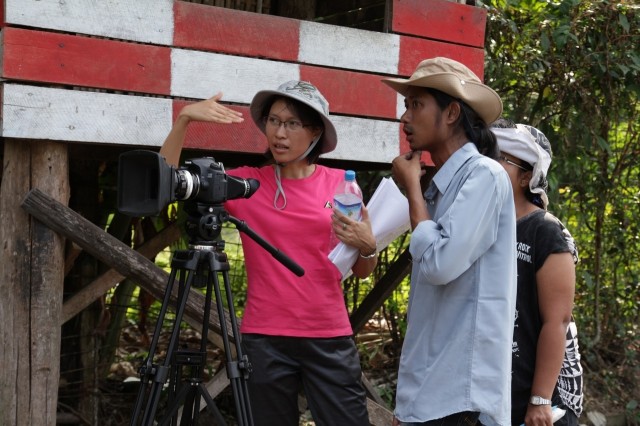 When being confronted with the question on why no documentary films are screened on TV and in movie halls, people in charge mainly blame it on the audience’s lack of interest. This is also a question that keeps the young filmmakers busy: How can they increase the curiosity and awareness for their genre? How can they trigger the curiosity and interest of a greater audience? How can it be catapulted from it’s dusty shelf into a shiny new armour? Thi from the DocLab in Hanoi emphasizes: “I actually do not find it too difficult to teach people on how to make films. The question that keeps me busy is on how to educate the audience. How to make them interested in documentary films.“

Surely it would help if school-children and students get to see well produced documentary-film starting from an early age. In many Southeast Asian countries the genre of documentary film is still connected to propaganda films. It must be shown to a potential new young audience that this is not what documentary films can be about. Another answer could be to make documentaries more suitable for the Southeast Asian audience rather than trying to copy the handwriting of the West. Why not include more humor when it is enrooted so deeply in Asian culture? Why not give documentaries on serious topics that certain cultural imprint?

Certainly a key issue in the field is still film-eduaction. Even though some film-schools in Southeast Asia are focusing more on documentary film now, most young regional documentary filmmakers inform themselves via internet and simply go out and try. This “do-it-yourself-mentality” has become so widespread and common that in many countries film school graduates are less respected in the scene than the self-trained filmmakers. “Basically I don’t believe in formal education. You can learn a lot by watching the right films, attending film festivals and working with a crew. It has the same effect”, says John Badalu, festival programmer, lecturer and film delegate at renowned film schools and festivals such as the Berlinale.

This wide-spread opinion certainly questions the quality of the films-schools and underlines the necessity of improvement; the teaching methods need to be changed. Even though self-education definitely can get you far and lead to first good results, it is difficult to take the film quality to higher grounds. Excellent sound, stunning camera, and a convincing story-line are not easily achieved yet are crucial for gaining a wider interest. Most filmmakers have to learn just how long it takes to produce excellent results. These issues can only be passed on by masters.  „Young documentary filmmakers often think that you can make a good film within a week,“ says Sebastian Winkels, a film director in Germany who has tutored film-workshops in Indonesia during the last two years. „It is quite difficult to create an awareness for the art of documentary film making and the time it takes until you see a film of high quality.“ 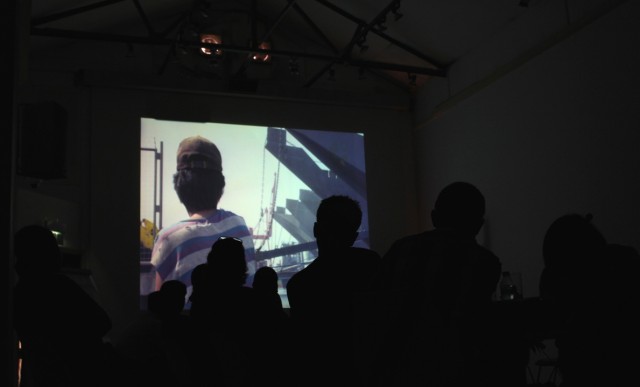 To round it all off, a well-functioning funding-system would enhance the documentary film-scene. This funding should come from different stake-holders -  be it from TV-channels, from the government side or from art-foundations. Also the funding should ideally come from within the region. A first promising example is the Network Asia in Singapore that is addressing mainly the visual arts in the region by offering small grants.

The potential is big, the stories are out there,  so why not raise the standards and thrive to creatively give the region a stronger voice?

Katrin Sohns is working at the Goethe-Institut Jakarta as the Regional Coordinator of the initiative „Culture and Development“. This initiative is committed to supporting cultural and media players with targeted educational and promotional programs. One of the main focus areas in the ASEAN region is Documentary Film Education. Prior to her current engagement she worked as the Editor a magazine on Politics, Economy and Culture in New Delhi / India and was engaged in the field of documentary film making in Germany for more than four years.

Leyla Hoppe is working at the Goethe-Institut for the initiative “Culture and Development” as part of a German culture exchange program. She is focusing on documentary film in Southeast Asia. During her time at the Goethe-Institut she has organized several workshops for filmmakers of Indonesia and the region, interviewed various filmmakers and is currently preparing a filmfestival in Indonesia. 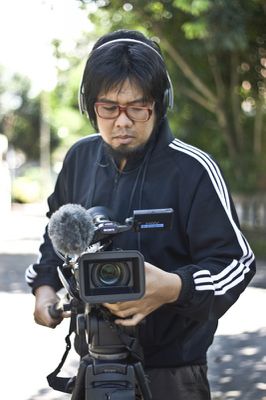 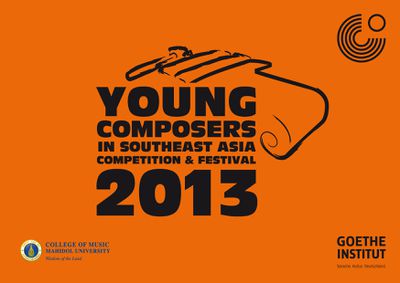