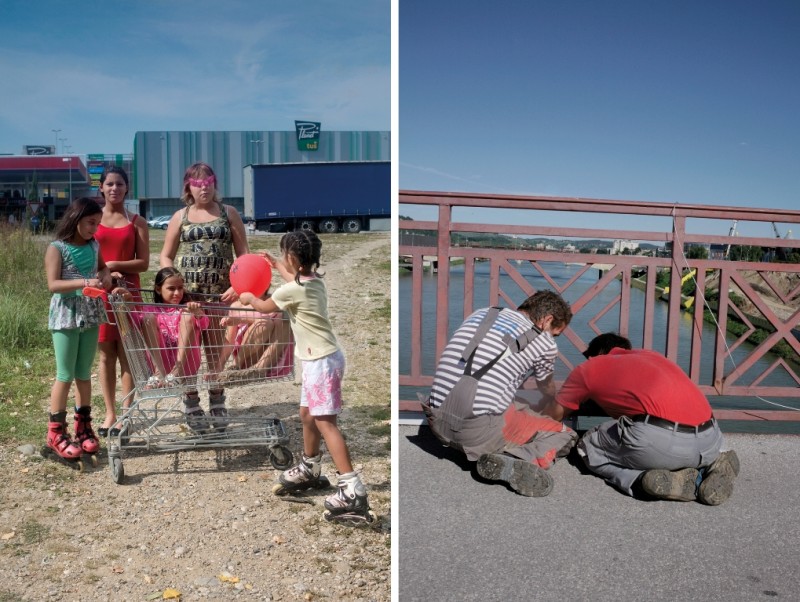 The city of Maribor will be one of the 2012 European Capital of Culture: great expectations, a great challenge and of course, many things to organise and coordinate. After talking with Boris Cizej, TownKeys Programme Director, culture360.org contributor Florentina Bratfanof speaks with Marta Gregorcic, the coordinator of the Urban Furrows, another programme of Maribor 2012 capital of Culture.

You have launched the programme in January, 2011. What are your thoughts after almost one year of intense activity?

[MG] Although the Urban Furrows programme has being carried out in very uncertain conditions, in a time of financial and economic crisis, indebtedness to the city, and with very humble public support for the European Capital of Culture, I am more than satisfied. First and foremost, the people in the countryside and townsfolk have accepted us with open arms and, on top of that, they have seized upon the new chances and opportunities that we have brought: fresh ideas, examples for new social, ecological and economical relations, or for new mutuality and exchange. We found a lot of young, highly educated and experienced but unemployed people who joined Urban Furrows and embraced the main idea of the programme, which is to strengthen cultural cohabitation. Our goal is to create seven different models of cooperation in which people will be able to self-determine and self-manage their needs.

I imagine these activities will take place in close partnership with various institutions, associations, etc. Could you give us a brief overview of these “beautiful friendships” created in a year’s time?

[MG] Unfortunately, I will have to disappoint you. Maribor is pervaded with negativity and disillusion. After the economical, political, social and cultural collapse of Yugoslavia, Maribor lost its perspective. This is also reflected in the functioning of the nongovernmental sector that is – besides very rare exceptions – not using emancipatory and alternative approaches. They are working for the people and not with them. Therefore, our programme comes as a radical practice with a very unambiguous and precise task: to reopen the horizons of possible thoughts, by doing and creating. Urban Furrows has responded to all of these challenges with the project Sustainable Local Supply, with which we intend to cement ties between the local community and the city in order to shorten the distance from the farm to the fork. To empower small traditional farming communities which, until now, have been ignored, and to supply people in the city with local, seasonal, highly diverse and quality vegetables and fruit, we have launched a cooperative of small traditional farmers that will supply public institutions with fresh produce, especially kindergartens, schools, etc.

Concurrently, we are putting together an association for a seed library that will collect, breed and increase the variety of autochthonous plant species. Using the many European success stories as examples, we are setting up alternative community garden immediately next to a large concentration of apartment blocks.

The Rhizome Collective, a new subjectivity to empower immigrants, refugees and jobless workers, is creating Zero Dollar Laptop and many other projects to promote different cultures and to create new jobs. 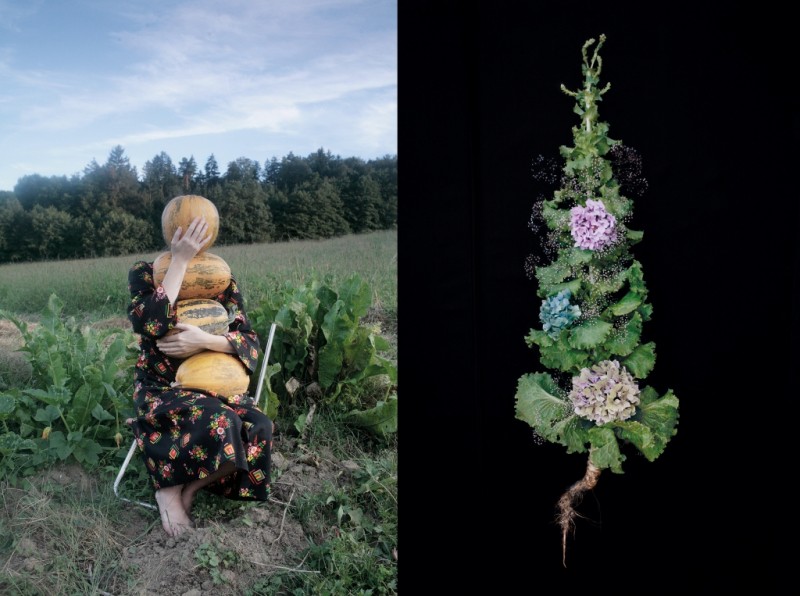 Frequency is a new non-governmental organisation that we have launched for ethnic minorities and the Roma population in Maribor. We are currently working with them on a Roma dictionary, doing music therapy, creative workshops and other activities. We are working with them in neighbourhood of Poljane, where prejudice, violence and segregation take place on a daily basis.

The Maribor Cyclists’ Network is striving for a cyclist and pedestrian friendly community. All six of these Urban Furrows programmes, now already realized in new subjectivities as associations, cooperatives, and social and community enterprises, are being implemented under one roof, at the Centre for Alternative and Autonomous Production, or CAAP. This centre will help to develop entrepreneurship and other kinds of new social economies to all new associations, cooperatives and networks.

Could you tell us who among the researchers in your team are in the visual arts, and what is the role of the team in putting together and realizing the projects?

[MG] The Urban Furrows programme is composed of an active and highly qualified research team that use the method of militant research, which characteristically takes on a creative, affirmative and dynamic role. Our perspective is based on the theory of social ecology, which explains why environmental questions cannot be analysed or solved without first confronting the fundamental contradictions in the mechanisms behind modern society. These mechanisms are ripping apart the fabric of society and, consequentially, destroying our natural environment.
The core collective of Urban Furrows consists of lawyer Matej Zonta, sociologist Mateja Zobarič, anthropologist Tomaž Gregorc, social worker and ethnomusicologist Hazemina Minka Đonlić, traffic engineer Josip Rotar, philosopher Karolina Babič, economist Suzana Črnčec, agronomist Mateja Koler and visual artist Vanja Bućan. Each coordinator has assembled his or her research group for one sphere of activity. That means that the Rhizome Collective is composed of refugees, immigrants, unemployed and computer experts; Frequency unites members of Roma communities and other ethnic minorities group, as well as experts, with years of experience; and so it is with the rest. Each participant was given different and intensive educational training in the form of a course, and they receive day-by-day support for their work in field. Farmers, for example, were trained for half a year on organic farming.

In the description of the programme, I came across the term ‘potencia’. Could you explain a little about what this is in Maribor, and what generates, or already generated, this ‘potentia’? I’m interested to learn about the impact you have already had in the communities.

[MG] Potencia means creative power, or ‘power-to’, which is a negation of ‘power-over’. In our daily work we use the methods and concepts developed by movements like Chhattisgarh Mukti Morcha in India, Zapatistas in Chiapas, Colectivo Situaciones in Argentina, and others. We apply creative approaches to develop concrete examples of good practice for alternative and autonomous production which can go beyond capitalism. That is why we are using self-management, self-determination, cooperatives and other forms and processes for our activities.

Chhattisgarh Mukti Morcha has developed a philosophy of dialectical connectivity between the struggle and reconstruction of a community by envisioning a new society. Such a movement implies the equal participation of indigenous and rural populations, as well as other excluded and marginalized groups, not to mention workers at steel mills, ironworks, and mines. This movement has shown us that an alternative, collective political project can create the conditions for new communities and a new society with new social relationships, and that, despite the repression of state apparatus and company owners, and the high degree of militarization of the region, people can create the conditions that can lead to a greater degree of well-being, egalitarianism, and cohesion within society.

Maribor is not as radical a place as Raipur, Durg or Dalli Rajhara in India, but still, if we do not face violence and deaths that doesn’t mean that we can remain silent about unemployment and impoverishment. We must articulate our problems and concerns; we must politicise our sadness and we must crush the prison of solitariness and competition created by capitalism. However, we cannot compare our small, tiny projects and examples with movements which have been struggling to go beyond capitalism for thirty or forty years. Even so, at least we can learn from their successes and failures, and employ their experience into our everyday struggle for a different and more humanistic society.

What do you think will remain after this two year programme is completed? In fact, what do you hope will remain?

[MG] I hope many new practices will remain, as well as the experience of solidarity, co-working, sharing, reusing and creating. Although we are all facing an economic, financial, energy, environmental and food crisis, and we are all standing on the crossroads, we estimate, that we can still do a lot, as opposed to waiting and suffering. The Urban Furrows programme, besides keeping the public informed, is first and foremost developing concrete examples of good practice in terms of alternative and autonomous production, specifically in those aspects of life which are a prerequisite for a tolerant, mutually cooperative, and creative society. For this purpose, we are developing self-sustainable examples of new social and economic practices that will be seen in new employment and different collectives, which will work and develop things together in community garden...

Marta Gregorčič, PhD (Head of the Urban Furrows programme) is an assistant professor of cultural studies and has a PhD in sociology. After fifteen years of work with Slovenian and foreign academic institutions, development programs, emancipation movements and organisations involved in rebellion in peripheral capitalist countries, she received the opportunity to develop liberating culture practices of co-existence and political creation directly in Maribor. She has published several books, academic and technical papers, worked as an editor for dozens of publications and spoken at numerous international conferences. Her new book, titled Potencia will be published in the end of 2011.

Due to her vast experience with field work in Europe, Latin America and Asia, she has an important influence within scientific and research programmes, though she remains first and foremost an activist with a keen sensibility for exposing the processes of oppression, taking things for granted, ideologies, complacency and ignorance.


Florentina Bratfanof has worked in the theatre field in Romania for the past 10 years, first as a Press Officer for ACT Theatre, the first independent theatre in Romania, then from 2006 as a cultural journalist for online magazine, www.121.ro. In 2008, after obtaining a master diploma in cultural management in Belgrade, she has been involved as well in the Press Office of several international theatre festivals: Romanian National Theatre Festival, Bucharest, Romania (2008-2010); “Underground Arad Fun” Festival, Arad, Romania (2009); 36th International Festival of Alternative and New Theatre, Novi Sad, Serbia (2009), “George Enescu” International Festival and Competition, Bucharest, Romania (2009). From 2009 to 2010 she was Artistic Consultant of Odeon Theatre, Bucharest. In parallel, from 2009 till present, she helped growing Scena.ro magazine (www.revistascena.ro) in terms of PR, distribution, also contributing with articles and interviews.  Currently she holds the position of PR Manager of Romanian Association of Performing Arts (RAPA), but she is also Talent Scouter for Media Pro Pictures. 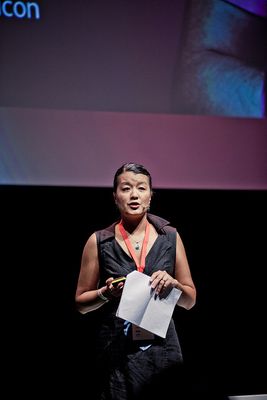