Magazine > Interview with Meenakshi Shedde - Behind the Film Festival

Interview with Meenakshi Shedde - Behind the Film Festival


The ease with which Meenakshi Shedde connects with you feels like a good film gripping your attention from the first scene itself. A look around her house in suburban Mumbai – filled with film magazines, DVDs, film posters and a television set placed in the center of the living room tells you all about her passion for cinema. At the center, meeting Meenakshi is an encounter with a cinephile, one who breathes, drinks and eats movies, and the fact that she is the Winner of a National Award for the Best Film Critic in India, along with the you-name-it international film festival jury consults her for her 25 year vast wealth of knowledge and experience seems almost peripheral. In a freewheeling afternoon chat with Meenakshi Shedde, currently the India consultant to Berlin and Dubai Film Festival, we discuss a vast range of subjects including what’s ailing Asian film festivals and the philosophy behind good cinema. Here is what Meenaskshi has to share with our audiences –

S: You have just returned from the Karlovy Vary International Film Festival in Czech Republic. What was the experience like?

M: Karlovy Vary is one of the oldest film festivals in the world and what is striking is its youthfulness. It’s an amazing feeling watching films surrounded by backpacking students from across Europe. The experience is both casual and passionate. This is the exciting aspect of some of European Festivals and this could be replicated in the East too, i.e. making sure youngsters feel welcome to come to festivals. The Czech provide subsidized passes, luggage rooms for travelers and they even opened one of their grounds for backpackers to pitch their tents because these guys do not have the money to stay in expensive hotels. Some film festivals in the world, especially in Asia, are obsessed with Hollywood stars landing up on their red carpets. It is almost like they are diffident about their selections and the ability of their audiences to appreciate good cinema. It is self-belief that distinguishes the average festival from the good one.

S: How has the festival circuit evolved during your association with it, extending 20 years?

M: Behind the scenes of a festival has always been about a lot of scrambling! But as festivals have grown in size and scope, the entire process has become hugely specialized. There are different kinds of technicians, artists, designers; film experts and consultants that now step in for different categories of work at the festival. Festivals are now competing to get good films at their events. In some ways, perhaps the economics and surrounding media hype are also swallowing festivals. The film festival is no longer a place to showcase your film alone. It is now about the film market and other film related events, such as master classes, seminars and discussions. Having said that, with the changes in the world economy, film festivals – which are always prone to budget cuts during recessions, have found it useful to survive by re-inventing themselves. Cannes Film Festival is a good case in point. It has never rested on its laurels and has always found something new to attract the best of the world at its event.

S: Young filmmakers would like to know from you, what is the best way to break in to the festival circuit? How does one get their film out there in the world to see and appreciate?

M: Most filmmakers realize that after they produce their film, the most challenging aspect of their work begins – Distribution. In countries like India, distributors are dogged by a colonial mindset and seek foreign approval to showcase local films. Recently, Kshay – a very good film, got a limited release in the Indian market because it did well on the festival circuit. Apart from constantly looking at good cinema, young filmmakers should always have the mindset that despite the persisting difficulties, this is a lucky time for them. There are new access routes to films, which just did not exist in the past. There are so many film festivals around the world, which could accept and show your film. But there are no short cuts to this, especially if you are short on money. One has to look at the festivals – see what kind of films they accept. You may have a good film, but it may not be what the festival is looking for. Every moment is an opportunity. You may be showing alongside a big film, but with the right effort, you could get audiences to see your films too. You have to believe in your own work and the audience’s ability to judge it honestly. Indian Aesthetics has a beautiful term to describe the relationship between a director and her audiences. The word is ‘Sarday’ which translates as ‘soul connection’. The relationship between the two is always one with kinship and empathy. 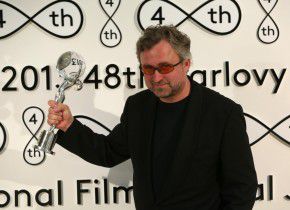