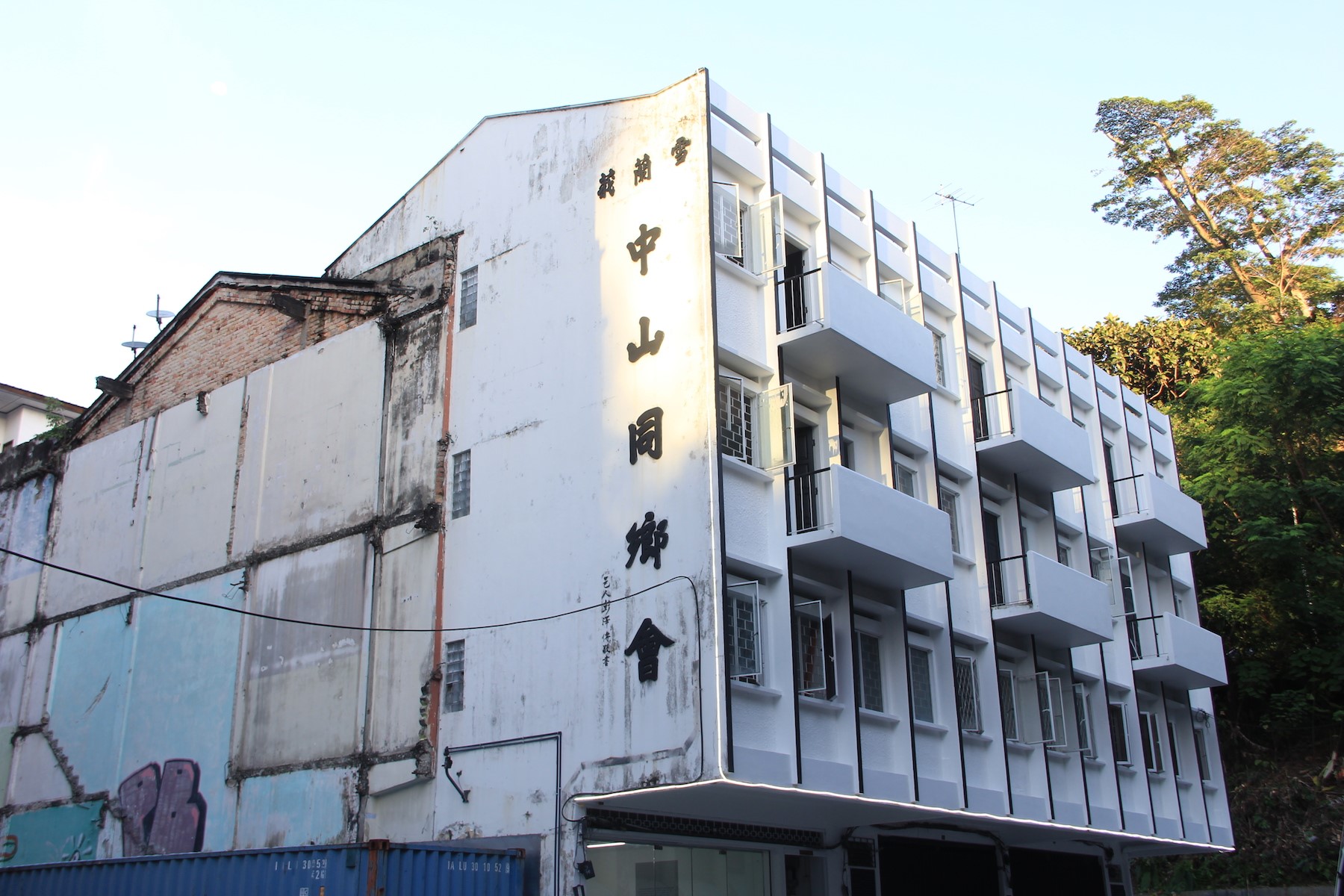 This month culture360.ASEF.org unveils a new series of articles and interviews titled ‘Independent Hubs / Creative Entrepreneurs’. This series takes into account the emergence of independent hubs and creative entrepreneurs in Southeast Asia and maps individual stories and perspectives from artists, musicians, designers, filmmakers, developers, researchers and other creative entrepreneurs from the region.

The first article in the series introduces the Zhongshan Building at Kampung Attap, a repurposed building in central Kuala Lumpur that has been transformed into a vibrant independent creative hub and is today home to many local artists and creative entrepreneurs. This article features an interview with Liza Ho, Director of OUR ArtProjects, a gallery space and art consultancy with a focus on identifying important practices in Malaysian contemporary art as well as producing compelling and engaging exhibitions. OUR ArtProjects was closely involved with the development of the Zhongsan Building.

Creative initiatives have been taking place quite sporadically in Kuala Lumpur over the years. From organisations, informal and official events, independent spaces and pioneering start-ups; the city has proved to be a fertile ground for the growth of new ideas (1).

More recently, creative industries in Malaysia have been enjoying a new boom. The publication of a research study by the recently launched Cultural Economy Development Agency (CENDANA) serves as an primary overview of Kuala Lumpur’s potential for the development and growth in this sector.

However, ‘to establish the city as an internationally-recognised creative city that drives growth and contributes significantly to the Malaysian economy’(2), as stated in the publicly-funded study will take time. To boost the creative economy and more importantly to nurture the cultural ecosystem of Kuala Lumpur, and ultimately achieve the expected results is certainly a longer-term plan.

Perhaps in the near term, policy initiatives should focus on providing support and funding to small and medium-sized creative spaces and independent arts & cultural projects, besides making art creation and promotion more easily accessible to the public. 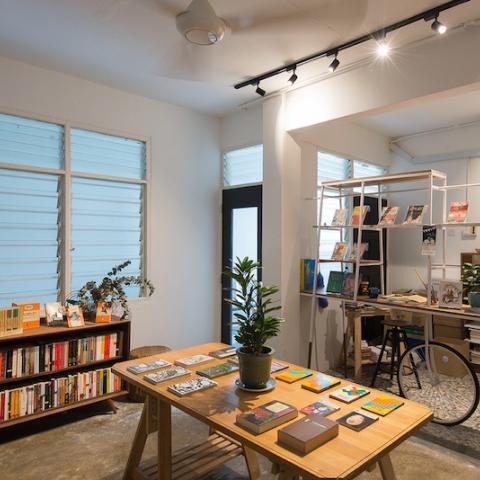 While public discussions are underway to strengthen the arts and culture sector within the creative industries, there is a huge growth of independent platforms with creative entrepreneurs impatiently searching for alternatives, trying to fill the space public institutions and other corporate organizations are not envisaging.

In Kuala Lumpur, as in many other capital cities around the region where creative industries are still at an infant stage, creative entrepreneurs have decided to respond to the lack of arts & cultural infrastructure and other resources in their communities.

Last year the Malaysian capital witnessed the opening of Zhongsan Building, an up-and-coming creative cluster that hosts a wide variety of businesses as well as non-profit organizations in the creative sector. The repurposed building is now home to a flourishing and inspiring creative community in the heart of Kuala Lumpur.

The project was independently initiated by the team from OUR ArtProjects, a gallery space and art consultancy with a focus on identifying important practices in Malaysian contemporary art as well as producing compelling and engaging exhibitions. 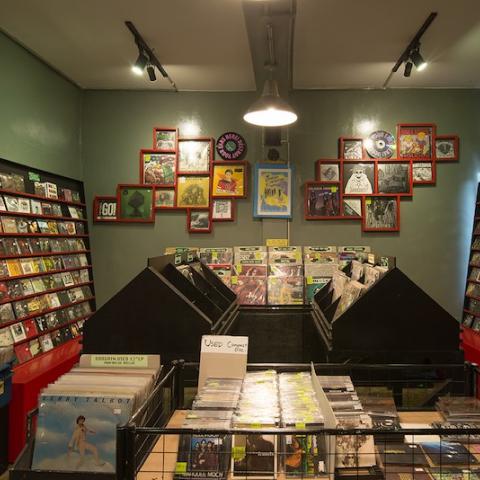 The co-founders of OUR ArtProjects Liza Ho and Snow Ng, relocated their activity to the Kampung Attap district, a commercial area in central Kuala Lumpur located between Brickfields and Chinatown, after spending over three years on the move producing events and promoting art around the city and beyond.

After opening their gallery space, they managed to bring along with them not only their art programs and niche audiences but also a whole new generation of creatives in need of a physical platform to further develop their craft and help them in finding greater avenues of exchange and collaboration while expanding their reach both locally and nationally.

These days, aside from the OUR ArtProjects gallery space there are more than a dozen fully functioning creative workplaces at the Zhongsan Building. Among them are an archive for visual culture (Malaysian Design Archive), an independent research centre for social sciences (Institut Pondok Perancis), several art and design studios, music events space (fono) textile workshops, music store, a library (Rumah Attap Library & Collective), a bookstore (Tintabudi Bookstore) as well as other retail ventures such as shops and cafes. 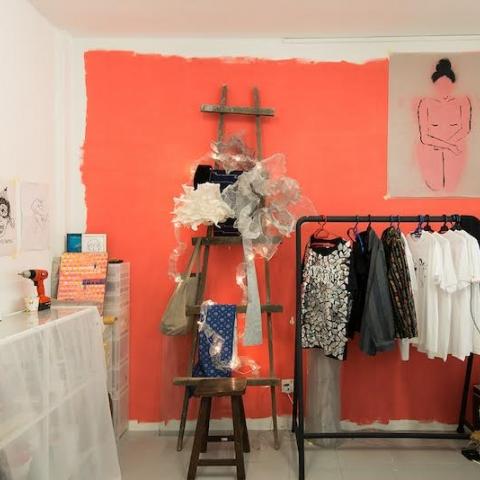 All these platforms jointly contribute to the local creative community by promoting multi-level collaboration, enhancing the ecosystem while supporting the growth and development of Kuala Lumpur’s emergent creative industry.

The entrepreneurial environment and the positive impact of a creative hub such as the Zhongsan Building amongst the creative community is immense considering its independent nature and therefore its limitations. But such a hub is playing a pivotal role in facilitating greater access and exposure for the local contemporary arts and culture community while steadily helping build the creative sector in the city. 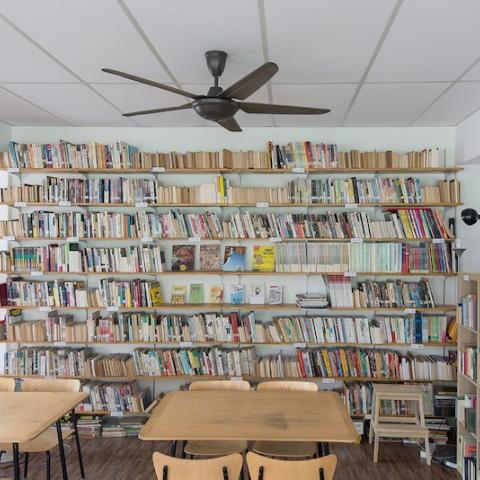 Apart from public initiatives and public-private partnerships, more platforms like Zhongsan Building must emerge to show what is possible. The team at OUR has successfully shown that.

To find out more about the The Zhongshan Building, please visit: https://www.facebook.com/thezhongshanbuilding/

David Fernández is a Spanish-born contributing writer based in Bangkok, Thailand. Currently working as freelance arts &amp; cultural project manager and digital media consultant, he is also one of the co-founders of Cho Why multi-disciplinary project space. He previously co-founded Le Cool Bangkok arts & culture webzine and worked as content director. Formerly, he served as cultural attaché at the Embassy of Spain – Cultural Office in Bangkok. 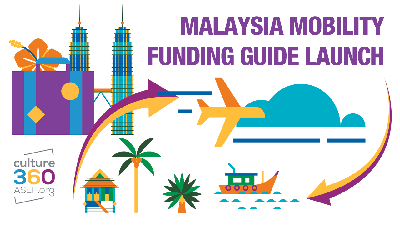