Magazine > How A Film Get Made - Through An Interactive Tool

How A Film Get Made - Through An Interactive Tool

If an award would exist to honour the Film Institutions for the quality of their websites, the British Skillset would deserve such still to create “Golden http”. Their website described here under is addressed to anyone interested in the skills need for the film process. Do you need to find more about the film industry jobs and the skill required for them? The Skillset website is probably the website that you have always dreamed about.

The website publisher Skillset is the Sector Skills Council for the UK audiovisual industries. The institution works with the different bodies of the country film business. Skillset goal is the raising of the skills levels in every domain of the British film industry. As a strategic UK organisation, Skillset develop and funds training solution.

It works also as an observer of the film industry and provides researches, analysis on the different segment of the industry. It alerts when and where the skills gaps and where shortages exist. It then rises funding from the industry and Government to develop and deliver solutions to address these problems.

The tremendous source of information that Skillset has collected within the different British film sectors has been recently compiled and put together into a unique interactive visual guide to how films get made.  The tool is known as “The Business – Understanding Filmmaking”.

The interface is organized into 12 sections that describe the film development from the original idea to the final distribution. Each of these stages contains six subsections. The subsections allow finding more about a job at a certain stage of the film production. “Every vital meeting, every key decision, every influential character” are displayed in the tool. “It takes you behind the closed doors of the film industry and shows you what's inside”.

For instance, “THE SHOOT” is one of the twelve sections. “THE SHOOT” section contains six subsections that cover the camera jobs but also the light, the sound, the insurance and others. From there, the exploration of  “The Business – Understanding Filmmaking” can continue further ahead. Go into the “LIGHT AND SOUND” to find a Skillset presentation for the Gaffer job.  A brief job description and an interview with Lee Walters – Gaffer will help the visitor to understand clearly what is the Gaffer function in the production.

The website structures different navigation options for a quick glance or for deeper reading. To have an overview of the film production stages and the people it involves, the visitor can “roll over” on a storyboard with illustrations that depict the film stages.  More detailed information can also be found in the form of FACTSHEETS that present the different film jobs in-dept. The job list now contains 10 FACTSHEETS. These can be found as PDF files.

Although the FACTSHEETS are mainly addressed to UK residents, there is a lot to find for Non-UK resident too. Among others, the FACTSHEETS presents the job description; the essential knowledge, the skills required, and the typical career routes to get the job. These routes tend to be more and more similar between Europe and Asia.

Upgrading the skill is vital. In a 2003 publication called “A Bigger Future” Skillset and the UK Film Council reminded the reasons of their policies of elevating the skills level of the UK film professionals. The worldwide film industry is expecting to grow by 6,3% a year from an estimated £42.3 billion in 2003. Because the film industry effectiveness depends largely on the people involved, the training and education is as vital as is, in the sea to “swim or to sink”

If not yet on your computer, you need to download Macromedia Flash Player to see this presentation. 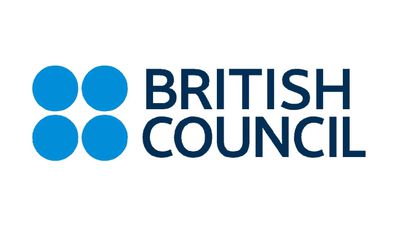