Magazine > French are Exporting their Festivals

The dialogs of the film are quite hilarious. A young guy sitting in the front of an old French car, tries to explain to his girl friend the meaning of his feelings. “They are stronger today than yesterday but, not as strong as tomorrow” The girl does not seem to have an ear for poetry. She wants to understand why the sentiment to her cannot be as strong today as they will be tomorrow.

The spontaneous laugh in the auditorium would make one forget that most of the audience uses headphones to follow the dialogs. The couple's conversation is simultaneously translated in a single female voice from French into Vietnamese.

The next film is a short digital extravaganza; “THE CRABS”. This movie does not require any dubbing. It is a parody of a war between two armies. Soldiers are moving like crabs and they are shooting and shouting all in an international language.

The show continues with the presentation of a total of 10 great short films, all selected from the latest edition of the CLERMONT-FERRAND INTERNATIONAL SHORT FILM FESTIVAL.

The concept of a festival retrospective is not new here. It was first introduced in 1997. Since then it has been repeated every year. And, this year again the French Cultural Centre and the French embassy - the main partners of the Clermont-Ferrand Short Film Festival had to organize a second screening evening instead of the one that was originally programmed. The next festival retrospective shall be for animation films with the ANNECY FILM FESTIVAL RETROSPECTIVE that usually comes in Hanoi in November.

“WINNING BACK LOCAL AUDIENCES IS ONE OF THE ESSENTIAL CONDITIONS FOR ENSURING THE EMERGENCE OF A REAL FILM INDUSTRY IN THE ZONE DE SOLIDARITÉ PRIORITAIRE.”

Such is the credo of the French Ministry of Foreign Affairs. A festival event does not only bring fresh production to an audience that is in increasingly hunger of short films. In fact, screening short international film here is also a call for a local production.

“This is maybe one of the reasons of my presence here” says Christian Denier - the retrospective organizer.The idea is to persuade young filmmakers to start shooting short films now. Short films may have a large distribution potential. Most of the film students met after the screening ignored the advantage to begin with short film first “. I am here to tell them not to wait to get a feature film budget. One has to consider the little chance given to feature film distribution. And, a feature film requires a budget that would allow them to produce 10 shorts.

The call from Christian Denier also comes at a moment when festival organizers need more films from the region. “Because short films production does not exist yet in Vietnam, our audience have to wait two years or more before they have a chance to see Vietnamese films (such as the films of director DANG NHAT MINH and Tran Anh Hung.)”. The situation is similar for many other Asian countries.

The Cultural Diversity is a goal under construction and, France, which has been piloting the concept for long, has set up a series of measures that concretely help filmmakers from the region. The most known of the film support fund is “FOND SUD” (English, Spannish, German). This fund which aid to film is about 110.000 Euros concerns creative documentary film, animation and feature films.

Financial aid is one of the supports to the film industry abroad. In this regard, France shows that cooperation goals are “stronger today than yesterday but, not as strong as tomorrow”. Do you understand?

To know more about the French aids to the Film industry in Asia, I have met with Nicolas BOISSEZ, the French Audiovisual Attache in Hanoi (Read more)

About 80 films from approximately 50 countries carry us off each year on a maelstrom of images.

A round-the-world tour of young cinema in 22 hours

THE FIFTH PRODUIRE AU SUD SEMINAR WILL BE HELD FROM NOVEMBER THE 23RD TO DECEMBER THE 2ND, IN NANTES DURING THE FESTIVAL OF THE 3 CONTINENTS, AND IN PARIS ON DECEMBER THE 1ST AND 2ND.

Deadline for the ONLINE registration: 30 June 2004

Chinese audiences get a rare chance to see UK films this year, as the British Council takes some of the latest productions around the country. 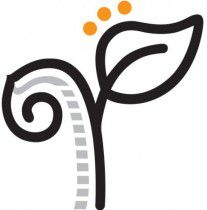