Magazine > The Fever of Repression

“Puaka Tebing Biru” is the most interesting Malaysian film of the year. But it’s not the best.


one of the three best films that the country has ever produced.

“Puaka Tebing Biru” was heralded as Osman’s entry into mainstream filmmaking. Using two established female movie stars as well as a rising male one, it was to have been a horror romance in the mould of Thailand’s “Nang Nak.” It was backed by Tayangan Unggul, one of the two main film companies in Malaysia.

Horror films were banned in Malaysia for two decades (for alleged contravention of Islamic decorum) but this was lifted in 2003. Since then, Malaysians have been making up for lost time. In fact, about half of the local films this year will have horror or supernatural elements.

“Puaka Tebing Biru” started shoot in 2005 but the production was beset by numerous delays. As is de rigeur for Malaysian horror, some of these delays were blamed on supernatural causes.

Some of the still images

When released in February, it failed to recoup its RM1.5 million (US$430,000) budget. What’s bizarre is that it also generated some hostile reviews. These were the same reviewers who did not complain about other local horror films that were worse in every way.

“Puaka Tebing Biru” is about a lesbian who returns to her coastal village to reunite with her estranged mother. She and her sister stop to rest at a different house along the way. It is here that the ghosts she had been seeing in the city manifest themselves more clearly. Her childhood friend, who had died giving birth to an illegitimate child, is now a ghoul, and there are others, too.

There’s plenty of acting talent and cinematic vigour in this flawed film. But reviewers instead complained about the (hardly taxing) non-linear structure.  I think the slightly disorienting approach works, because the film is like a fever dream.

People also criticized the excessive flesh on display. Let me explain. While chaste by European standards, “Puaka Tebing Biru” had its beautiful female stars with undraped shoulders, and its hunky male star shirtless. Ironically enough, Osman was merely referencing the classical Malay cinema of the 1950s and 60s, which were indeed more rustically sensual. But the increasingly bloated Islamic bureaucracy from the 1980s has made our cinema look rather puritanical.

A few scenes were indeed censored, but the remaining traces of lesbianism, illicit desires and illegitimacy made the film seem to exist on a different moral plane than contemporary Malay Muslim cinema. The fact that the man, rather than the women, is most blatantly eroticized also got commentators hot and bothered.

Although the ghosts fit the usual J-Horror stereotype that we have seen in “Ju-On”, and they appear too often to make much of an impact, “Puaka Tebing Biru” succeeds as a provocative, even perverse, examination of repression. One does not have to be Freud to see that the film is actually about the problématique  of Malay Muslim sexuality. Ironically enough, the tone of the negative reviews perfectly illustrate this, albeit unconsciously.

I don’t know if the film will play in any festivals. At 130 minutes, it is at least a reel too long. It may be too melodramatic to qualify as a Midnight fright movie, but an awareness of the cultural context that produced it (and which it critiques) makes it a far richer experience.


Although not considered a hit, it has still been seen by many more Malaysians than any of our films that have screened in European festivals (with the exception of Yasmin Ahmad’s “Mukhsin”). So although derided by some, it has entered the cultural vocabulary. Perhaps it also belongs in that international pantheon of auteurs (and I do think that Osman is already developing signature styles and themes) who try to smuggle personal visions into genre projects, with mixed results.

Osman has already completed a new film, “Anak Halal”, with the same company. The title is a play on “anak haram” (illegitimate/forbidden child), but it means the opposite. It is not a horror film (which is not to say that horror is a genre he will never return to). I can’t wait. 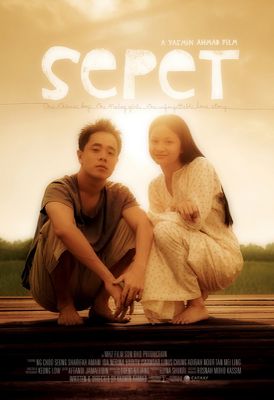 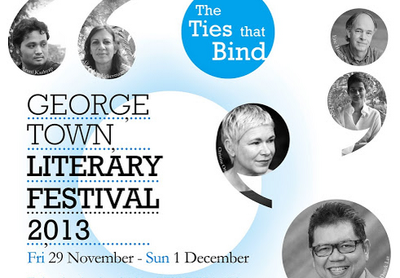