Magazine > FEFF Campus | Opening a Window to the World 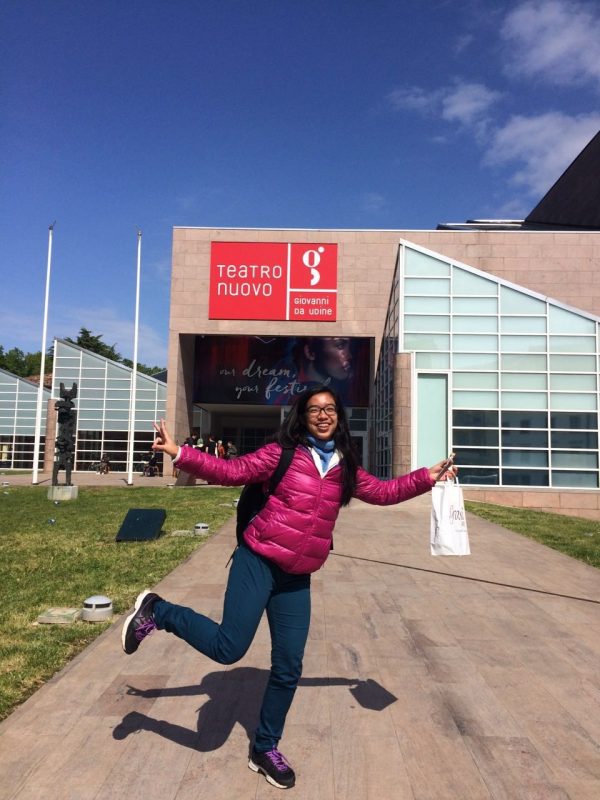 Singaporean Sara MERICAN was one of 10 aspiring writers to attend the ASEF-sponsored FEFF Campus in Italy in April. Here, she shares her reflections on the experience.

The 18th Edition of the Far East Film Festival (FEFF) hosted the second edition of its FEFF Campus programme. I am Sara, one of the participants of the programme, and I hail from sunny Singapore. I would like to share some of my experiences at the FEFF Campus, which took place from 22 April to 1 May 2016. If you take a look at the Campus page on the FEFF website, you will find a description of the Campus’ goals, and its details. After spending two wonderful weeks at the Campus, I decided to pick out some key terms, and share what they have meant to me.

During the festival, members of the Campus were spoilt for choice with the buffet of films on offer. At the end of each day, I would sit cross-legged on my bed, scan through the programme booklet and circle the films/FEFF Talks I was interested in. These notations would soon be scribbled over with amendments, as “the FEFF Talk clashes with the movie I want to see” or “we have a Campus seminar at the same time as the film” or “we have to squeeze in lunch … somewhere”. I loved this little ritual every night; it reminded me just how blessed I was for the entire experience, which I enjoyed very much.

Of course, watching so many films meant that I would come across several that I loved very much, a few that left no impression, a smattering that were “not my cup of tea” - and others that I admittedly disliked (with a passion). In one of the Campus seminars on film journalism, one of the biggest lessons I learnt was to look for the “five to 10 minutes” which shows me why the film was made, even if I thought it was a bad film. It is not about looking for “excuses” but rather, finding an element to celebrate, even if it meant searching a little harder. This to me embodied the spirit of film journalism (especially in writing reviews) - to pore over what others may quickly dismiss, to “see beyond” and offer a fresh perspective.

I believe one thing that is special to the Far East Film Festival is the intimacy of the entire experience. All the films in-competition at the festival are shown at one venue (the Teatro Nuovo), and this has allowed the festival’s energy and its people to be concentrated in one place. When I entered the theatre each day, there was a palpable sense of energy and excitement that absolutely pulsated through the venue.

Additionally, the intimacy of the festival had a huge impact on “learning” for members of the Campus. Initially, I was really nervous about meeting new people and striking up conversations. However, as I warmed up to the festival (and found buddies to navigate the experience with), I started to actively seek out opportunities to listen and learn from other people. As our Campus facilitator, Mathew SCOTT, shared with us at our first meeting: “This is a film festival. The people who are here are storytellers. They are people who love to talk and share their stories.”

Over the course of the festival, I met people who wrote for film magazines, distributed films, curated films, translated subtitles for films, and taught film; I met others who were involved in fashion, international relations, economic development, but who were at the festival to pursue a “personal interest” in film.


As a mere 20-year-old (who has not even entered university yet) from a tiny country just slightly north of the equator, these conversations showed me how big the world is, how vast the human experience is and how much I really do not know. The films at the festival taught me several things, but the people of the festival affected and inspired me even more.

The Campus project also seeks to provide a “cultural exchange” between participants. This was honestly one of the best parts of the entire experience. I remember on the first night, some of us sat around a computer and started talking about films, music and pop culture. This led to some frantic searches on Google for “the crazy music video from my country” or “the trailer of a strange French film”. These conversations gradually led to other ones, on national languages, politics and traditions. We laughed over the “stereotypes” we had of each other, and endured several hilarious moments of misunderstanding due to our different accents of English (Did you say “Rihanna is playing” or “It’s raining?”). We were each other’s window to another world, another country and another way of life.

The diversity within the Campus greatly enriched the subsequent nine days of film-watching, film seminars and discussions. We were no longer restricted by our own experiences, understanding and “frame of reference”. Through sharing with our peers, we learnt about the social contexts, cultural idiosyncrasies and subtle references that accompany each film, which we otherwise would not be privy to. For example, after watching the tantalising Ten Years from Hong Kong, the Campus was abuzz with opinions and emotions. It was obviously a film that moved members of the Campus. During the following Campus seminar, we flooded our peer from Hong Kong (Melissa) with questions. “What do Hong Kong people think about the film?”, “Do you actually fear these things that might happen in Hong Kong in future?”, “Do you think that full democracy will solve things?”. The cultural diversity of the Campus allowed it to become a powerful platform for dialogue among its young participants, truly forcing us to think beyond our borders.

My memories of the festival are inextricably linked to the sights and sounds of the beautiful city of Udine, which forms the backdrop for the FEFF each year. Before the festival officially opened, we were treated to a tour of the Japanese contemporary art exhibition Paradoxa, which was just a short walk from the theatre. One art piece involved the Japanese artist interacting and re-interpreting a historical statue found in the city, which I found interesting. It also set the tone for the “East and West” theme, which runs through the entire festival.

In between films, I spent my time exploring Udine. I wandered through the beautiful streets and squares, walked in and out of old churches, climbed a steep slope to the top of the castle, searched for cafes with “strong Wi-Fi” to finish up Campus newsletter articles, learnt about the (absolutely amazing) local prosciutto ham restaurant staff and of course, happily indulged in the gastronomic extravaganza of Italian cuisine. I saw the people of Udine going about their daily business - children on their way to school in the morning, people having a latte macchiato in the square in the afternoon, and families walking their dog along the streets in the evening.

The experience I received through the Campus has inspired me to relentlessly pursue my passion for cinema, in all its forms, cultures, shapes and sizes. The festival reminded me what a privilege it was to be surrounded by art, and be inspired on a daily basis. I will forever hold dear the memories of the films, people and food I came across in Udine. To the Asia-Europe Foundation, thank you very much for this opportunity. 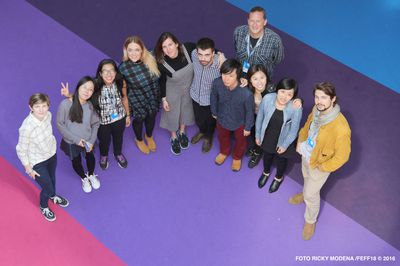