Magazine > Docs from the East

Ten candles for the Jihlava documentary films festival, which celebrated last month its 10th edition with all the ingredients to turn it into a major Central European film event. The success is the reward to the organizers who, for the time of the festival - succeeded to transform the little Bohemian-Moravian town of Jihlava (50.000 inhabitants) into a major meeting place for documentary filmmakers from Central and East Europe.

The success originates in the various ingredients that are the festival contents. IDFF Jihlava is made mostly out of documentary films produced in countries from the formal Eastern-side of the “Iron Curtain”. The festival audience is invited to follow the trends of filmmaking from countries that are not often exposed on the European screens; films from Armenia, Kyrgyzstan, Georgia, Tajikistan as well as films from the Balksans, from the Baltic States and form the European Visegrad group of countries

From the films to the talks

In what ways have the production conditions changed in these countries over the last ten years? What role do the local broadcasters play in the support of the documentary cinema? How many documentary films are made as international co-productions? These were some of the questions of the panel discussion held by the Institute of Documentary Film, during the festival.

Films from the East are increasing in number at other documentary international film events such as: VISION DU REEL - NYON, CROSSING EUROPE - LINZ, THE LEIPZIG IFF and IDFA - Amsterdam all of them regularly presenting excellent selections of films from the East. But, it is in Jihlava that the “Old-New Neighbours” meet again for programmes that include also the Star Silver documentary film market, the Panel Discussion, Pitching workshop that are entirely dedicated to films from the East.

The development of documentary films in these regions reached a level of maturity that deserves all the attention of experts and broadcaster who are now returning to Jihlava. For the Dutch TV AVRO present at the festival pitching programmes “East European films have left their narrow local focus while keeping their specific values.” This seemed to have been confirmed with an important number of offers made by broadcasters during the event.

It is in this context, where the film quality is getting established, that the festival launched its 3rd edition of the East Silver Film Market. The market offered an extensive survey of contemporary documentary films from Central and East Europe. For this 3rd edition- East Silver 2006, a total of 344 Central and East European documentary films have enrolled, from which: 45 films from Austria, 75 from the Czech Republic,10 from Estonia, 27 from Hungary, 9 from Latvia, 47 from Poland, 9 from Slovenia, 22 from Slovakia. The rest coming from other Non-ASEM countries from the Balkan to Central Asia have been also shown.

From the talks to the films

The East European Forum; another programme dedicated to the industry at the Jihlava IDFF hosted more than 70 documentary professionals from all Europe. This forum is the first of the genre that gives East European documentary filmmakers the opportunity to meet Europe's leading commissioning editors. With the EEF, the region of Central Europe has now “its first alternative to the existing funding models that entirely depend on state funds and local broadcasters” reminded one of the pitching participants.

As a mater of fact, since the forum was launched in 2001, it already helped 22 films to go to completion. The tendency will continue to grow-up with the latest film projects presented; the Hungarian “ZAHNMEKKA”, or the Polish-German project KOPAN as well as “CELUSKIN” have already found the interest of German and Estonian broadcasters.

From the films and the talks to the net

The festival and the Institute of Documentary Film, which closely supervise the film events, have placed unique resources on their official websites. These are other Bonus that will prolong the life of the festival all over the year. The Jihlava festival introduced the internet portal DOC-AIR - a tool that is intended to make the documentary work more available to festival art directors, distributors and that shall contribute to work as a mean of cultural exchange between various institutions, such as film schools and film institutes from Eastern and Western Europe.

The film was intended to be a portrait of a day in the life of a Japanese woman. The result is a narrative imbued with subtle humour about how the Polish filmmakers set out to pursue their original concept for the film of which they ultimately achieve almost nothing.
Ms. Otake is constantly busy, she puts off the filmmakers until later; when it finally seems that she is about to start speaking about herself, she goes on instead about the landscape outside the window. Cultural barriers present us from learning more than what etiquette permits. The universally poor level of English just reinforces the superficial experience: we can witness behaviour, but we cannot understand it. The director is the comic hero, the guest that in good faith wanted to convey a sense of life in another country, but in the end becomes a tiresome pest that the hosts feel compelled to drive off. He and the cameraman spend hours waiting. A remarkable feature of the film is the non-encounter it relates, which comes to form its central (and amusing) theme. 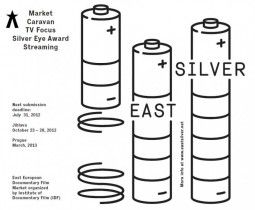