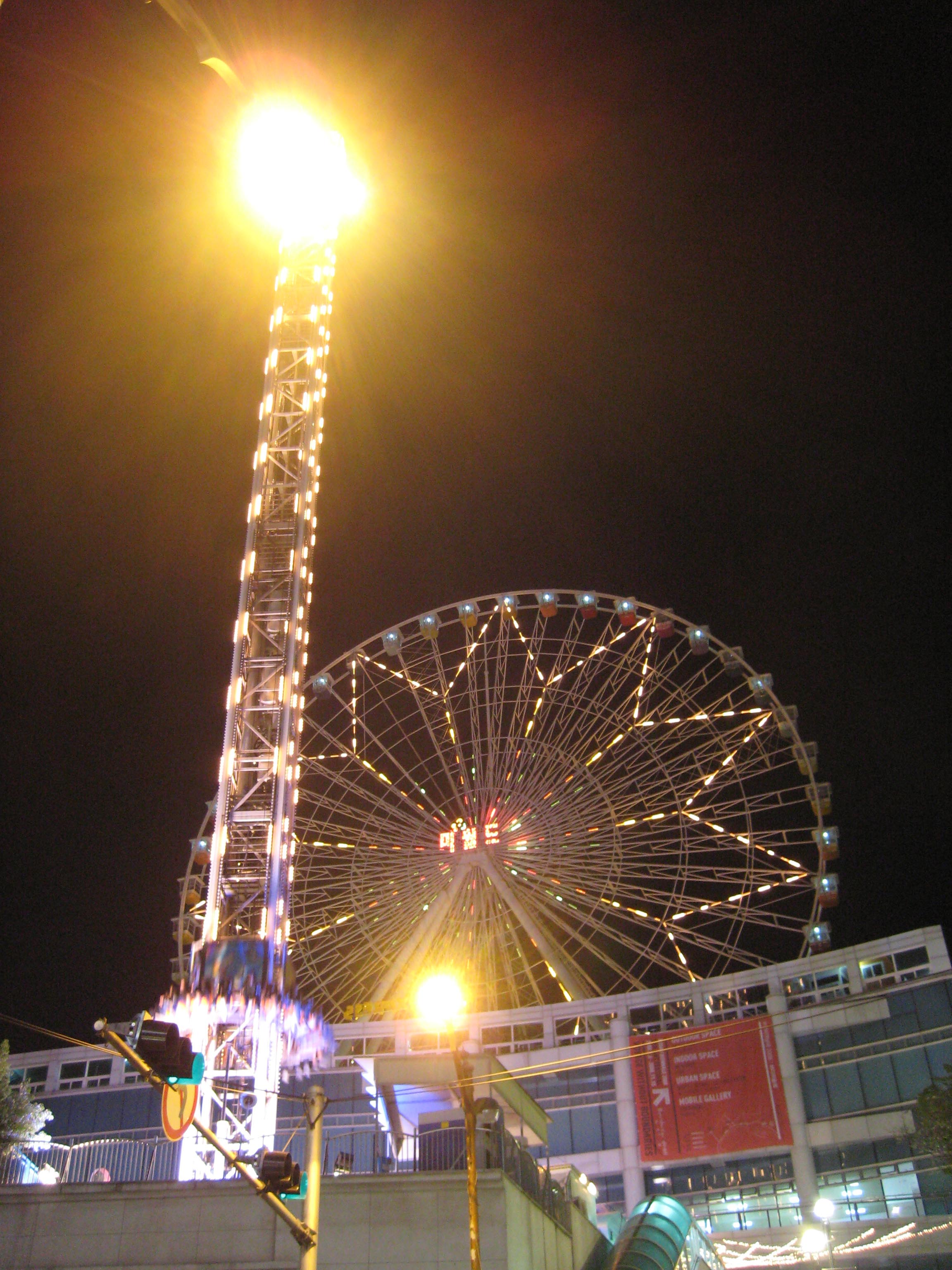 This year’s Busan Biennale takes place September 22 – November 24 at Busan Museum of Art and other venues. The Artistic Director is Roger M. Buergel, director of the controversial 2007 Documenta Kassel, perhaps the most highly regarded of international visual arts events. Llobet & Pons look at the history and development of the Busan Biennale and reflect on how it can find a balance between the local and the global.

With the title “Garden of Learning”, Busan Biennale 2012 has yet to announce the full programme content.   Nevertheless we can already see some significant changes. Firstly, the main show structure has been modified. Formerly comprised of three simultaneous events – a contemporary art exhibition, an art festival at the seaside and sculpture projects in public space, in 2012 the events have been separated. Although in previous editions all three were presented as Busan Biennale, the aims and curatorial approaches were so strikingly different, this may have provoked the split.

Learning Councils are also a particular form of organisation chosen by Buergel to bring artists and audiences in touch. Planned to encourage local people to play an active role in the exhibition’s creative process, Learning Councils consist of groups of 10-12 volunteers who organise monthly workshops, act as educators for the public and interact directly with the artists and curators over a 10 month period.

Before the programme detail is revealed, it is worth looking at the history of the show and how it has developed from its early beginnings over thirty years ago.

The origins of Busan Biennale

The Busan Youth Biennale, an exhibition of young artists’ work, was first organised in 1981. Then as part of the cultural activities linked to the Olympic Games in Seoul, new initiatives arose, such as the “Sea Art Festival” (1987) and exhibitions and symposiums on sculpture in public space (1991). From these various precursors the “Pusan International Contemporary Art Festival” started in 1998 and was renamed the “Busan Biennale” from 2002.

The show is organized by an independent NGO, the “Busan Biennale Organizing Committee”, and funded by various government and private organizations. Busan Biennale has traditionally included three autonomous events: "Contemporary Art Exhibition", "Sea Art Festival" and "Busan Sculpture Project", each with a different character and organisation. In 2012, the “Sea Art Festival” is no longer part of the biennale, having taken place in 2011, and there is no indication on the website that “Busan Sculpture Project” is still part of the programme. 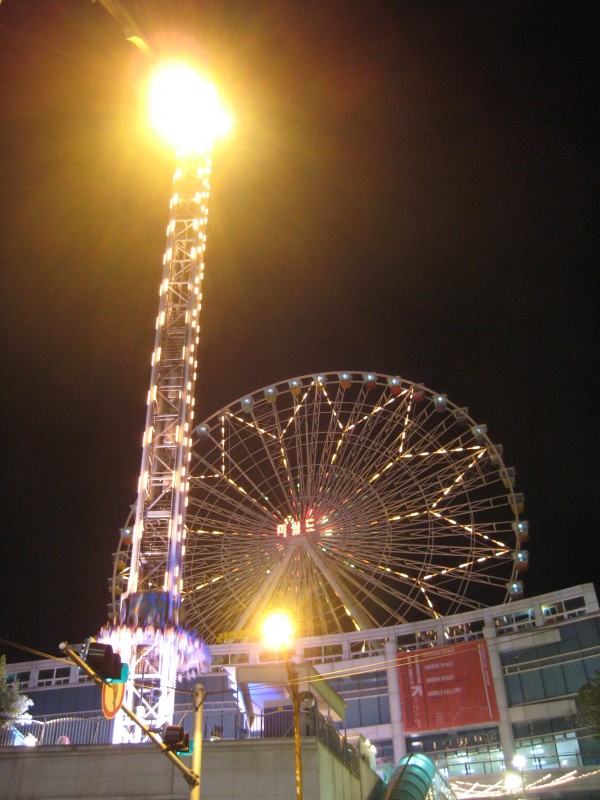 The content and focus of the Busan Biennale have shifted considerably between the local and the international. In previous editions, the "Contemporary Art Exhibition" presents as a major exhibition of art, comparable to other international biennials. It has always carried the strongest weight of the whole Busan Biennale. Many of the exhibition participants are young but already internationally renowned artists. "Sea Art Festival" and "Busan Sculpture Project" have focused on public sculpture and, in contrast, the participants have been less well known and many are local. The artworks presented at "Busan Sculpture Project" have been more traditional works, categorised by materials of steel, stone and bronze.

An interesting aspect is that the public artworks of the "Sea Art Festival" are installed on onshore and offshore sites by the main city beach where crowds of people see them every day, making it a popular mass art event, as opposed to the more exclusive museum-based "Contemporary Art Exhibition". Around half the artists participating in the “Sea Art Festival” have been selected through an international open call, an unusual feature for an international biennial.

From the curatorial side, we can also observe this oscillation between the local and the international. For a long part of the history of the show, the curators and artistic directors were usually Korean. Then the biennale started to include mixed groups of international and local professionals, mostly for the "Contemporary Art Exhibition". In recent years there has been a much more international approach. In 2012, for the first time, an internationally renowned curator has been appointed artistic director. This follows in the steps of Gwangju Biennale, which had a similar local/national character until it selected Okwui Enwezor as curator in 2008, also a former Documenta Director.

A biennial in a Korean city that is not called Seoul

Busan is South Korea’s second largest city and the country’s most important port. Located at the south-east corner of the Korean peninsula, with a population of 3.6m, it’s a major city but how can it compete with the capital Seoul, a metropolis with almost half of the entire population of South Korea? And what is the relationship between Busan and Seoul?

The differences in the development of South Korean cities are enormous. Seoul has been the lead actor at all levels (economic, cultural, etc). The 2006 Busan Biennale, provocatively titled "A Tale of Two Cities", addressed South Korea’s over-centralisation, searching to analyse the impact of this conflict in the structure and psychology of Busan. In the introductory text to the show, artistic director Manu D. Park pointed out that, since the start of South Korea's modernisation process, Seoul has been the centre of attraction for people from smaller cities migrating in search of work. This enormous flow has led to overpopulation in Seoul and to an imbalance in the development of South Korean cities. The need for de-centralisation and de-concentration in South Korea is, in his opinion, a central task for the coming years.[1] 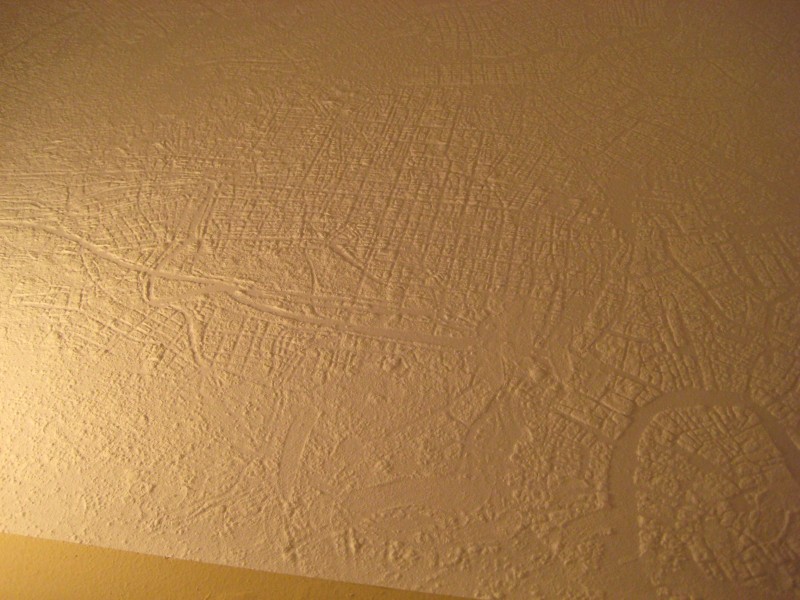 Proudly positioning in the local

Biennales might be to the visual arts the ultimate manifestation of a globalised world, but there are exceptions, and Busan Biennale is certainly an interesting case. The organisers and curators have defined its identity in many ways over the years, highlighting certain aspects and attributing different characteristics to the show. In recent years there has been a shift in the Biennale’s image in the minds of the public, as it has acquired a much stronger international flavour. But there has been a proud defence of a certain local character in some previous editions.

In the Busan Biennale 2004 catalogue, artistic director Tae Man Choi pointed out: “we should realise the biennale – which is an advance guard point as well as a missionary of globalisation when it comes to contemporary art – can work out as a device to extend and reproduce the ‘global standard’. Thus, the role of Busan Biennale as a local biennale is to suggest another spectrum to derange it”[2]. Choi also referred to Busan Biennale as “a local biennial which refuses the tendency of similar events that see themselves as pioneers of globalisation, but only offer a globally standardized programme”. This is quite a statement!

Also in Busan Biennale 2004’s catalogue, fellow curator Manu D. Park sees the advantages of the local character of the show: “In this respect, Busan Biennale is unique. It has been organized exclusively by Korean curators, without dependence on their foreign counterparts. Korea typically holds a few large international contemporary art exhibits, which are highly influenced by foreign curators, but this exhibit is different.”[3]

Interesting manifestations of the local art scene are vital to overcome standardised programmes, and the engagement of the local community helps avoid self-indulgent ‘blockbuster’ exhibitions. However, this alone does not automatically turn a show into a good show. Trying to exhibit something other than the ‘usual suspects’ and offering a personal and reflected view requires a lot of time and effort; and unfortunately this is not top of the agenda of all such events.

Refusing to realise standardised exhibition programmes is a daring act that should be encouraged. But can a biennale afford to be local these days?

Biography: Llobet & Pons are a Spanish visual artist collective based in Berlin. They have participated in projects and residencies in European and Asian countries, for example at Akiyoshidai International Art Village (AIAV) in Japan; Seoul Art Space Geumcheon in South Korea and Platform Garanti in Turkey. They have also presented their works at international art spaces such as Studio1 – Bethanien and The Process Room at the Irish Museum of Modern Art. In 2012 they will be residents at Lokaal01 in Belgium and Hangar in Spain.

[1] Cf. Manu D. Park, “Living in Two Different Cities While Looking at Each Other”, in: http://www.sulki-min.com/busanCAFE 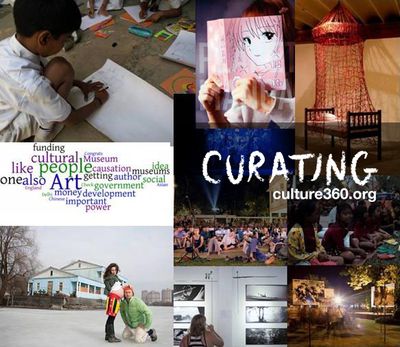