Magazine > Australia as a two-way portal between Asia and Europe?

On April 30th, Melbourne based cross-art form organisation Not Yet Its Difficult (NYID) organised the forum Asia + Europe = Australia. Lesley Alway, Director of Asialink Arts was among the speakers. She reported to culture360.org on the main highlights and views that were shared in the Forum.

David Pledger, Artistic Director NYID, began the Forum by setting the scene. He highlighted the growing significance of Asia internationally. He added his provocation saying that:


"Australia's success in the 21st century depends on its capacity to develop multilateral strategies in the area of international policy, and, specifically in the cultural domain, in the cultivation of Australia as a two-way portal between Asia and Europe”.

Pledger noted as well a number of concurrent events that reinforced his thesis, such as the nomination of Australia as a Third Party Country in 2013 by the European Commission for cultural projects, the proposed 37% increase by the European Commission for its 2014-2020 Culture Budget under the banner Creative Europe, the recent inclusion of Australia in 2010 in the Asia-Europe Meeting (ASEM) and the current Australia in the Asian Century White Paper.

In addition to this, the panel noted that Australia is currently awaiting a new National Cultural Policy that will set the agenda for the next decade, and that international cultural engagement has been raised as a key policy issue.

It was also noted that Europe has a strong history and legitimacy in Asia in its own right, so it does not necessarily require Australia to be its ‘portal’ into Asia. While Asia is significant for Europe, economically, socially and politically, Europe also had robust strengths in its own right and should not be perceived as the ‘past’ but should focus on its contemporary contribution and the future.

The main key points raised by the speakers were the following:

Overall, the forum speakers recognised that much has changed over the last two decades and older style models of cultural engagement based on ‘nation-state’, bilateral export marketing were no longer likely to be effective and that new models based on partnership, collaboration, reciprocity and multilateralism were more aligned to priorities in Asia.

These new models might lead to more ‘authentic’ models of engagement but Australia must be more confident in asserting it’s identity that is increasingly multicultural, and reflective of Asian influences and heritage as much as Anglo-Saxon and European heritage.

As much as Australia may be perceived as a portal for Europe to Asia, so too might Australian European engagement be an opportunity for Australian profile in Asia given the very real prominence and status of many European institutions and cultural events for Asia.

Whereas Australia is perceived to have geographic proximity to Asia, in fact much of Europe has similar proximity in terms of flying time. But, real or perceived, Australia cannot take this proximity for granted as Europe is in fact investing significant resources into cultural engagement through such organisations such  as the Goethe Institute, the British Council and the Asia- Europe Foundation(ASEF).


Indeed, playing a greater role in ASEF programmes may provide Australia with an opportunity to increase its engagement with Asia.

Lesley Alway is the Director of Asialink Arts.
Asialink is a non-academic centre of The University of Melbourne that promotes public understanding of the countries of Asia and of Australia’s role in the region. The organisation is a key provider of information, training and professional networks. 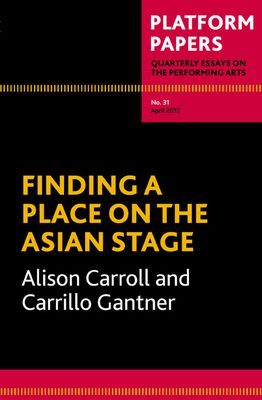 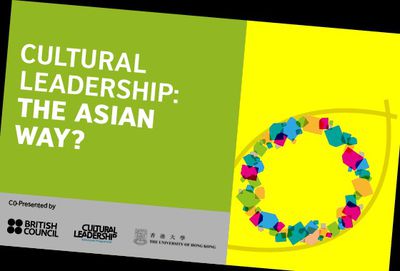 Not Yet It's Difficult | Asia + Europe = Australia 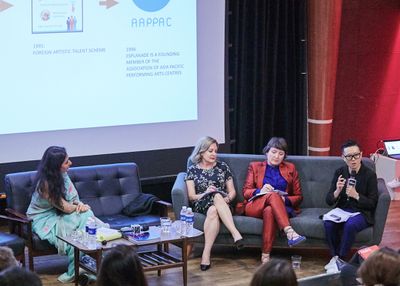