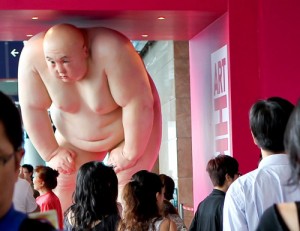 ArtHK 2010 (Art Hong Kong) scheduled to take place in its third edition from 27th – 30th of May 2010 at the Hong Kong Convention and Exhibition Centre is an Asian contemporary art fair that has recently gained visibility with the international art community for showcasing the best of contemporary art from the region. With international galleries represented from new art capitals in Asia such as Shanghai, Mumbai, Seoul and Karachi, it also boasts of prominent international galleries from the traditional art capitals from the west such as London and New York.

Anjali Devidayal C360 (Asia) Editorial Contributor in conversation with Magnus Renfrew – Director, ArtHK addresses questions that relate at to the role of ARTHK 2010 as a vital event that provides a comprehensive platform for the Asian art scene to network, trade, exchange ideas and track international trends. The aim of the interview is also to delve further into the aspects of the fair that define it as an important cultural and educational platform for Asian audiences in the steadily growing art capital of Hong Kong.

Anjali: ArtHK is in its third edition this year, how do you plan to make it different from the first two years?

A: Has the recent economic recession affected your planning in the fair this year? And if so how?

MR: Actually it was quite a challenge for us last year in terms of trying to assure the galleries that we were going to do this (the fair), that we were going to be able to deliver an audience last year. Of course in the early part of last year, a lot of galleries were feeling quite unsettled and very stretched financially, because cash-flow was a major issue, so they were really having to really reassess what they were doing. Thankfully, I think Hong Kong makes such good sense for so many logical reasons in terms of there being no issues of tax on import and export of works of art and also its location at the heart of Asia that we were able to reassure galleries that they would see a good attendance. For this year, strangely the economic downturn has perhaps played in our favour. Because of the downturn in Europe and the west in general people are not just focussing on the traditional strongholds of art centres such as New York and London. Everybody’s looking into expanding into new markets. In the past galleries have thought that doing an art fair in Asia is quite progressive and perhaps a bit adventurous but I think it’s now becoming quite central to their long-term strategies mainly because Asia is the centre of immense wealth. Galleries really can’t afford to ignore Asia any longer.

A: Having said that, were there any challenges setting up a project such as an art fair in Hong Kong?

MR: Actually I have to say that Hong Kong is a remarkably easy place to do business. There are already a lot of international businesses in Hong Kong and English is commonly spoken. Besides it is a very exciting and vibrant Asian city, in the sense of familiarity, versus the adventure one actually feels when going to Tokyo or Beijing. There is a certain comfort level doing business here also probably because in Hong Kong (perhaps as compared to other places in Asia) you have a very strong infrastructure, it being the financial centre of Asia, the international standards of business law…..there is a great degree of transparency in transactions. It also has lots of advantages in terms of logistics, getting shipments in and out of Hong Kong that don’t have the same lengthy turnaround times that could possibly be in say Shanghai or Beijing for example. Across Asia really the art market is very young and there is a huge potential for growth. The real challenge that all art fairs in Asia share is the fact that it’s a very young market and education is absolutely key. In the west, I think people are quite used to the model of buying art from galleries and from art fairs and people are quite forthcoming in terms of asking questions. In Asia I think the culture is a little bit different and there is a certain intimidation factor involved in the purchasing of art. I think that we have to work very hard in terms of trying to reduce this intimidation factor surrounding the process of buying art and viewing art.

A: How have you used Art HK as an educational and cultural platform for Asian audiences?

MR: I think that an art fair really builds on what you call value trading because of the quality of work that’s on view and the geographical diversity of work. There is also currently a pysche of art fair fatigue in the west and I think people are always willing to look at new ideas coming from another part of the world.….so we’re really trying to be a new art fair that reflects the new world order…to a certain extent. So when we find 150 galleries from 28 countries on view and that has got to engage in a number of ways. The first of course is that as well as being a platform for the trade in art, an art fair is also an opportunity for people to come and look. People don’t have to necessarily have to buy so it’s also something of a cultural event. There is also an education programme that runs alongside the art fair which is organised by the Asia Art Archive, so we have a discussions, film screenings and lectures from curators, artists, collectors. The main advantage is that it is the curators, collectors and artists speaking at these events, gives people the opportunity to learn a little more in-depth about the work that’s being produced and international artistic trends as well. Around the fair there are curated talks in English, Cantonese and Mandarin being organised by Para-site art space and there very much entry level introductory tours as it were. It just gives early collectors perhaps an little starting point just being able to let them have the works interepreted for them. In addition to the display element of the fair, an art fair attracts curators, collectors and gallerists from all over the world so it’s also a platform for networking. We’ve had a Hong Kong artist for example who did a performance at the art fair whose work is now being taken up by an international gallery, so she now has international representation. There are interesting relationships that are created at these events that can often have very unexpected results and that really is something that we would really like to continue to foster and that makes it very interesting melting pot.

A: Could you tell me a little bit about your association with Deutsche Bank as the lead sponsor?

MR: Yes, Deutsche bank has come in as lead sponsor this year for up to five years. Deutsche bank has had a very well established and distinguished relationship with the arts…..patronage of the arts and also with collectors of art. They have a fantastic corporate collection as well. All this means that it is a very mutually beneficial relationship and its been rapidly becoming the leading art fair in Asia and we have an exceptional attendance of high-net worth individuals who attend who are Duetsche Bank’s target audience. But also Deutsche Bank has a very extensive network of private wealth management clients in the region and so it’s great for us that they can pro-actively attract these people to attend the fair. So it’s a very fruitful relationship on both parts.

A: What is your vision for the future of Art HK?

MR: Well I think moving forward we hope to maintain the level of quality as well as the geographical diversity. It is very important that we ensure that we have a top level line up of galleries participating to ensure our stringent selection criteria. The other thing that we are committed to is that we would like to build the audiences at every  level by ensuring that we have works available for sale at the fair from as little as 1000$ right up to tens of millions. So, we want it to be something that is quite inclusive in that respect. My hopes for the future are that Art HK continues to develop as it has in the last couple of years to be in an extraordinarily strong position as so far this is the emerging consensus from the international art community that Hong Kong is the right place to hold an event like this. We’ve gained considerable momentum so I would hope that we will be able to attract more galleries and audiences from even more diverse constituencies around the region to ensure that we have a sufficient breadth of collector base to sustain an art fair like this. 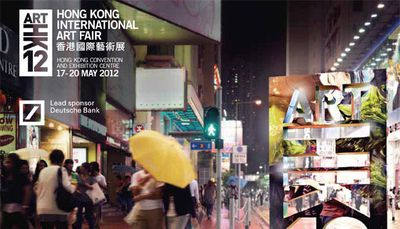 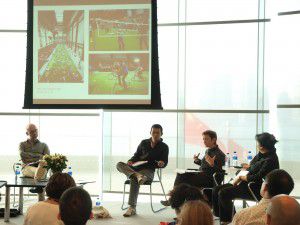