Magazine > Art, autism and love: The world of Nem

Art, autism and love: The world of Nem 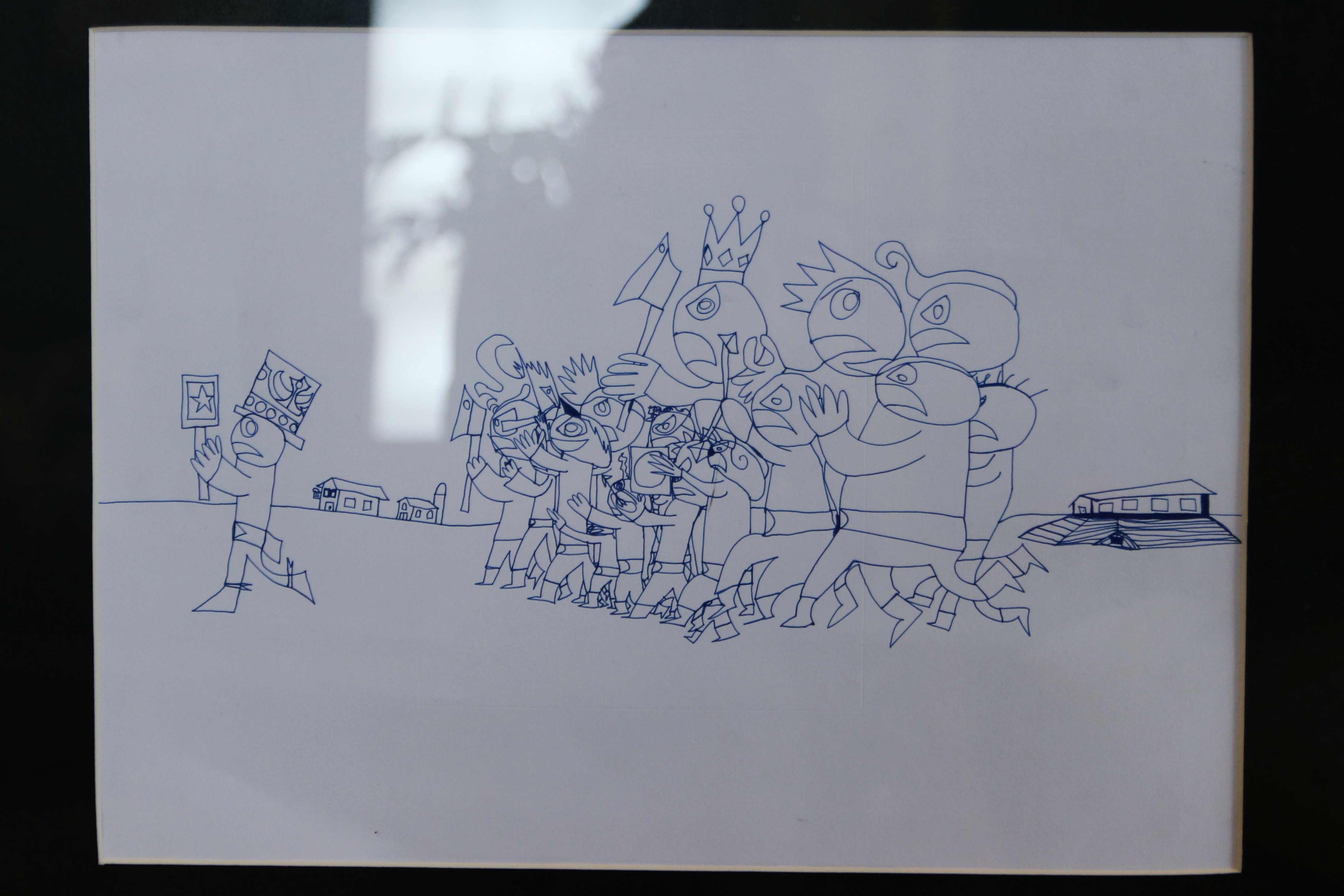 This December, ASEF culture360 closes its collaboration with ArtsEquator.com on the topic of Art & Disabilities in Southeast Asia with an article by Ha Dao. This is the story of Nem, an autistic child with an amazing talent for painting and drawing. Through his works, Nem’s story is helping raise awareness of autism in Viet Nam.

“I like this one especially. He draws his fear", Nem's mother, Ms. Phuong, points to a framed drawing on A4 paper that shows a peculiar looking character relentlessly chased by a group. One day after class, Nem was silent as usual. It was only after seeing the drawing that Ms. Phuong had an inkling that something had happened – she found out that his classmates had been trying to talk to Nem, but the sensory processing disorder common in children with autism interpreted the signs of goodwill otherwise.

This is but one example amongst thousands of how Nem, the nickname of 11-year old Dinh Chi Ha, channels his emotions through art and how others can get a glimpse into his unique way of interpreting the world. Today, Nem is among the most prolific young artists in Vietnam, with multiple solo and group exhibitions under his belt. 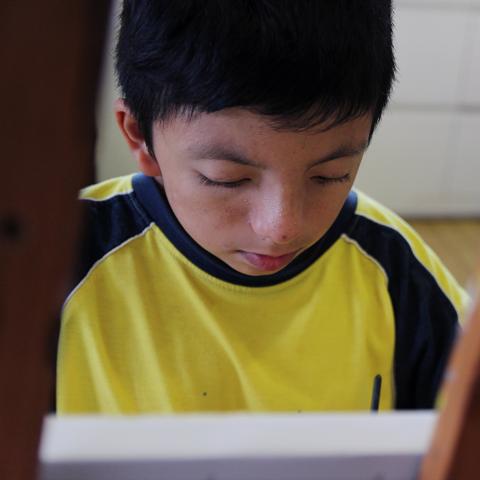 Like a small seed, his talent has had the opportunity to grow, thanks to constant nurturing and tending from those around him. Over the past 5 years, Nem has been studying with the same art tutor, who has been patiently researching effective teaching approaches for students with special needs. Not only do various painting techniques introduced by her open up different creative possibilities, they also tremendously strengthen his concentration and self-regulation. When Nem first started practicing at the age of 4, sitting still for 10 minutes seemed like an endless struggle; now he can focus on making art for hours with ease.

While the creative outcomes might be what the audience care about, the little artist fixates only on the process of translating ideas into shapes and forms, which helps him release turbulent emotions and stay calm in difficult situations such as in a big crowd or when surrounded by constant noise. 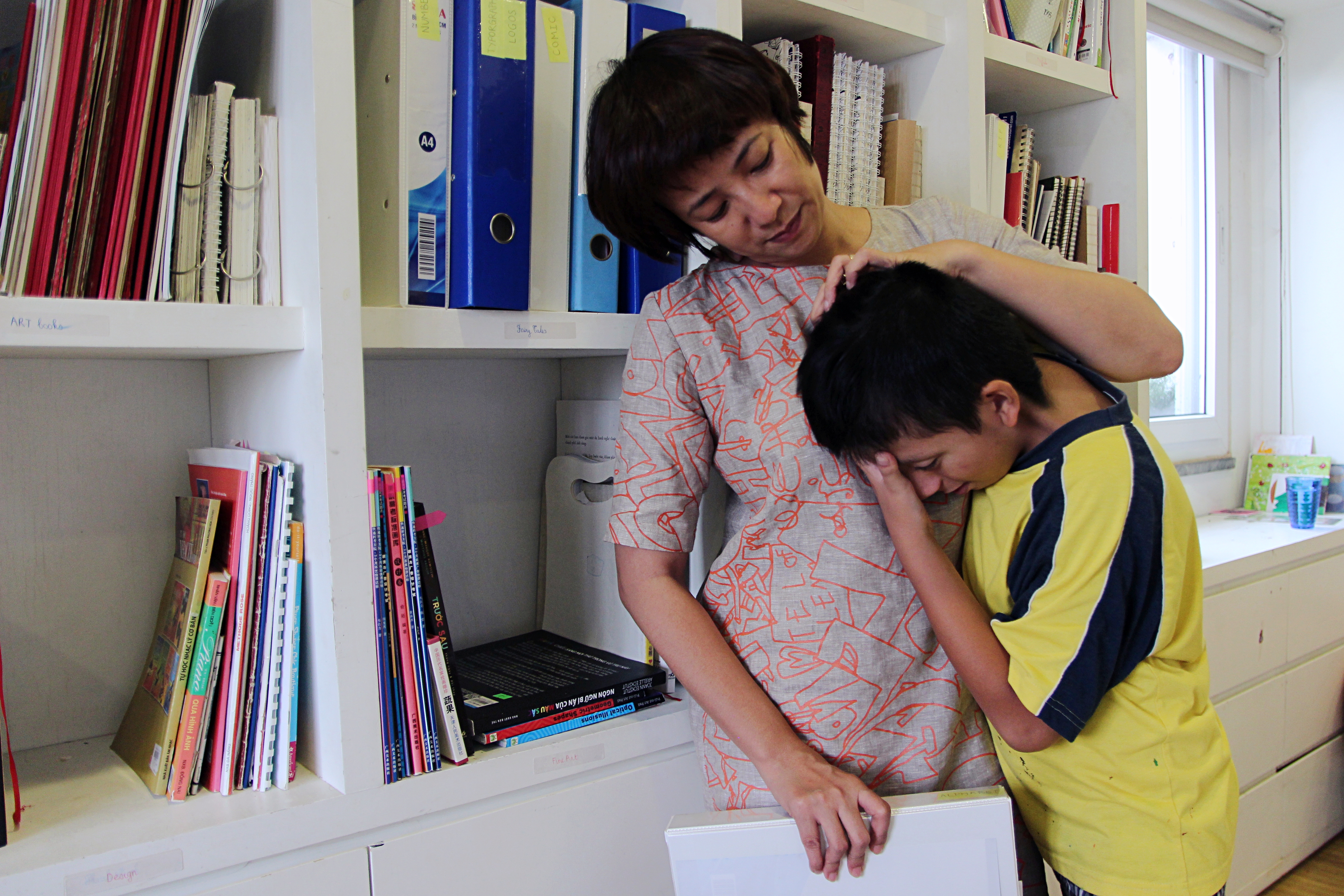 His experiment with painting big chunks of bright colors yields striking results, but drawing is the medium Nem first picked up and truly excels at. With the help of his father, who early on recognised his need to express himself on paper, Nem has been visualizing his world through lines, non stop, everyday, with the most readily available tool he could find: a ball-point pen. Nem learnt the basics by finishing simple drawings of objects made in advance by his father: he draws an apple, Nem adds its leaf; he draws a pill, Nem joins with a cylinder. From depicting common everyday scenes, Nem has become bolder in revealing his unfettered imagination in intricate lines.

Overwhelmed with feelings yet limited by words, Nem draws quickly and decisively; the composition is particularly tight as if the frame cannot contain his racing thoughts. "If he was like other children, he would talk all day", Ms. Phuong muses. It was an emotional moment for Ms. Phuong to look at his drawings and know that Nem does think of and relates to people around him after many silent years. For him, art is a tool of communication. For his mother, it's how she gets to know her own child. 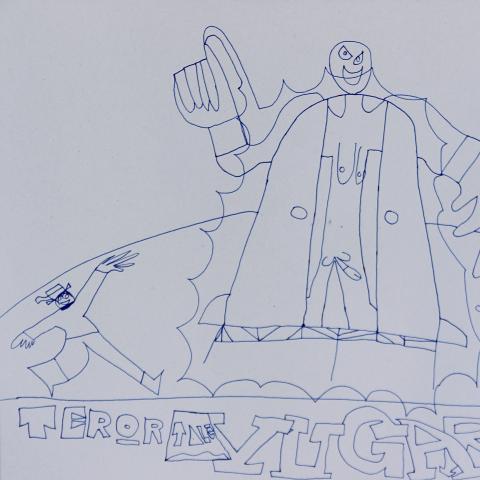 Ms. Phuong rummages through the cabinet to find some of Nem's new works. As Nem makes around 20 pieces a day, after years they have become a massive pile which she only attempted to categorize recently. Nem is going through puberty at the moment, and the imagery of genitals appears quite often as a result. Parents normally fear such a turbulent time, but Ms. Phuong embraces it with earnestness: “I'm actually glad that Nem is observing the changes in his body”. Nem draws himself, family members and scenes he has seen from books or the Internet. Other concurrent themes are drawn from his innermost feelings, such as graveyards with tombstone embossed with “R.I.P” that reflect his chronic anxiety. The subjects show an acute sense of observation, an intimate connection and creative realisation of his actuality.

When asked if Nem would want to pursue art as a profession, Ms. Phuong said it's too soon to know. To be able to live on one’s passion is ideal for anyone, but it's a common case that autistic artists drop their hobbies when they reach adolescence. Still, she collects his works, framing and hanging them inside their own home, turning it into an art gallery. Some have asked to buy his paintings, but Ms. Phuong is neither sure about pricing and nor does she want his works to sell well out of sympathy for his disorder. Raising an autistic child is a lonely undertaking in Vietnam, and once again she confronts the lack of public support for Nem's artistic flair. 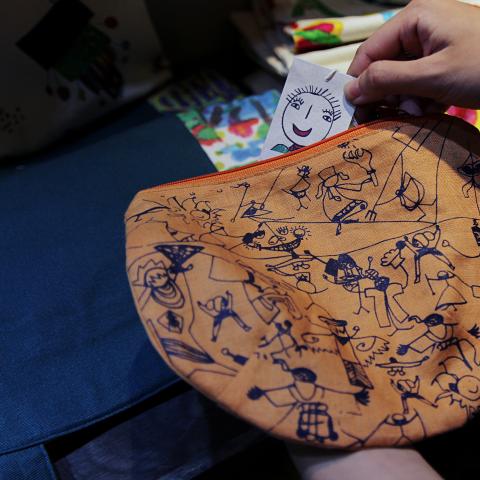 At the moment her effort is scattered, but his past exhibitions I am smart in a different way and Nem’s Story are helping to lay the first bricks of public awareness of autism in Vietnam step by step. Since 2016, Nem was chosen to be among a few “little artists” whose works are printed on fashion and lifestyle products by the social enterprise ToHe. While the organisation is dedicated to fostering creativity among disadvantaged children through art activities, only works by a handful of young artists that demonstrate a consistent and original style are picked to be made into collections. Under the trade mark ToHe&Nem, his drawings have been distributed in the form of funky-looking pencil cases, aprons, scarves, etc. Ms. Phuong proudly rocks an ao dai printed with her son's drawing, saying that this is one of the tangible outcomes of his works, which has hugely boosted his confidence. 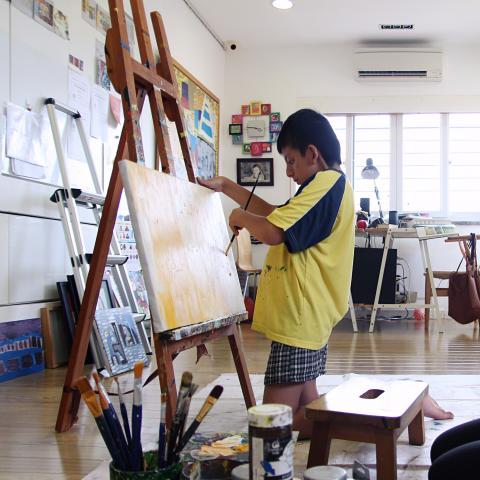 After all, as his mother and also his teacher, Ms. Phuong feels that the greatest merit of drawing is that Nem feels joy.

It is arguable because of, not despite, his difficulty in verbal communication and bodily movement, that his artistic expressions are fueled. In Nem’s world, autism, art and love are inseparable.

Ha Dao is a Vietnam-based writer and photographer whose work focuses on minority groups. Link to website http://www.ha-dao.com/ and Instagram: https://www.instagram.com/hadaowashere/ 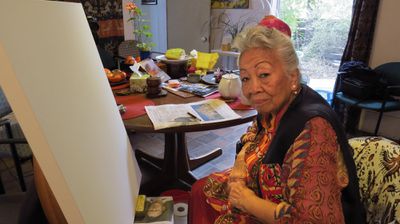 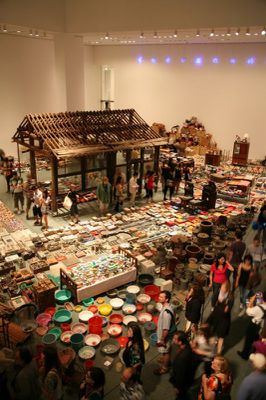