The State Opera and Ballet Theatre “Astana Opera” was founded on the initiative of the President of the Republic of Kazakhstan in 2013.

The building itself is the pride of Astana. It’s is on a par with the world’s leading opera houses, such as La Scala in Milan, the Teatro Real in Madrid, the Bolshoi Theatre in Moscow and the Metropolitan Opera in New York among others.

It is built based on the best traditions of classical architecture of the world, while its theater architecture underline the Kazakh national character.

It is constructed on the basis of the best classical architectural traditions in combination with Kazakh national motifs. The orchestra pit is designed for 120 musicians and, if necessary, can be used to expand the stage area. The Theatre’s chamber music hall can accommodate 250 people. It is designed for chamber music concerts, performances of various music ensembles, chamber choir, or small symphony orchestra performances etc 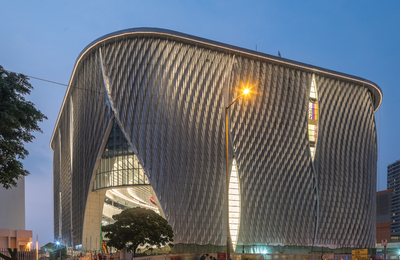