The Philippine Philharmonic Orchestra (PPO) is the country’s leading orchestra, widely regarded as one of the top musical ensembles in the Asia Pacific Region.

The PPO was formally inaugurated on May 15, 1973 as the CCP Philharmonic Orchestra and was initially intended to assist artists performing at the CCP Theater. The PPO keeps a busy schedule with its regular concert season, performances, special concerts, and outreach performances. It has performed with many of the world’s most renowned conductors and has also performed with some of the very best Filipino and foreign artists.

The PPO has performed with many of the world’s most renowned conductors including Mendi Rodan, Piero Gamba, Yaacov Bergman and Nicholas Koch.

The PPO has gone on a very successful European tour and participated in the Asia Orchestra Week 2002 held at the Tokyo Opera City Hall. The orchestra performed in a hugely successful Charity Royal Command Concert in September 27, 2004 at the National Theater in Bangkok, Thailand, upon the invitation of Her Royal Highness Princess Galyani Vadhana, the older sister of His Majesty the King of Thailand. This was a project of the Fund for Classical Music Promotion, a nonprofit charity organization that gives out scholarships to young, talented and needy musicians to further study music, in cooperation with the Embassy of the Philippines and the Ministry of Culture of Thailand.

The PPO has premiered Filipino compositions and has featured works by foreign composers not yet performed in the Philippines. It continues to promote music appreciation through outreach concerts in schools, parishes, government agencies and underserved communities in Metro Manila and in different regions in the country.

Cultural Center of the Philippines 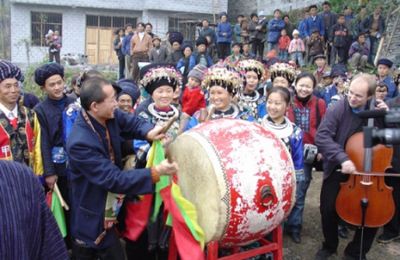