The New Voice Company was established by acclaimed actress and director Monique Wilson in 1994. With an exceptional reputation for innovative and socially provocative theatre, the company has made its mark as the most political, social and feminist theatre group in the country, dealing with contemporary political and social issues.

The NVC is one of the Philippine's premiere theatre companies .
It is driven by a vision: to produce theatre that enlightens, inspires, educates, informs and incites to action - to create theatre that becomes a powerful catalyst for change and a necessary tool for social transformation - theatre that awakens.

The NVC is fast gaining a name as one of Asia's most respected and acclaimed theatre groups. Their innovative staging, never-before-seen daring and courage and highly polished and provocative productions have set a new trend in theatre. The exceptional quality of their performers is a testament to the company's commitment to training.

The NVC Actors Studio - home to the company - is a professional base where year long theatre training programs in the performing arts, direction and production/ technical management are offered. It is also a base where new and experimental theatrical works are created.

NVC productions - that have dealt with issues ranging from women's rights, sexuality, incest, globalization, gender inequality, sexual harassment, homosexuality, poverty, oppression and violence against women, among others - moves us to act rather than talk. Questions rather than gives answers. Analyses rather than accepts. Inspires theatre that is revolutionary rather than reactionary….and creates theatre as a force of change. 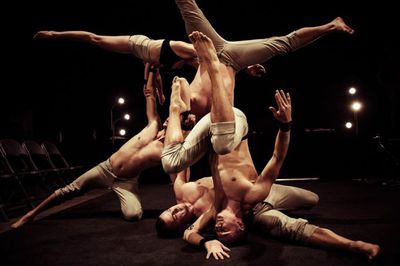