Journalism is defined as the communication of news and is a contemporary report of the ever changing world and times in which we co-exist today. Journalism plays an important role in collecting and disseminating news in a rapidly globalized yet increasingly dependent world. It is also responsible for educating and guiding society. By informing people, Journalism creates awareness amongst people and helps individuals form opinions, make decisions, and motivates them to make a positive difference in society.

Advancements in technology have made leaps in recent years, completely revolutionizing the world of journalism.

Journalism has branched into new areas, from print media, it has moved into the exciting world of electronic media. There is no issue and no part of the world that media does not effect. There are now completely new fields of theory and practice not heard of 2-3 decades ago, i.e. , Mass Communication.

Mass Communication encompasses literally all the media-related fields we can think of , whether it's newspaper and television news reporting , television and radio program production , or the creative fields of advertising and documentary film making. There is no denying the power of the media today where news and images can alter perceptions of entire nations all over the world. In such a scenario, education and training in Journalism and Mass Communication has now become the order of the day and these programmes are considered essential elements of the core curriculum of colleges globally.

The courses of all four years add up to 80 credit hours. A brief summary of the course is as follows: The first year is an introduction to communication and print journalism (theory). The second year covers newspaper production and techniques, both theoretically and practically.

The third year deals with theoretical introductions to advertising, public relations and electronic media, combined with a study of international relations and current affairs. There are also practical courses on advanced reporting and magazine production. The fourth year focuses on research, informing students of the basics of research methods and a study of other research-based subjects such as gender and development. Along with theory, students are required to submit two research projects. 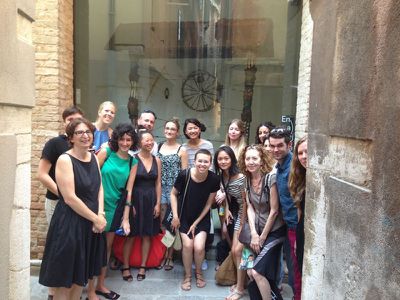