IFACCA (International Federation of Arts Councils and Culture Agencies) has published a new report D'Art Topic No. 43: Government Policies and Support for Design

This report provides an analysis of a short survey, conducted in 2012, about government policies supporting design.

Design policy had been identified as an area of interest for members of the International Federation of Arts Councils and Culture Agencies (IFACCA). In June 2012, IFACCA held two key meetings in Helsinki, Finland, in partnership with the Arts Council of Finland. One of these was for researchers from national arts councils and ministries of culture, and the other was for IFACCA's European members. As Helsinki had also been named the 2012 World Design Capital, IFACCA undertook to conduct a brief survey on design policy.

In May 2012, IFACCA sent a survey to all national arts funding agencies to collect brief information on government policies and support for design. In June, a link to this survey was also provided in the IFACCA e-newsletter, ACORNS. The survey is provided in Appendix 2.

IFACCA received 14 responses to the survey, from Australia, Belize, Canada, Denmark, England, Fiji, Finland, Grenada, Lithuania, Mozambique, Saudi Arabia, Scotland, Wales and the United States. All responses were received from national agencies for culture (arts councils or ministries), with the exception of Canada where the response was received from a provincial arts council. 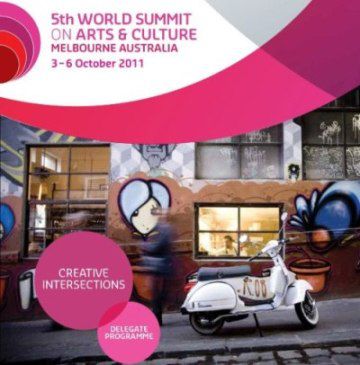