The aim of the Festival is to promote films contributing to the expression of the identity of a people, of an ethnic minority or to the understanding of a culture.

The festival competition is open to 16 mm, 35 mm fiction film (full-length or short) completed after September of the year preceding the festival.

Films shall not have been commercially shown in France, has not been broadcast on French TV channels and has not been presented at any other festival in France, except Cannes Film Festival.

Directors whose films have been selected in competition shall be invited by the Festival. The stay shall be 2 days for short or medium films and 4 days for full-length films.

Directors are invited to take part in press conferences and meetings with the public at the end of each showing, in panels on more specific topics, with other film professionals. 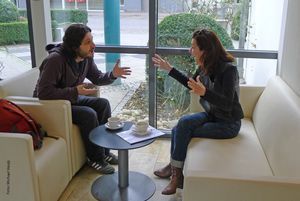