The Japan Media Arts Festival is a comprehensive festival of Media Arts (=Media Geijutsu) that honors outstanding works in the four divisions of Art, Entertainment, Animation and Manga, as well as providing a platform for appreciation of the works that have won awards.

For the 17th Festival in 2014, entries will be accepted from across the globe. Entries are sought in various disciplines of the Media Arts including interactive art, video, websites, games, animation, and comics, and from professional, amateur, independent and commercial sources.

In all divisions professional, amateur, independent, and commercial works are eligible for submission. 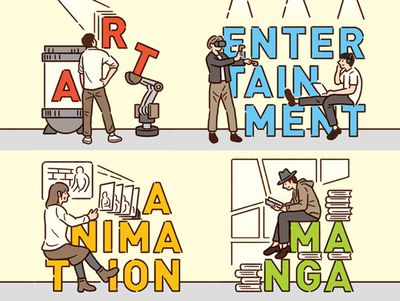