News & events > When Empires Meet - A cinema of the New Pacific 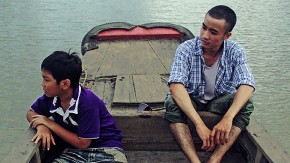 The Pacific Rim has attracted new attention ever since Barack Obama called it a rising center of global power. But who exactly belongs to the Pacific Rim and how can we imagine the lives on the other side of the water without merely celebrating an unexamined notion of new Pacific connectivity?

For its 4th edition, the Asian Film Festival Berlin will respond to the attention the Pacific Rim has recently gained. The program, from 8th to 11th August, presents critical perspectives on the much-hailed new economic, political, and cultural opportunities of the Pacific Rim. With a focus on Asia America, Thailand and Vietnam, the selected films document lives beyond the prevailing dominance of capital, cultural homogenization, and authoritarian governance. They are the products of emerging filmmakers from Vietnam and Cambodia, independent Asian American directors as well as more established auteur-filmmakers.

The festival opens with the screening of Seeking Asian Female (Debbie Lum, USA, 2012, 82min), a documentary on the yellow fever of an old American man, who finds a young, Chinese bride for his third marriage online! When the filmmaker follows the newly–wed’s attempt to build a functional marriage from scratch, she unintentionally turns into the couple’s counselor. The film will be preceded by a live dance performance by Florencia Guerberof and Arata Mori (London/Berlin).

Friday features Thai Auteur–filmmaker Apichatpong Weerasethakul’s Mekong Hotel (Thailand 2012, 61min, OmE). Weerasethakul shot his artistic work about the dimensions of human life during the flood catastrophe in Thailand. Anocha Suwichakornpong’s Overseas (Thailand 2012, 16 min, OmE), a documentary short about Burmese migrant workers in Thailand, will open the evening. Another highlight of this year’s festival is the result of the festivals cooperation with the Vietnamese short film festival Yxine. It presents a Best of–Selection of seven shorts from the last three years around the theme “Water.”

The last day of the festival is dedicated to Asia America. The documentary Linsanity (Evan Jackson Leong, USA, 2012, 89min), which had its premiere at this year’s Sundance Festival, tells the inspiring story of the new NBA–star Jeremy Lin and his struggle as a Chinese American to own a place in the National Basketball League. The fiction film Someone I Used To Know(Nadine Truong, USA, 2013, 79 min) offers the portrait of a group of Asian Americans in their Mid–Thirties who struggle with the meaning of their lives and do not fit into the tale of the so called model minority.

The ASIAN FILM FESTIVAL BERLIN is hosted by korientation e.V. in cooperation with Haus der Kulturen der Welt as part of WASSERMUSIK 2013. 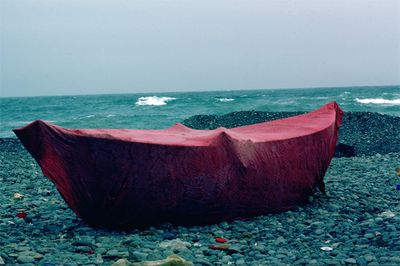 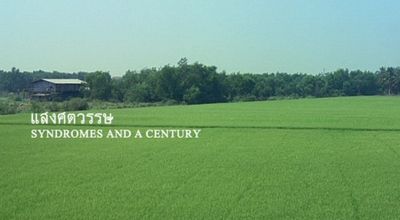