Thailand's news portal The Nation reports on social media reactions from Thai artists criticising plans announced for the Bangkok Metropolitan Administration to take over running of the Bangkok Art and Culture Centre (BACC). As a result, the proposal appears to have been cancelled according to later reports.

Many Thai artists posted their reactions on their Facebook pages after Aswin announced on Thursday his plan for the Bangkok Metropolitan Administration (BMA) to take over the operations of the BACC from the non-profit Bangkok Art and Culture Centre Foundation. The BMA claimed that the foundation running the centre was Bt80 million in the red annually.

After funding annually for 10 years since its doors opened, the BMA this year cut its funding for the centre. The governor will assign the Culture, Sport and Tourism Department of the BMA to run the city-funded art centre and turn it into a learning centre.

“As the BMA annually provides Bt40 million in funding to the foundation, it is better that BMA officials operate the city centre,” the governor said, while announcing his plan.

“We will lease the ground floor area in order to earn more money so as to cut the losses. We will convert the exhibition floors into a new learning centre. We will hold a meeting on May 15 to find a final solution to this issue,” the governor added.

As the capital’s landmark and tourism attraction area, the BACC is the only art and culture centre located at the heart of Bangkok on the corner of Rama I Road. The art centre is surrounded by major malls, including Siam Discovery and Mah Boonkrong.

15 May 2018: AFTER CRITICISM went viral online over the weekend against Bangkok Governor Aswin Kwanmuang’s plan to take over the Bangkok Art and Culture Centre, the governor yesterday finally posted on his Facebook account that he would step back.

“If many people do not agree with the BMA’s plan take over BACC, we will leave it,” Bangkok Governor Aswin posted.

“This valuable art and culture centre will be the pride of our city,” he added. His new approach appears to be to transfer management of the centre to the city in 2021.

Aswin’s first plan drew strong reactions on social media over the weekend, with many artists voicing their opposition via Facebook. 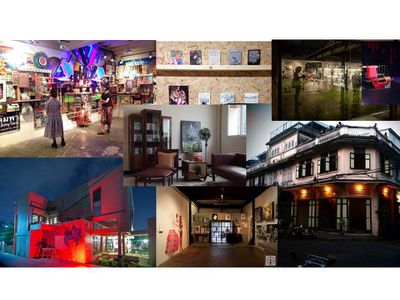