News & events > New Book: "The Art of Being a World Culture Museum"

New Book: "The Art of Being a World Culture Museum" 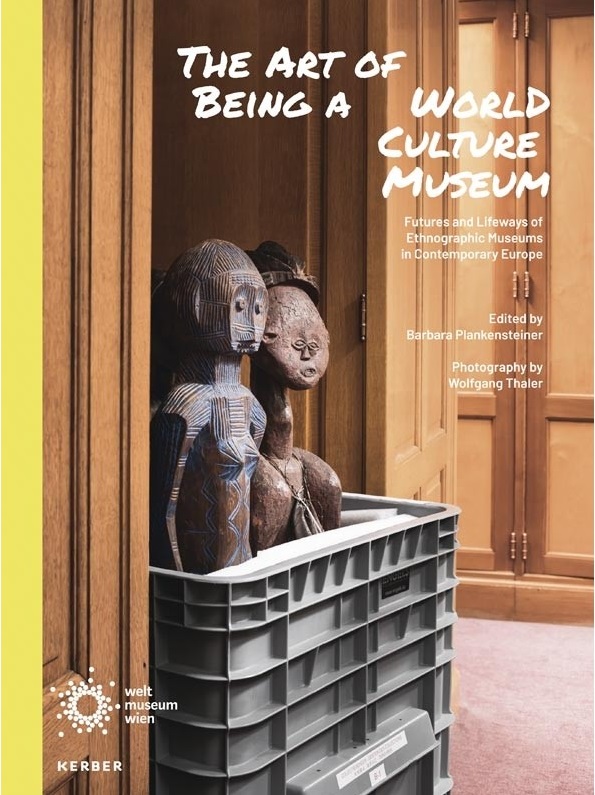 Developed in the framework of the EU-funded SWICH project (Sharing a World of Inclusion, Creativity and Heritage in Europe), which involved several ASEMUS members as its coorganisers, Kerber Publishers has recently released The Art of Being a World Culture Museum, a book edited by Barbara Plankensteiner, with photographs by Wolfgang Thaler. With the subtitle Futures and Lifeways of Ethnographic Museums in Contemporary Europe, the book suggests that World Cultures and Ethnographic Museums are the museums of our time in Europe. They are in the spotlight in a changing society, confronted with public discourse about the legacies of colonialism and the challenges to live together in a society shaped by migration and globalization. The Art of Being a World Culture Museum sketches the variety and practices of these museums by giving a lively insight into the exhibition ambiances, working conditions and practices, the collections and the museum architecture. The book contains excerpts of interviews with museum directors and photographs capturing the sites, displays, work environments and dynamics of ten ethnography museums.

Within the frame of the SWICH project, ten European partner museums have reflected on current issues concerning the role of ethnographic museums within an increasingly differentiated European society. The EU-funded project ran from November 2014 to September 2018 and is based on the results of two earlier projects, Ethnography Museums and World Cultures (RIME) and READ-ME I & II, which dealt with the future of ethnographic museums. The focus of SWICH was on central concerns of visionary ethnographic museum practice within the context of a post-migrant society. The project has aimed to increase the role and visibility of Ethnography and World Cultures Museums as centres of cultural encounters, open discourse, creative innovation and knowledge production based on transnational and international collaborations. The project was led by the Weltmuseum Wien, Vienna, and its partners included the National Museum of World Cultures in the Netherlands, the National Museums of World Culture in Sweden, Linden-Museum Stuttgart, the Museo Nazionale Preistorico Etnografico "Luigi Pigorini" in Rome, the Museum of Archaeology and Anthropology in Cambridge, and the Slovene Ethnographic Museum, among others. For additional information about The Art of Being a World Culture Museum, please visit https://www.kerberverlag.com/en/the-art-of-being-a-world-culture-museum.html