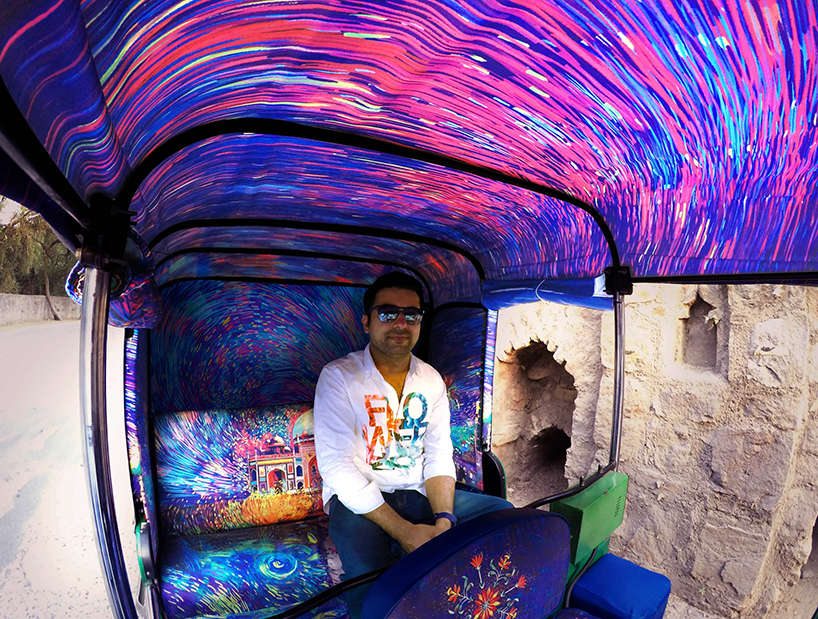 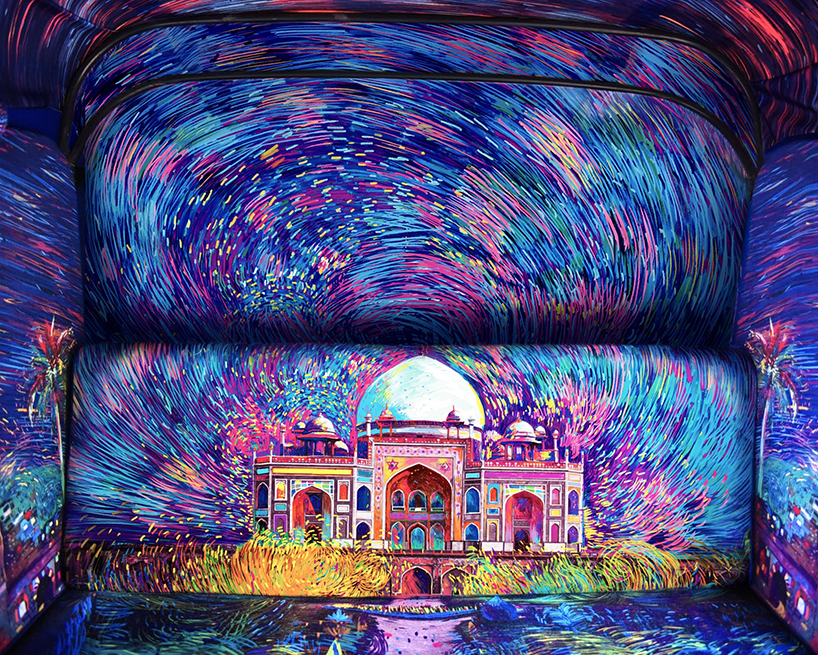 designboom reports on the stunning work by young India-based artists and design creatives on the taxi fabric project, beautifying the interiors of public taxis and rickshaws.  Enjoy the visual spectacle!

Almost one year ago, designboom featured the first iterations of the taxi fabric project — a platform for young, India-based artists to beautify public taxi cabs. the ongoing activity has since seen creatives from across the country participate by canvassing the interior of rickshaws and cars with vibrant painted murals, illustrations and typographic compositions.

Taxis are one of the most convenient forms of transport in India, and have subsequently become an important aspect of daily life. while drivers take great pride in making their service stand out from their many competitors, little attention is paid towards the cars’ aesthetic appearance. ‘design — as a job or studied at school — is unfortunately not widely recognized in india’ the taxi fabric team explain. ‘older generations don’t understand it. design to them just performs a function. many people don’t know that design can create a real impact. with so few spaces for young people to show off their skills, it’s hard to change that perception.’ the taxi fabric project seeks to alter this by turning seat covers into canvases, where designers can exhibit their artistic ability and storytelling skill.

One of the latest compositions realized for the taxi fabric project is ‘tasavvur’ by designer Nasheet Shadani. Shadani draws from a multitude of visual and cultural sources, including the rich history of delhi, mughal heritage, bollywood, and impressionism. ‘I went back to my old sketchbook and reminded myself of the style that came naturally to me those days — the one inspired by post-impressionism with fauvist’s color scheme.’ he says, ‘since college days my sketching had a strong influence of van gogh.’ 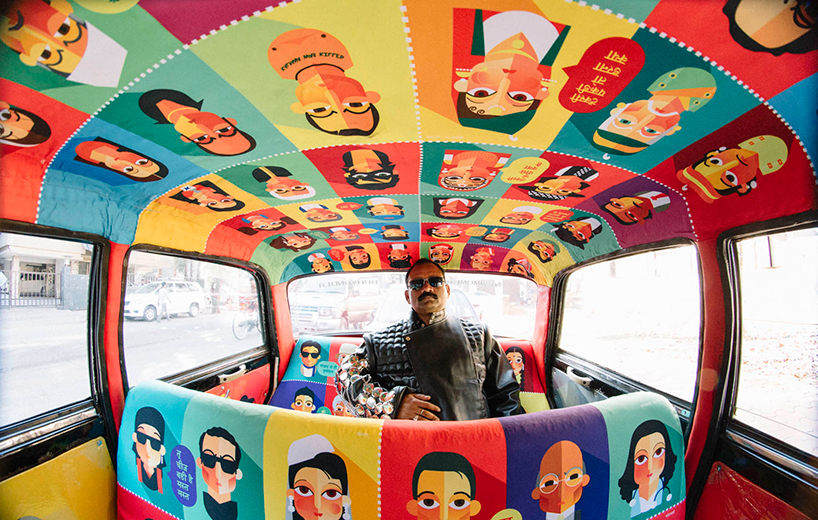 For ‘the good, the bad and the beautiful’, designer namrata vijay gosavi pays homage to indian television with a series of illustrated characters printed on the taxi fabric.

‘I was born and brought up in this city and I travel by taxi daily,‘ gosavi says. ‘I have been seeing this iconic vehicle since my childhood, and to design something iconic, bollywood was the apt theme for this. bollywood is very thematic in its own way. it has a particular format of ‘hero’, ‘heroine’ and ‘villain’. I decided to create this design by featuring iconic characters from hindi films. the design was named ‘the good, the bad and the beautiful’ as it carries iconic heroes, villains and heroines.’ 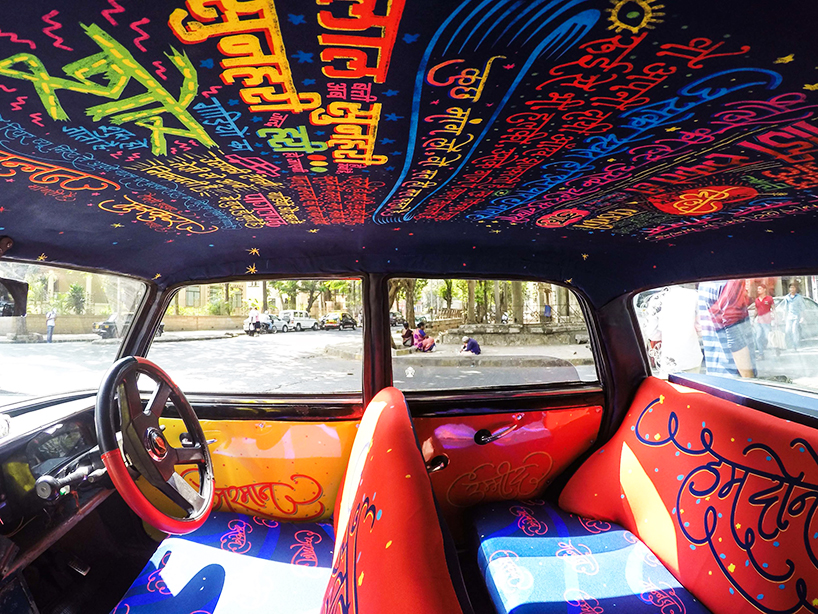 designers kanika parab and neka kamath collaborated on twin taxi designs that chronicle a ‘just missed love story’ in mumbai. the tale tells of a girl and boy seated in different cabs that fall in love while stealing side glances at a signal. the story has been written by kanika parab, and painstakingly hand lettered in english by neha kamat, and in devanagari by sushant kadam.

3rd image: ‘the good, the bad and the beautiful’ by designer namrata vijay gosavi 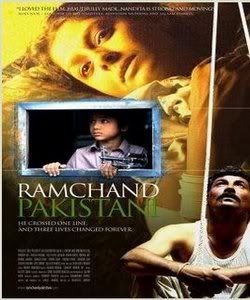 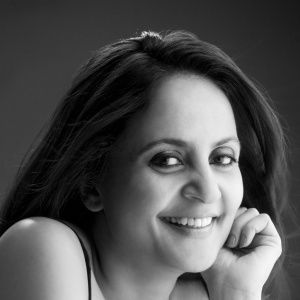 The Dream of a Simple Man 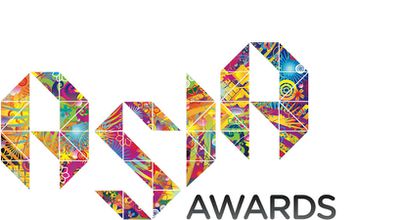