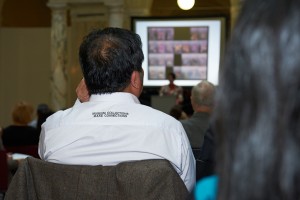 The 6th General Conference of the Asia-Europe Museum Network (ASEMUS) was held at Weltmuseum Wien, in Vienna, Austria, between 24 and 27 September 2014. The event gathered approximately 90 participants from over 20 countries, providing an excellent opportunity for the ASEMUS community to discuss developments within the museum sector and the network. The General Conference’s overarching theme, ‘Exploring Borders’, pervaded the discussions in a variety of ways. The need for museums to recognise and embrace diversity and address ethnic, religious and gender imbalances was covered in one of the plenary sessions, entitled “The Postcolonial Museum: Visions and Trends in Asia and Europe”. Among the speakers was Yasmin Khan-Sheikh, who called museums to come to terms with diversity and contribute to unifying knowledge, rather than compartmentalise it. Commenting on that session, Venu Vasudevan (Director General, National Museum of India) also stressed museums’ need to move from pigeonholing to recognising that boundaries between different groups become increasingly blurred. In this respect, several speakers referred to museums’ role as community mediators, as go-betweens, which can show different worlds, identifying differences but also commonness and generating empathy. In the 21st century, curators should increasingly be seen as knowledge-brokers. Exploring the museums’ own borders, or walls, was another of the conference’s underpinning themes, as shown by a range of museums’ educational and outreach projects presented during the parallel panel sessions. And indeed, the need for museums to listen to the outside world, partner with other organisations and engage with communities was stressed by several speakers. In the words of Steven Engelsman (Director, Weltmuseum Wien), ‘Don’t represent people without giving them a voice – not about them without them.’ In the preliminary debate on cities 2.0 hosted by TEDxVienna, Pedro Gadanho (Curator, MoMA, New York) also reflected on museums’ role as urban actors, which ‘can curate the city itself’. By addressing museums within the broader city framework and involving a partnership with TEDxVienna, this session somehow embodied the notion of ‘exploring borders’. 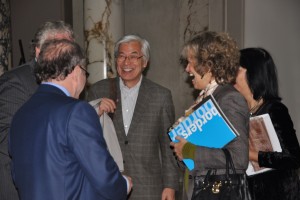 Reaching audiences and fostering their learning and engagement were recurring themes over the event, with Hong-Bin Kang (Director, Seoul Museum of History) referring to museums’ potential to touch people’s minds, and Stijn Schoonderwoerd (Managing Director, National Museum of World Cultures, the Netherlands) calling to reach for visitors’ hearts but using smart ways to touch and ‘decolonise’ their minds as well. The personal experience of museums was also present in Anupama Sekhar’s (Acting Director, Culture Department, Asia-Europe Foundation) welcome address, by stating that ‘Museums make meaning of our histories’. Several speakers and conference participants identified the involvement of young audiences as a major, shared challenge. The need to listen to and engage young people and to reinforce the use of social media and other technological tools arose as a potential solution. A number of recent digital developments were also presented, including the new website of the Virtual Collection of Asian Masterpieces. Given ASEMUS’ central aim of fostering museum cooperation, several examples of museums working across national borders, bringing together Asian and European collections, were presented in the course of the General Conference. The need for co-curatorship of collections and exhibitions was stressed. Outgoing ASEMUS Chair Kim Youngna (Director General, National Museum of Korea) highlighted the network’s added value by affirming that ‘Cooperation can make our dreams more realisable’. And, recalling ASEMUS’ origins, Amareswar Galla (Executive Director, International Institute for the Inclusive Museum) described how European museums had over decades held Asian collections but did not know the stories behind them – the network became an opportunity to address this, thus also bringing tangible and intangible heritage together. The influence of Asian culture on European arts over recent centuries was also examined in Johannes Odenthal’s (Programme Director, Academy of the Arts, Berlin) keynote speech. The General Conference provided an excellent opportunity to present major developments in some of ASEMUS’ member museums. In addition to Weltmuseum Wien’s own forthcoming redevelopment, relevant examples included Thailand’s Queen Sirikit Museum of Textiles (opened in 2012), the Netherlands’ National Museum of World Cultures, the Europe – Far East Gallery of Poland’s Manggha Museum, Malaysia’s Sarawak Museum Campus and two initiatives in the Philippines, the Museum of Indigenous Knowledge and the National Museum of Natural History. Some of these, such as the Philippines’ National Museum of Natural History and Malaysia’s Sarawak Museum Campus bring together natural and cultural heritage – therefore also exploring and breaking borders between different areas of knowledge. Presenting and generating new knowledge on museums and collections was another of the conference’s relevant topics – over panel sessions, several researchers introduced recent findings on areas including exchanges among Asian and European museums, community engagement with ethnological museums, the interpretation of Asian collections in different contexts and the heritage of colonialism. 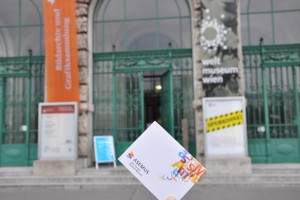 Held every two years, ASEMUS’ General Conference also gives participants an opportunity to discuss the network’s general orientation and management. A new Executive Committee was elected, with Fionnuala Croke (Director, Chester Beatty Library, Ireland) as Chair and Alan Chong (Director, Asian Civilisations Museum and Peranakan Museum, Singapore) as Vice-Chair. In her closing address, Fionnuala Croke observed how changes in language use over time meant that ASEMUS’ mission and vision may need updating – something on which the new Executive Committee will focus in the coming months. Some emerging concepts, such as moving from the notion of Post-colonial museum to the ‘inclusive museum’, may increasingly require attention. Having explored individual, institutional, national and sectorial borders, the ASEMUS community waved goodbye to Vienna with enhanced knowledge and energies, and certainly with a reinforced capacity to work across borders of all kinds. Members committed to continue fostering their cooperation, invite new members to join ASEMUS and meet at the 7th General Conference, due to be held in late 2016.   Two collections of quotes and pictures from the conference can be found on Storify: 25-26 September; 27 September. Additional interviews and articles will be published on this website in the coming months.