The Berlin Conference 2012 - Cultural Coalition for a Citizens’ Europe - takes place on 10 November 2012. Now, more than ever, it is time for Europe to deepen the quality of its civil society. Rocked by a financial crisis on a scale never before imagined, Europe must act to rediscover its cultural values in order to achieve a prosperous future for its citizens and the unification process. The Berlin Conference 2012 aims to take a stand by working to strengthen both the level of participation and the partnerships between European civil society, the European institutions, and European citizens. These partnerships should work together to foster positive European development, which can be achieved by motivating all parties to become actively involved in a “Cultural Coalition for a Citizens' Europe”. The Berlin Conference 2012 is the first of a series of three events dedicated to a Europe from the bottom-up under the title of "Cultural Coalition for a Citizens' Europe". Together they form the kick-off of the "European Year of Citizens" 2013. The next events will take place on 16-18 November in Brussels and on 29 November in Amsterdam.

Berlin | A Soul for Europe | conference 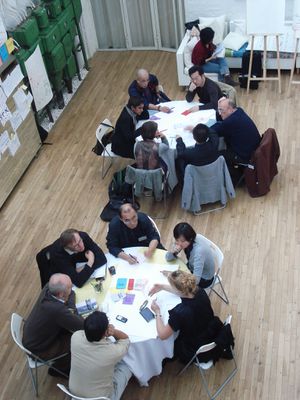