The 41st International Film Festival is being organized by the Directorate of Film Festivals, Ministry of Information & Broadcasting in collaboration with the Government of Goa, and the Indian Film Industry.

The Directorate of Film Festivals organizes International and National Film Festivals within the country, facilitate India’s participation in Film Festivals abroad, arrange programmes of foreign films in India and Indian films abroad, under bi-lateral exchange agreements, and conducts the National Film Awards. As a vehicle of cultural exchange, DFF promotes international friendship, provides access to new trends in world cinema, generates healthy competition and, in the process, helps to improve the standards of Indian Cinema. The Festival aims at providing a common platform for the cinematographies of the world to project the excellence of the film art; contributing to the understanding and appreciation of film cultures of different nations in the context of their social and cultural ethos; and promoting friendship and cooperation among people of the world. 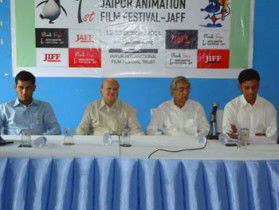