Magazine > What Nationality is your film? 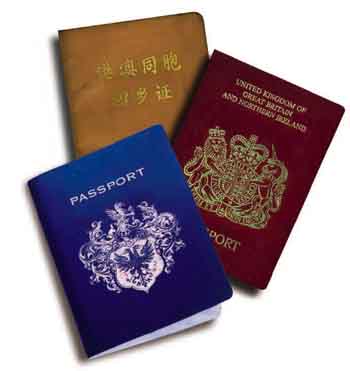 The plot is about a recent controversy between a France based production company and a French Court.

The decision taken by the latest affirms that it is not enough of a criterion for a movie to be “made in France” to be called a French film. The court decision has tremendous consequence on the production company witch sees the right to access to the French subsidy fund denied. The decision may also have subsequent consequences on the foreign investment in the French film industry.

The producer arguments are that the movie is a French story adapted from a French novel. On the employment side of the production, he says that around 500 French technicians have been employed for a period of 18 month. Thirty French actors and some 2000 French extras performed the screenplay in French.

With all that, the producer claims that he fulfilled 99 points of the 100 required for the qualification for the French scheme subsidy. But the Paris based court has denied the French nationality to the film. The decision is not about the team and crew nationality. The court ruled that the production company is entirely dependent on an American production and distribution company and therefore the movie cannot access to French funding which in this case means that the film's producers could not receive the state funds of up to €3.6m (an estimation of le FILM FRANÇAIS) . To be eligible, the majority of the production company's capital must come from the European Union. It is not the case here.
How will be the consequence of the Court statement in the future of the film investment in France? The case is carefully analysed by the CNC - The CENTER NATIONAL DE LA CINEMATOGRAPHIE, which is the body in charge of the administration of the France's subsidy fund (Read more in the France resource directory)

Michel Gomez, general delegate at the SOCIÉTÉ CIVILE DES AUTEURS, RÉALISATEURS ET PRODUCTEURS reacted to the decision in an online chat by French newspaper Liberation. “It is legitimate that the Ministry of Culture and the Communication waited the Court decision. Now that the decision was made, it should take all the measures to redefine the rules in order that, when a movie is artistically French, technically French and made within the French industry it shall not be placed in such a situation.

The French subsidy scheme is based on the redistribution of tax levied from the cinema tickets and tax from the TV channels and video incomes. The amount is then redistributed within the all industry, from the production to the film distribution in movie theatre on video, and DVD. Along side with this tax redistribution, the funding support is also made automatically according to the success of a film and, in a selective way with a measure known as “Avance sur recettes”

To provide a definition for what makes the film nationality appeared necessary from the early stage of the single European market regulation. It aimed to ensure free circulation of films in the EU.

The questions related to the film nationality is still a subject of observation and adjustment within the all European Union and also in the focus of the new measures taken by the British government this December. It says the following “Measures are being introduced with effect starting from December the 2 nd 2004 to end abuse of tax relieves for UK film production.”

Are you a NON U.K filmmaker who planned to make a film in Great Britain? Are only non-UK film professional affected by these measures? What if the filming covers work in more than one country?

What about activity undertaken during pre- and post-production? There are several things that filmmakers may want to check if they have planned a shooting on that side of the Channel.

Two British governmental website provide detailed information that can help you to avoid unexpected consequences previous to a shooting.

The unexpected consequences can be financial; the lost caused by a governmental refusal for tax relief or subsidy.

Other consequence if the nationality is denied to your film is that the movie may have to compete in the international section of a festival in the country from which you have the nationality.

This document presents an analysis of the concept of nationality of films in eight European countries and at European level.

Remuneration for Cinema Exploitation, Broadcasting of a work on television channels