Magazine > WEB DOCUMENTARIES.BE – When it all started

WEB DOCUMENTARIES.BE – When it all started 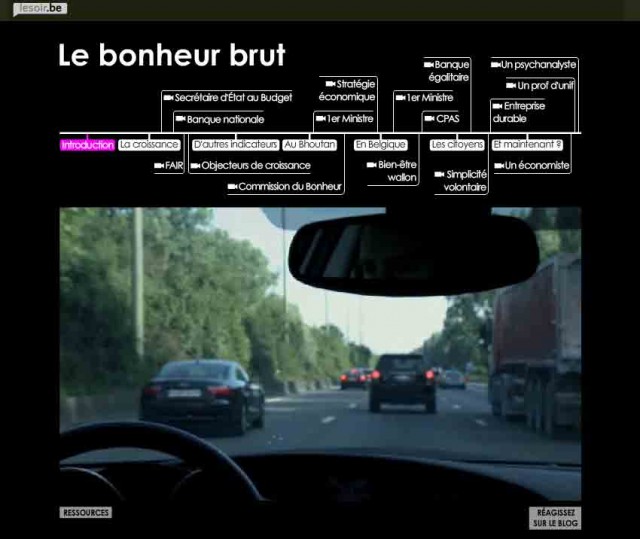 For its second edition (16.03.2011 – 18.03.2011), the WEBTV FESTIVAL of La Rochelle – France presented a programme solely dedicated to films produced for the web, in the French speaking countries. From webanimation to webdocumentaries, some 157 programmes covering the entire genre have competed in ten different sections. The French event was also the latest opportunities for producers, filmmakers, journalist and distributors to gather round the development of this new sort of project that includes; cross-platform production with film, hypertext, rich media, and social networking.

Since 2007, when webdocumentary started to be recognized as a format on its own, it has been often associated to a new form of journalism. As a matter of fact, the first webdocumentary projects have been conceived for the online press. In France, it is also a news radio station; RFI, and a news television channel; FRANCE 24, which together launched the first ever Webdocumentary Award. Finally, it is at a journalist event; the VISA POUR L’IMAGE - Perpignan photojournalism festival, that these Webdocumentary Awards will be distributed for the third time in September, this year.

Why is the press so much carried away for this new audiovisual format? Since the advent of the internet, the press is struggling under an intense competition, and it is constantly seeking for new ways of telling stories to defend its presence on the web. Since these documentaries are designed for the web, the press sees in these programmes a new way to report, while staying closer to the audience.

For François Longérinas, the director of the EMI Information and Media school, “Tomorrow Journalism will be the result of the collaboration between amateurs with good practice, and professionals who conceive, and produce the subjects in the form of enquiries and reportage”.

It is indeed that kind of internet-collaboration between professionals and amateur, that led to the Belgian production of Jean Baptists Dumont “WHERE IS GARY” the Grand Prix award at the WebTV festival 2010.

Gary is a con artist who operates in various European airports and train stations. He approaches people, fainting that his wallet was stolen. He then asks help; in the form of 80 euro – borrowed to buy a train ticket – to return home. By coincidence, Gary meets Belgian documentary filmmaker Jean Baptists Dumont in a Brussels train station. He asks Dumont’s support, and in return, to prove his honesty, Gary gives him a series of private contacts. A few days later, believing that Gary may have cheated him, the filmmaker enters Gary’s information on the Internet. What is then revealed is that Gary operates in the same way since 2006. In Holland, Spain and Denmark, Gary’s victims reported how they have been trapped. For Dumont, these stories are worth a material to use.

Dumont wants to react instantly. He contacts his producer Peter De Maegd from Potempkino production ("SMALL GODS" awarded at the Seoul International Film Festival – 2008). The discussion goes on how to make a filmed investigation, while trying to find Gary. Rather than working on a classic documentary, Dumont and De Maegd opt for a more experimental form of project. The FILMLAB, a new financial scheme from the Flemish Audiovisual Fund (VAF) is open to supporting Dumont “WHERE IS GARY”, probably the first Belgian webdocumentary project.

For 10 weeks, the author used the Internet, and the Facebook social network, as the main tools for collecting and presenting news, testimonies and interviews that would eventually lead to the finding of Gary. "I chose the web-documentary format because it allowed the investigation and the reporting at the same time, live on the web.“ Video, pictures, audio recordings, maps, and short movies are the elements of his webisodes, first presented on the project website. Later, the ensemble of the webisodes have been remixed for the production of a 52’ documentary film presold to the CANVAS Flemish TV channel.

Financing the New Media format is a starting reality in the French speaking part of Belgium, too.

The Government, the Television and the Press have recently initiated their own webdocumentary projects. Last October, the Ministry of Culture closed its first call for the creation of web-documentaries in the French Community. Not less than 37 projects have been competing, and five of these are still at work with a shared budget of 100.000 euro.

After the success in France of “VOYAGE AU BOUT DU CHARBON” – a webdocumentary on the Chinese coalmines – by the online edition of LE MONDE, the expectations have been high in Belgium for the for the launch of the first webdocumentary produced by the a Belgian online newspaper. The French language Belgian LE SOIR published last December “Le Bonheur brut” (Gross Happiness), a webdocumentary premiere that combines animated sequences, video reportage, text and audio files to present the author vision of the Gross domestic product concept.

The Belgian French Community first public channel RTBF has also just started two New Media’s projects. But a lot of interrogations remain on how the genre could be developed at house. “No dedicated desk, and no business models, for the time being, we have to draw in the documentary budget of the Television”, regrets Wilbur Leguèbe responsible of the department of documentary coproduction.

So, is the horizon dark for the development of new webdoc made in Belgium? From “Where is Gary” to “Le Bonheur Brut”, the Belgian expertise is limited, but these projects are already revealing a large range of business solutions, with no single model. The environment for these projects is a “rich ecosystem of opportunities for new forms of storytelling and interaction with the audience” as reminds Arte, the French-German broadcaster.

Filmmakers, journalists, photographers, and webdesigners from around the world, you have till the 15.04.2011 to enter your ideas of non-linear projects. These projects shall contain hypertexts; they shall integrate participatory spaces and demonstrate a real interactivity. 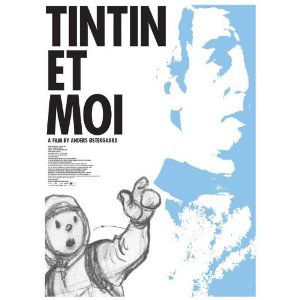