The eighth edition of Jakarta International Film Festival was held from December 8 to 17. With more than 200 films on a dozen of screens, full house for most of the screenings, an enthusiastic audience, and a larger number of foreign guests than ever, the event also known as JIFFEST witnessed a turning point this year.

The first thing that most foreign visitors noticed was the impressive quality of the venues of the festival. The newly-renovated Djakarta XXI Theatre and EX Studio XXI with its big screens, ample seats and state-of-art sound system were a perfect place to enjoy and appreciate films. The location of these theatres, in the shopping mall district of the city, also offered a chance to have a glimpse at the local youth culture. But the most astonishing experience was definitively seeing the passionate audience, mostly young people and a lot of family groups, who were packing the theatres. Taking into account the fact that ticket sales are only a marginal income for the festival budget, JIFFEST took the excellent initiative in offering the half of the screenings for free on the "first come, first served" basis. The other half were sold at a very low rate. So for zero Rupiah or for one quarter of the price of the regular ticket of a commercial show, everyone could enjoy a good film in a comfortable cinema.

The numbers speak for themselves. This year, total attendance was up to 63,000 spectators, compared to 42,000 in 2005 and 27,000 in 2004. Given the fact that this festival has a very low budget (merely US$ 400,000) and almost no public support, the whole team of JIFFEST, including Festival Chairwoman Shanty Harmayn and Festival Director Orlow Seunke, has achieved a lot and seen their efforts rewarded. This is even more surprising when one compares its scale with that of the last edition of Bangkok International Film Festival which had 4.6 million US dollars for its budget and was participated by only 20,000 spectators.

Another great initiative of JIFFEST this year was in introducing Indonesian Feature Films Competition in which all the Indonesian films released from November 2005 to October 2006 competed. 28 Indonesian films were screened for free with English subtitles, and thus it was a good chance for visitors to discover local films with local audiences and to see their reactions.

While Indonesian cinema is one of the least known, documented and regarded  Asian cinemas, JIFFEST with this newly created section is playing a significant role in promoting Indonesian cinema. With the numerous press and festival programmers for the event, this program was an excellent way to have an overview of the country's cinema and to discover some gems. Even if Indonesian cinema is less known in the West than, let’s say, Thai cinema, JIFFEST could easily establish itself as a launching pad for Indonesian productions. No doubt the word will spread out and visitors to the festival will talk about its quality and professionalism, and as a consequence, more foreigners will visit the next editions.

A parallel line could be drawn with the Pusan International Film Festival in Korea, the success of which has been based on its enthusiastic and cheerful audience, the support of the local film industry, and the quality and popularity of Korean cinema. One can expect similar developments for Indonesian films, and the creativity and talent of the young Indonesian filmmakers offer a very good reason to be confident in these expectations.

Beside the new competition section, there were regular sections such as World Cinema that presented the recent work of big name directors, the European Union festival with films from 17 European countries, the Panorama presenting a selection of shorts and animation films by less known directors from South East Asia, and lastly, House of the Doc, the documentary section for films on Human Rights topics.

Screened at the documentary section, A Hero’s Journey by Singaporean director Grace Phan won the "Movies That Matter Award" from Amnesty International and was by no doubt the highlight of the festival. The documentary follows Xanana Gusmao, the president of Timor Leste, and invites the spectator to discover this recently independent country, its natural beauty and its people. President Gusmao himself was in attendance at the screening as well as an Indonesian army general and other officers who had once been his enemies when Gusmao had fought for the independence of Timor Leste. The warm hug of the president and the general and the strong emotions that filled the theatre were an unforgettable experience and an excellent manifestation of forgiveness and acceptance.

The festival closed with a closing film and awards ceremony. To the surprise of most audience, the festival director Orlow Seunke announced that he would resign from his position to protest against the lack of government and city support to the festival, but he assured that the festival will go on and that he will stay on board in a less official and public function.

JIFFEST is certainly the most exiting festival in South East Asia and could grow even bigger and bigger in the near future as one of the leading events of the region. 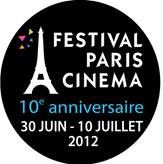