This month, Sea-images meets with Romain Roll, the co-president of the European Fantastic Film Festivals Federation (EFFFF) and director of Cinénygma Luxembourg International Film Festival, and Magnus Paulsson, a producer and EFFFF delegate of the Lund Fantastisk Filmfestival in Sweden.

The 10th Méliès d’or ceremony will take place at Espoo Cine International Film Festival in Finland running on August 22 to 28.

Interview conducted in Bucheon city, Korea, during the 10th edition of the Puchon International Film Festival on July 16th 2006.

Romain Roll, could you tell us about the background and history of the European Fantastic Film Festivals Federation (EFFFF)

EFFFF is a federation of European Fantastic Film Festivals. The main aim is to give at every festival a prize called the Méliès  d'argent (Silver Méliès) to the best European fantastic film shown at the given festival. At the end of the session, a member festival organises the Méliès d'or (Golden Mélies) ceremony where all the Méliès d'argent winners are invited and an international jury will choose the best European fantastic film.

The federation was created in 1987 by 4 festivals: Roma, Sitges, Brussels, and Porto.

The foremost aim was to keep a good relationship with one another, and secondly, to get support and subsidies from Media (EU subsidies for audiovisual activities). The third aim is to create a common prize, the Méliès. In a short time, more and more fantastic film festivals appeared in Europe, and the Federation grew up rapidly. Now it's not only a very good network for the member-festivals themselves, but also for the European fantastic filmmakers. If they place their film in one of these festivals, the chance to get to other European festivals is very high since nearly all Europe is covered by the EFFF.

What is the purpose of your visit to the Puchon International Fantastic Film Festival (PiFan)?

I am in the EFFF Asian Award Jury. I came here with a colleague of mine, Lorenzo Codelli from Italy, and we are supposed to hand the award for the best Asian film at Puchon this year.

We just decided the winner this afternoon, but the announcement will be made tomorrow. The reason why the festival brought me here is that I am a member of this federation of fantastic film festivals in Europe. Each year, two members of the federation are invited to PiFan to hand out the Asian award. Normally back in Europe, we usually work with European films, so it's a great pleasure to be able to be here and to watch a lot of interesting Asian films.

Can a network of festivals be a platform for European Fantastic films to travel further, in Asia for example?

Absolutly. Many Asian fantastic festivals have an interest and a relationship with our Federation, so they can have access to all the European films presented at member-festivals in a pretty easy way. For example, the EFFF will know where and how to get a print, so with a simple phone call or an email, we can help them out. This is part of our work as it is a way to promote European fantastic cinema abroad.

The PiFan contacted us and asked us to accept it as a supporting member of the federation so they can participate in the federation meetings and get access to all the knowledge that the member-festivals share about all the genre films released in Europe.

PiFan wanted also to set up a similar federation a couple of years ago here in Asia. So now they know how such a federation will work. But looking at the current situation in Asia, I think it will be hard to set up an Asian counterpart. Apparently, Fantastic film festivals are going through certain difficulties in Japan and Korea at the moment.

Yes, the Yubari Fantastic Film Festival in Japan, the sister festival of PiFan has serious funding problems, but I hope they will have the proper support from its city.

Both of you are also involved in your own film festival, in Luxembourg for Romain and in Sweden for Magnus. Is PiFan an interesting place to discover and eventually pick up Asian films?

I was able to meet new people, so it's very good for networking.

It has been great for me to be in the jury to pick up the best Asian fantastic film of the festival. The films have been excellent. Plus, this festival is in a perfect scale. If you here for the whole week, you can meet all the people, sit down and chat. At bigger festivals, there are more people, but you can't properly speak to them because you have to run here and there all the time. Here, they invite people from all over the world, and we have a really good time.

Tell us more about the EFFF Asian Award to be given here at PiFan.

Now it's the third time this award, the EFFF Méliès d'or for Asian Film, will be given in Puchon. Puchon approached us at their own initiative, as they wanted to be more involved in the federation activities, and their idea was to create that prize.

It was a way for us to build a more solid relationship, to promote European films in Asia and to get access to Asian ones for our festivals.

Magnus Paulsson, you are also here as the producer of the Swedish film, Storm, which is in “Puchon Choice”, the main competition section of the festival. What are the benefits of showing your film in Puchon?

The presentation of Storm at Pifan is the Asian premiere. My film is opening in Singapore in mid August. Since we have not sold this film to Korea and we are still negotiating with Japan, it has been good to show the film here, as there are many distributors.

Yesterday I met the people from KOFIC, and they are going to help me to list down the Korean distributors with the right profile for my film. So it will be easier to target the ones specialised in fantastic and horror films. Moreover, there are people from all over the world who could give me useful tips. The Italian director, Lamberto Bava, for example, enjoyed Storm and mentioned to me the names of some Italians companies that could be interested in the film.

I am very happy to have a film here, and my director is also happy. It is his first time in Korea. He is completely blown away by how friendly the people are and how fabulous the food is. 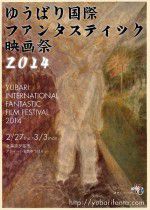