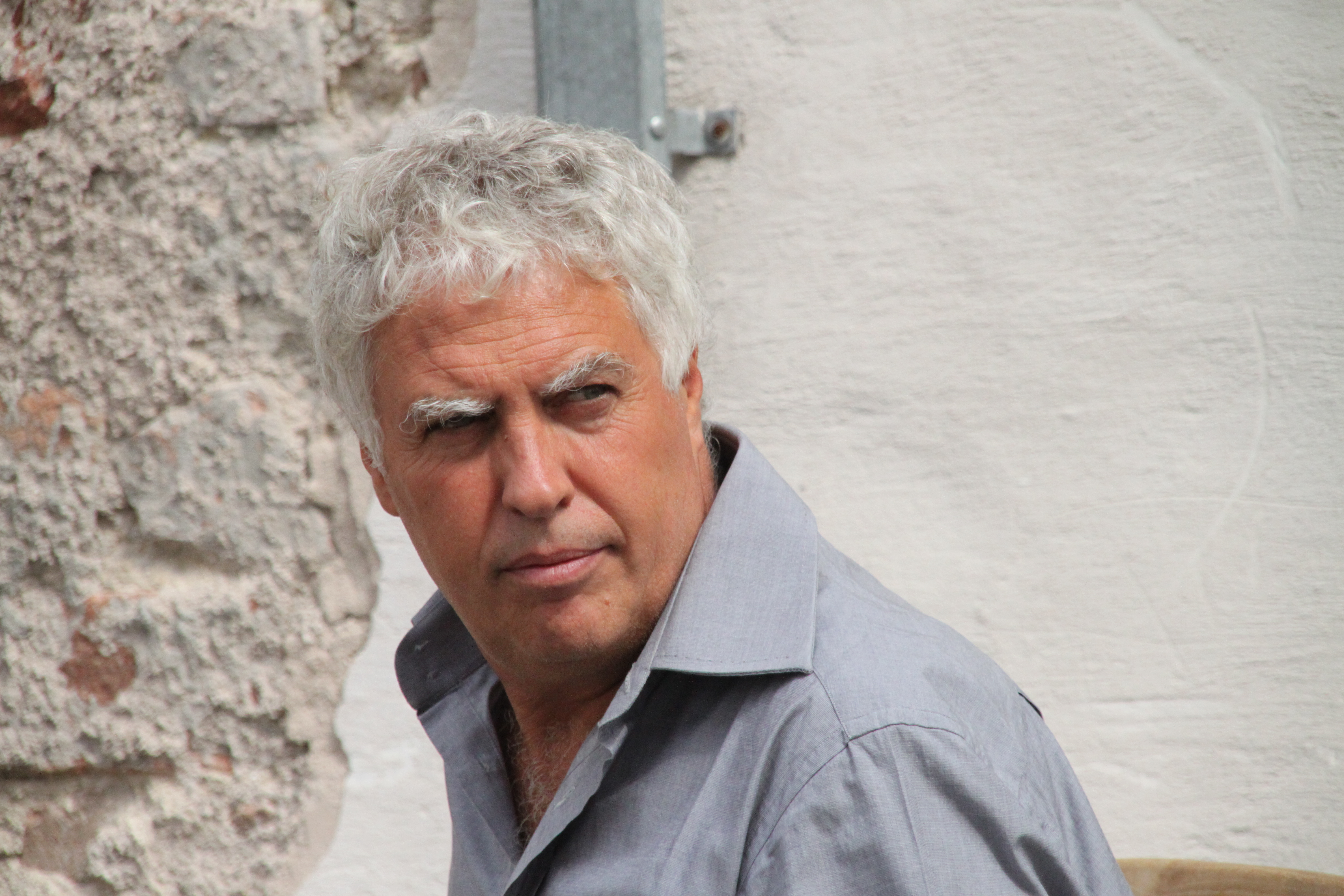 Stefano Tealdi is not a run of the mill producer busy making his films in isolation. Instead, this charming Italian has strived for development of documentary culture in Southern Europe for over 15 years. He was recently awarded the EDN Award 2013 for his pioneering contribution to documentary films in Europe. He is the driving force behind the annual documentary networking and pitching event - Documentary in Europe. He also helps budding filmmakers pitch their projects at various film events across the globe. Our editor, Siddharth Chadha requested him to give our audiences - many of whom are aspiring filmmakers - a crash course in Pitching. Stefano Tealdi in this interview candidly spoke to us about documentary film in Southern Europe and his method to pitch a project.

SC: You have just been awarded the prestigious EDN award for your work in enriching documentaries in Southern Europe. Can you tell us more about how it all started?

ST: In the South of Europe, countries like Spain, Italy, Portugal, documentary culture has become a black hole. There is no investment in documentary film, either from government institutions or broadcasters. Spain is better because some funds are available to make regional films, but there is lack of money and intent to make documentary films. Reasons for this are many but historically, countries in South Europe which experienced dictatorships in the 20th century are yet to overcome that era when documentaries were either made for propaganda or altogether banned. Italy’s famous filmmakers such as Antonioni, Rossellini, Fellini started out by making documentaries but when television came out, they thought that the documentary form will move to television and stopped making them. Documentary never got its full due.

When I started making films in 1995-96, I had to go abroad to find the funds where we were seen as poor filmmakers. We had to change this image and I founded Documentary in Europe, together with Juan Gonzalves who started Docs Barcelona. We bought broadcasters from abroad to Italy and Spain who immediately understood the situation of documentary in these countries. Initially we started by screening local talent but soon we started organizing business oriented meetings and pitching sessions which brought together two different sets of people – local filmmakers interfacing with decision makers.

SC: How did the filmmakers respond to international broadcasters?

We started by preparing filmmakers with a pitch – what we call a PITCHING LAB.

The training programs worked out very well. We could anticipate and play out situations before hand. We could identify what was not working for the filmmakers – not in terms of their films but expressing their ideas. Eventually, a common language evolved between filmmakers and commissioning agents.

SC: Can you do a Pitching Lab for our audiences, many of whom are young and aspiring filmmakers?

ST: Ok. Let me break it down for you in points –

No musts to a good pitch

There are no real rules to making a good pitch – no musts to a good pitch. A film pitch needs a build up according to the story and according to the person making the film. It is a process that brings together these two elements. The rules for pitching a documentary and a fiction feature film are the same. There is no difference at all except that today in documentaries, we expect a teaser or a trailer, which could tell you what the film would look like. Sometimes it is not possible to make a trailer for a fiction project because of high investments involved.

It is important to understand where one stands in the development process of the film. That is to say, one needs to pitch the project at the right time. If a pitch is made too early, there will be a chance that filmmaker does not have enough information. If the decision makers do not find any clear ideas in the project, they will not be interested. If one is already done shooting, the decision makers might see that the project is already so ahead in the process that there is little possibility to influence or change what is being pitched. Once decision makers have made up their mind about a project, it is very difficult to change it later. Filmmakers need to find the right moment to pitch their project – one that is neither too early, nor too late.

The pitch should be involving and make the decision makers curious about the project. It should not reveal everything about the film. Keep the pitch short and seductive. Remember that people are not prepared to listen to detail in the first encounter. They are looking for the highlights of a project. Make a precise and clear presentation. It should focus on 4-5 points. The biggest challenge that comes out in our training sessions is – How to tell the story of your film in 5 to 10 minutes? One will never have more than 5 minutes for the pitch. It is important to use this time wisely and point to the highlights of the film. The decision makers should be left with a sense of, ‘this is interesting. I want to know more.’

Design your pitch with care

It is not enough to give the people an idea of what the film will look like. When you are speaking, people are imagining the film that they want to see. Try and use words, which help them see the film. You must identify your Characters and focus on how your story develops. The narrative arch should be constructed so that it brings you through a story till its end. You should give a clear idea of your visual approach in the pitch. For documentaries, it is important to be careful not to pitch before you have guaranteed access to your subjects. For this, one needs to build enough trust and that takes time. Don’t pitch for what you cannot film. In features, be sure that the project is both possible and feasible to do.

Think of the pitch as a moment when you are involving other people in your project. In a pitch, don’t always look for money but see other ways in which people or groups can contribute to your film. This may come in the form of collaboration, support or networking. My advice to youngsters is that not to be afraid of mingling with people and talking to them. They will definitely listen to you and people will answer willingly. Write what you do. Show them your talent; make a short film or a teaser. Express your thoughts immediately.

SC: What kind of events would you suggest that early career filmmakers should attend for their projects?

ST: When we started out, there was only the Amsterdam Pitching Forum for documentary funding. In fiction, it was only the big festivals – Cannes, Berlinale, which organized film markets. Today, there are a lot of events organized all over the world, which are accessible to independent and young filmmakers who have a good idea and a vision. I would suggest that as a starting out filmmaker, go to the workshop closest to you and start meeting people. Even if you don’t have a project, you can gain the basic knowledge about pitching by listening to other pitches, distributors etc. These events often have like-minded people at an early stage of their productions looking for collaborations and new talent.

SC: How has Internet impacted filmmaking, especially the production processes?

ST: Internet has changed the way we make films. It opens up the possibility of reaching out to the people who watch the films I make. I can get feedback, comments and connect to millions of my audiences through the Internet. Earlier, the only opinion on films that really mattered was that of the broadcasters.

Now, it is easier to involve audiences at an early stage of filmmaking. We did that with a film on the Jewish Harp by a young filmmaker from Sicily. In Italy, it is called Schiacciapensieri – literally translated as ‘Blowing thoughts out one’s mind’.  The Jewish Harp is a part of different cultures across the world but we were not convinced that this theme would appeal to the traditional mindset of the broadcasters. We immediately fell in love with the footage we saw initially, not only because the filmmaker is talented but also because this instrument is rather special and we do not know much about it.

Instead of taking this project to the broadcasters, we decided to make a website for it and start a $10000 crowd funding campaign. The pitch was to raise the money from audiences with the aim of reaching Siberia, where it is the national instrument, called Yakutzia. We not only got the money to shoot, but also a lot of feedback from our audiences. This gave us confidence to pitch the film at another event and now we have production partners in Austria, Hungary and Switzerland. This will be a feature length documentary, with a very simple tag line, ‘How small things in life can bring great happiness.’

SC: Personally, what makes you passionate about striving for your work?

ST: I have the absolute privilege of doing the most beautiful job in the world – Telling stories through a visual medium. To get up every morning and fight to tell these stories is not easy, but it is extremely rewarding. Is there a better job? No!

Bangkok | Asian Side of the Doc workshop | call for applicants 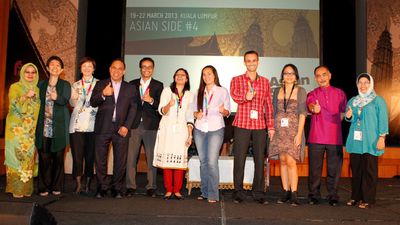