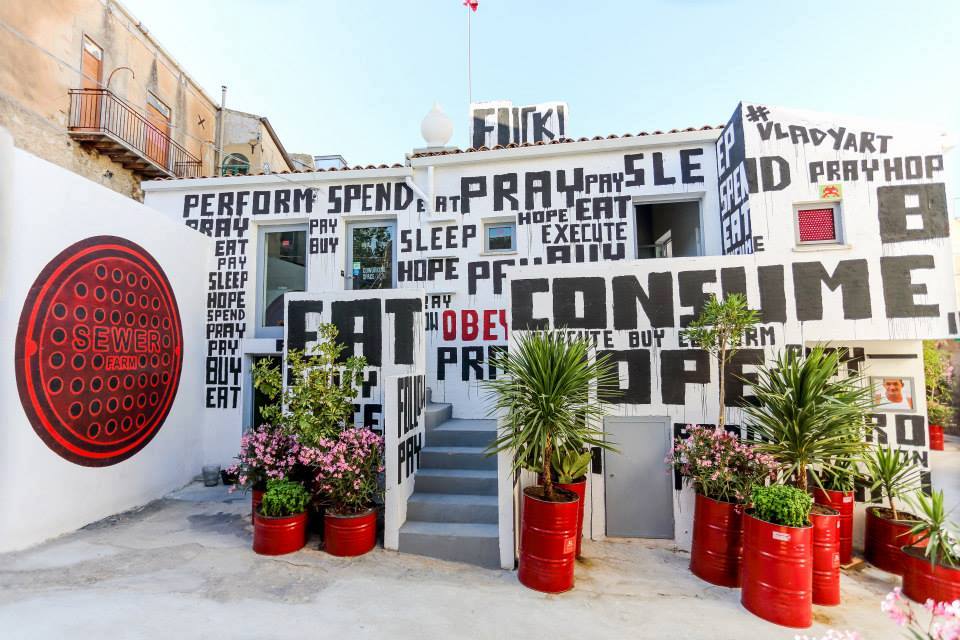 culture360.ASEF.org is featuring a series of articles on the topic of #peripheries. The #peripheries have been regarded as being in the geographical margin, distant from the capital cities and cultural centres of countries. With an ongoing decentralisation trend, through this series of articles, we will look at various arts endeavours by artists, cultural professionals and art organisations who operate or occupy the peripheries in an urban society and the role that the arts play. In this article, Elena Lombardo looks at Farm Cultural Park, an independent cultural centre and laboratory of urban experimentation that changed the history of the Sicilian city of Favara.

Farm Cultural Park (FARM) was born between the abandoned walls of the “Seven Yards” in the historical centre of Favara, a Sicilian city in the Agrigento province, one of the most peripheral areas of southern Italy.

Abandoned buildings in the Seven Yards, Favara before the restoration in 2010. (Photo Credit: www.farmculturalpark.com)

It is the project of a visionary family, Andrea Bartoli and Florinda Saieva, on a mission to reimage their city and its future through the lenses of contemporary art, architecture and community building.

Everything started in 2010, when the founders began to restore and transform the crumbling courtyards in a next-generation cultural centre. These yards, once densely populated by farmers and miners, were gradually abandoned during the boom of the construction sector in the ‘60s/70s, for new and more modern houses outside the centre or to migrate abroad and north in search of better working opportunities.

At that time, the economic crisis that hit Italy in 2008 had strongly impacted on an already struggling city: after years of political instability and economic decline, the stagnant local economy, a high rate of unemployment and criminality, was causing once again a massive migration of young people to other cities, regions and countries. And the story was repeating itself.

For these reasons, despite its proximity to the famous touristic destination “La Valle dei Tempi” (The Valley of the Temples), an archaeological area included in 1997 in the UNESCO World Heritage List, for decades Favara was unable to intercept and attract the fluxes of tourists that were reaching the region every summer.

This must be the place: etymology of change

In such a difficult context, FARM was not designed to be a traditional cultural centre, but rather a “tool of change”, through which its founders hope to rebuild a sense of belonging, empowerment and possibilities, as mentioned by Florina Saieva, Cofounder of FARM.

Rooted in a set of counter narratives, the regeneration of spaces was just the first step of a more complex process of reimagining the city and its future: “Cultural agency is a modest but relentless call to creative action, one step at the time" (Sommer, D. 2014, The Work of Art in the World: Civic Agency and Public Humanities, Duke University Press.)

Despite the local scepticism, the vision of FARM developed with time, adapting art projects, public events, community gatherings and architectural interventions to the context’s challenges, ambitions and needs but always building around its key pillars and vision.

As mentioned by Andrea Bartoli, “We decided to come back and share everything we have: time, economic resources, passions, friends, networks and values. We had an immediate vision: that this forgotten, abandoned and humiliated place could become a centre for cultural production and social transformation." Andrea Bartoli mentions. 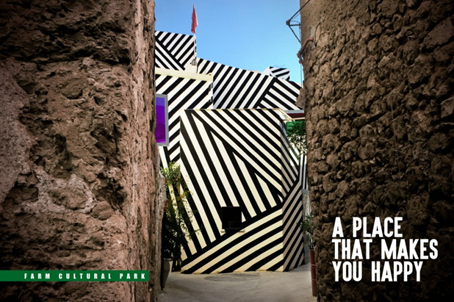 After almost nine years of work, the changes in the city are visible: Farm Cultural Park has become one of the most popular cultural and tourist destinations of Sicily and Italy. In the old centre, many building have been restored and the number of new commercial activities and services has been growing exponentially. During the last five years, FARM kept investing in the future with many new initiatives: the “SOU – The School of Architecture for children”, the “SPAB – Società per azioni buone” (Joint stock company for good) and this year the first edition of: “Countless city – The Biennal of the cities of the world”. 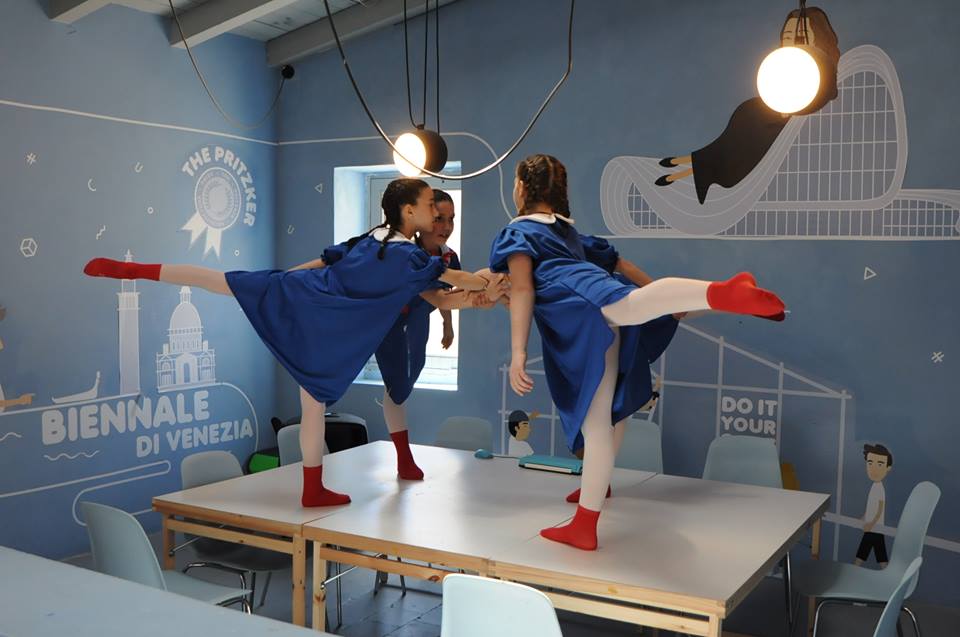 Inside SOU – School of Architecture for Children (Photo Credit: www.farmculturalpark.com)

The Museum of People: Sharing is Caring

Observing the change of Favara, many have wondered which is the formula that after almost ten years, allows this relatively small and independent cultural centre to keep existing in a such a difficult context, growing its network and activities with such positive impacts on the territory.

The answer might be condensed in the words of Andrea Bartoli and his idea of “Museum of People”: “We live in the era of “social innovations” that is not made for selfishness and betrayals but of collaboration, sharing and knowledge”. The success of FARM is its philosophy, in the idea of “taking care” of the place we live in as well as of the relationships within the community; it resides in the value given to each person involved in FARM that is contributing with small or big actions to a common cause.

“We lose or win together. […] In a moment in which resources and institutional support are extremely hard to find, the only way to make things possible is to share our knowledge and expertise. […] Waiting for someone else to improve our territory is utopia”. - Andrea Bartoli, Cofounder of FARM

What is needed is small actions of urban acupuncture (Lerner 2016) cultivated with the idea of beauty and happiness as “pleasure is also a necessary dimension of sustainable social change” (Sommer 2014).

Changemaking is only possible through civic participation and disruptive actions, that’s why Farm Cultural Park chose to be a place that welcomes brave and innovative ideas, giving space and value to the role of culture and creativity as tools through which is possible to challenge the status quo, shake the public opinion and promote diversity, change and community building even in a context paralysed by fear and disenchantment.

This article is written by Elena Lombardo, PhD in Economics, Management and Communication for Creativity (IULM University of Milan, IT) is an independent researcher and content strategist based in Milos, Greece. Expanding the results of her doctoral studies, she currently works across disciplines and sectors on the roles and impacts of art and culture in contexts of urban regeneration, community resilience and local changemaking with a particular focus on the Mediterranean region. Her main research interests also involve: intersections between cultural and social innovation, cultural leadership and sustainable development. 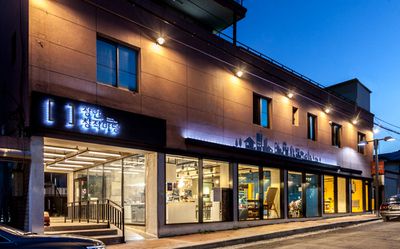 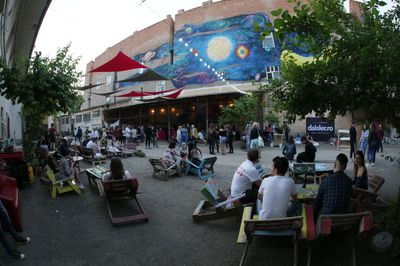 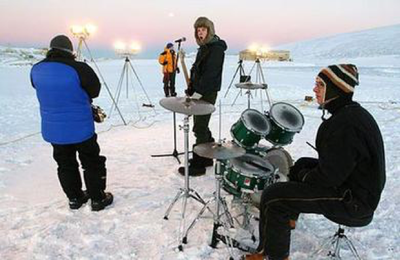