Magazine > An overview of literary festivals in Asia and Europe 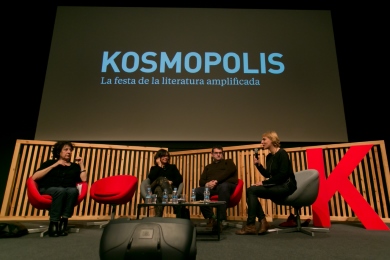 ASEF culture360 contributor Claire Rosslyn WILSON looks at some of the literary festivals making waves in Asia and Europe. 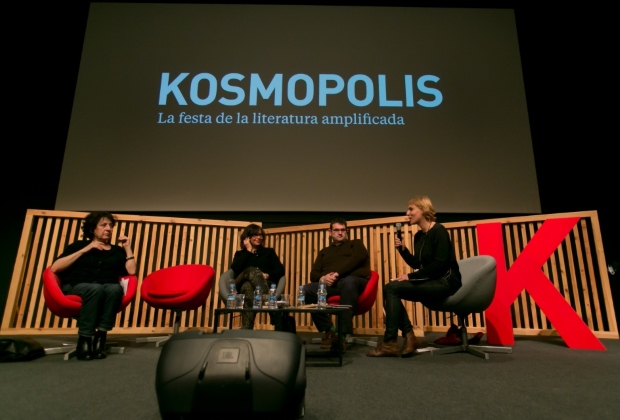 For a number of years now literary festivals have been going from strength to strength. In Australia in 2012 for example, there were over 30 literature festivals, and the 2015 edition of the Sydney Writers' Festival attracted an audience of 97,700 people in over 300 events.

This international programming (often with well-known authors) serves the function of attracting audiences who wouldn’t otherwise be able to hear these authors speak. But it also creates an environment that encourages debates about common global issues as well as challenges found in specific cultural contexts.

The International Literature Festival Berlin purposefully seeks out these international perspectives in their programming. As Liana GIORGI points out in her article on literary festivals:

‘Ulrich SCHREIBER, the director of the International Literature Festival Berlin, is among the festival directors encountered the one most explicit about linking literature festivals to politics and the arts…accentuated by its international character.’

International authors are brought together to specifically link their work with their social environment, and the festival provides a platform to question contemporary issues.

In an interview with TimeOut Shanghai Ubud Writers and Readers Festival (UWRF) director Janet DE NEEFE says there are increasingly more grassroots festivals emerging in Asia. However, there are challenges when programming international guests. She explains:

‘We pride ourselves on being a platform for authors, artists and performers on global issues…That being said, there are still many challenges to helping promote Chinese authors to the world, such as the language barrier and a lack of translated materials. Indonesian literature faces similar issues, so it’s important festivals such as the UWRF help explore how these can be overcome.’

So which ones are the best to see? Creating a list with all the important literary festivals in Asia and Europe would be an extensive study, but here is a list of interesting festivals that are worth some attention.

A selection of well-known festivals

The Cheltenham Literature Festival was one of the first literature festivals and was established in 1949. Other early examples in Europe are the Vilenica International Literary Festival, which was organised in 1986 and now holds events all over Slovenia, the Malta Mediterranean Literature Festival, which will present the 11th edition in 2016, and the Norwegian Festival of Literature which was established in 1996 and is one of the largest in the Nordic region. In the UK there are various examples of longstanding festivals such as the Hay Festival (in its 25th year) and The Sunday Times Oxford Literary Festival (in it’s 20th year), while in France the Etonnant Voyageurs festival was established in 1990 to celebrate travel literature.

India is another country with an abundance of festivals to choose from, with the Jaipur Literature Festival holding an important place in the cultural calendar. It is described as the largest free festival and in the short time since its founding in 2006 has risen to prominence.  Other example in the region include the Shanghai International Literary Festival (held first in 2003 as a sister festival to Hong Kong's International Literary Festival), the Bookworm Literary Festival in Beijing (launched in 2007), the Ubud Writers and Readers Festival (established to help the island recover after the Bali bombings in 2002) and the Sydney Writers Festival (founded in 1997).

With the growth of the literature festival, there are many newer arrivals that are making an impact in the cultural scene. One such example is the Irrawaddy Literary Festival held in Mandalay, Myanmar in February. Although it was only established in 2013, its inaugural year attracted a list of about 25 international guests including authors such as Vikram SETH, Jung CHANG and William DALRYMPLE.

Another interesting example is the Tokyo International Literary Festival, which presented its third festival in March 2016. When speaking about the festival in an interview, director Takeshi YOKOSATO says that there are three main goals of the festival: to raise interest of literature in Japan, to raise awareness of Japanese literature overseas and to encourage exchange between Japanese and foreign writers. Their programmes encourage this exchange, with events such as the collaboration with the Writers' Centre Norwich that explored translation between Japanese and English writers.

Kosmopolis is another festival that is creating a space for debate around contemporary literary trends. Established in 2002, it is a biennial literary event held in Barcelona Spain. The festival explores the spoken, printed and digital word that erodes the division between genres. They also continue programming throughout the year with a mix of events held about once a month.

Although most literature festivals have a multicultural element given their list of international guests, some festivals aim to raise awareness of specific cross-cultural connections. One such example is the Asia House Bagri Foundation Literature Festival held in London in May and now in its 10th year. The festival invites authors, performers and thinkers to discuss literature about Asia and Asian writers in a pan-Asian context. For example in the 2016 edition writer Nadiya HUSSAIN discusses her experience of growing up Asian in the UK, while other events explore Pakistan’s contemporary art scene, pop culture from Korea and many events present book talks from Asian authors.

Jemimah STEINFELD, Literature Programme Manager, explains the importance of this type of festival:

‘Literature has always been one of the best vehicles through which to see the world, to confront stereotypes and to challenge assumptions. At a time when Asia is changing immeasurably, I wanted this year’s Festival to reflect that. Starting off with the notion of the alternative voice – who is being listened to and dominating discourse versus who is not – a really exciting and dynamic programme has emerged.’

Another example of a cross-cultural literature festival driven by a cultural centre is the Franco-Irish Literary Festival, organised by the Alliance Française and the Cultural Service of the French Embassy and held in Dublin since 2000.

A newer initiative is the ASEAN Literary festival, established in 2014 for writers of the 10 countries of the Association of Southeast Asian Nations (ASEAN) to gather in one literary event. The festival is organised by the Muara Foundation based in Jakarta. As stated on their website, the festival hopes to create a community within the region where the nations can get to know one another’s cultures through a debate around their literary works.

Several new literary festivals push the boundaries of what is considered literature. The Digital Writers Festival, based in Melbourne Australia, is an online festival established in 2014. Its programmes include series of events, discussions and online activities that leverage technologies to enable people to participate from anywhere where there is an internet connection. The panel sessions offer both real-time and pre-recorded videos and the festival engages audiences in live discussions through their social media channels. In one series of events in 2015 audience members could sign up for an online tour of Dunedin, Iowa City, Melbourne, Krakow, Edinburgh, and Reykjavik, fellow UNESCO Cities of Literature. Local writers from each city gave a guided tour of the writing hot spots, literary landmarks and favourite cafes, carrying with them a video camera to livestream the route to audiences located all over the world.

Another example of a literary festival pushing traditional boundaries is the Oslo Poesifilm, a festival for digital and visual poetry. It holds events that explore poetic forms and how they have been influenced by digital and social media. It invites international guest whose practice ranges from writing to art and filmmaking.

The Ha!wangarda Festival, held in Krakow Poland in October, is similarly experimental in its approach. It explores current trends in experimental writing, as well as investigating the question of the future of literature in the digital world. Given the capacity and high use of online technologies, it is not surprising that more literary festivals are experimenting with the way in which they present their programs.

Even though significant aspects of literary festivals are about promoting writers and their work, they also create a space for discussing challenging issues of our time by bringing together audiences, writers, publishers and thinkers. It is this debate that brings diverse audiences and enables literary festivals to reach beyond national borders.

Claire Rosslyn WILSON is a poet and non-fiction writer who focuses on writing about arts and multicultural topics. She has eight years of professional experience in resource development and the arts and has worked with international and non-profit organisations in Thailand, Singapore and Australia. She has had her work published in various journals and is currently doing a PhD on creative writing and cultural adaptation. You can follow her on Twitter @clairerosslyn. 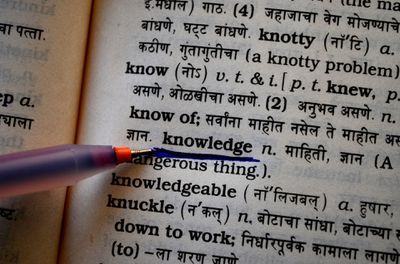 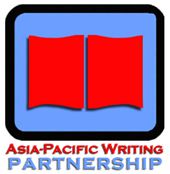