The visual arts scene for Indian Modern and Contemporary art has grown exponentially over a short span of ten years, a close look at its internal structure reveals an almost non - existent support system for its public arts infrastructure. In the absence of the traditional support systems, i.e. museums, art schools and base for art criticism, such as in the west, this layer seems to be emerging in the form of Art Fairs.

One such platform is the India Art Summit (IAS), an all inclusive event that is a trade-fair, conference and exhibition all rolled into one. Held at Pragati Maidan from the 19th -22nd August 2009, the India Art Summit has proved to operate at a number of non-traditional levels by not only providing a platform for trade but also acting as an educational platform providing access to art for the general public and also serving as the only venue for unbiased debate and discussion for the Indian Modern and Contemporary Art world today. For the uninitiated, the Summit included several curatorial projects such as the “Purple Wall project” and curatorial walks that helped educate audiences functioning almost at the level of a traditional museum. Also included, was a Video Lounge and several installation works spread around the venue highlighting art forms that in India have not received too much attention in Indian in the past.

A reported visitor footfall of close to 40,000 visitors in 2009, reveals that attendance was not only by the who’s who of the Indian modern and contemporary art world but also a general public that included students, new collectors and people with a general interest in art. The following is an interview with Ms. Neha Kirpal, Associate Director of the Summit, where she talks in depth about the various roles that this fair has played for Indian Modern and Contemporary art so far and what role it could play in the future…

Anjali Devidayal: It has been noted that the IAS in its structure is very different from traditional art fairs. Could you explain to me if it is intended to fill in any of the gaps that are existent in the cultural development of the Indian Modern and Contemporary art scene such as the public arts infrastructure and if so how?

Neha Kirpal: We have looked at the structure of the international art fair model, the art market in India is very different so first and foremost it is structured in a manner that is a very democratic platform. So one of the clear focus areas was not to make this an elitist event where it is only about the existing collector base for art. The idea was that in this country, we don’t have many people collecting art because there isn’t that much access and awareness. So the India Art Summit is meant to bridge that gap where we in a sense induct many more people into the art world. It is for the first time for people who are enthusiastic but may not know much about art or for those people who have never really been introduced to art. Therefore we brought this event out at a very public venue like Pragati Maidan where people do not have inhibitions about going. Otherwise in art galleries people tend to feel a little intimidated sometimes whereas in a trade fair venue large volumes of people can come in and experience art. That way everybody is getting inducted into art where some people can come and buy and some can come and just take away the experience but tomorrow as they grow in their lives, they might consider buying. So in a kind of long term way this is one of the first major steps that we have taken as a country to really expand the collector base in the country. So far all the effort has been made by a few private players but that is restricted to what a few players can do individually. So this is the first collaborative effort.  Also the gap it is filling is that there is not much governmental effort in this direction, so this becomes all the more relevant.

A.D.: Therefore do you think the IAS will have any impact on artistic practice? If it is the only unbiased platform, do you think it will affect the way artists work?

N.K.: Yes and no in the sense that it will impact the art practice and the way art is seen and automatically the production of art will also be impacted. But it is more from the point of view that when there is dialogue and exchange then there is a different result. As a result of collaborated energies as opposed to fragmented individual efforts results in a cohesive platform. This brings different energies together, different thoughts together and one of the other ways that the Art Summit addresses this is through the International Speaker’s Forum that took place. It was a discussion and seminar programme held over three days that brought varied opinions and thought processes and practices together. The result of all those exchanges is obviously going to have some impact on art practice itself.

The other attempt at taking up particularly a couple of art forms like for instance video art and creating a dedicated video art programme at the Summit are efforts that from a curatorial perspective will highlight one or two art forms that will then promote them with a general audience in the country. There may not have been as much awareness of video art specifically or say installation art specifically but through the Art Summit some of those are taken up and given more encouragement and visibility which in turn will then encourage people to produce more works in that direction and there will be a bigger audience and interest.

A.D.: You have mentioned in some articles that you will be screening the quality of artists and galleries that are coming in for future events. Therefore do you see the India Art Summit as a platform where art could possibly be validated (i.e. be accepted in the canon of Indian art for that period, once it is shown at the fair)?

N.K.: No I don’t think so. I think the purpose of us looking very strongly at the content of art is that we are truly representing the best in terms of the breadth of Indian Art at this platform as well as the international art that comes in. So it is more from that point of view and to the extent that public opinion and a market place environment, whatever effect that has on best practices, valuation and price valuation, that effect it will have. This is the natural effect of any marketplace environment, where you take people out of their secluded individual existences and put them all under one place. But beyond that in terms of the valuation of art, I don’t think there will be any separate mechanism for that. The conventional role of museums will remain as is. I think here because we don’t have museums and other validation bodies, this is the very first step itself in terms of moving in that direction in turn making the market less volatile and brining in more consistency.

A.D.: Could you also talk a little about the future of the India Art Summit at a cultural level. How do you see the fair evolving in the future as a cultural platform?

N.K.: I think its has made a good beginning from the point of view of integrating the art scene within the sub-continent and also being a platform where the best is represented, a place where the world can really access the best breadth and depth of Modern and Contemporary Indian Art. Going beyond that I think it will also serve as a very useful platform for Indians who are interested in non-Indian art because it is an access point to galleries dealers and stakeholders for entering the Indian market and making ties here with collectors. While at the market level there is tremendous potential looking at the growing power of India as a country and the purchasing power there is no doubt that the art scene is going to grow however slow and steady. In terms of the cultural aspect, the role it will play for the access and education of art are going to be key because in the Indian context that is something that is greatly lacking across the government, public, private, efforts in this country and so it will certainly give a big boost to that, which is good because the more awareness and access the more enhanced our curatorial practices will be and hopefully we’ll see a more developed art scene here and the Art Summit being one of the key enablers of that.

Anjali Devidayal is an independent art consultant, curator and writer and works with arts organisations in developing and promoting the visual arts in Asia. With a keen understanding of Indian aesthetics she is actively involved in the Indian Modern and Contemporary art world. Academically she holds a degree in Art Business and is currently working on a post-graduate diploma in Indian Aesthetics. She currently lives and works in Mumbai. 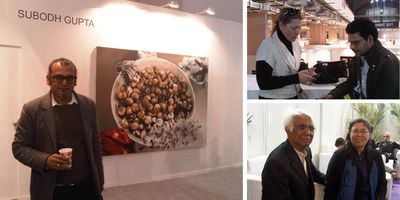 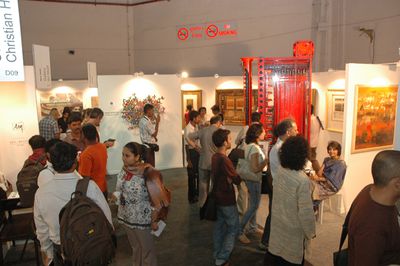