Marrying art and literature in Singapore | The case of Delere Press 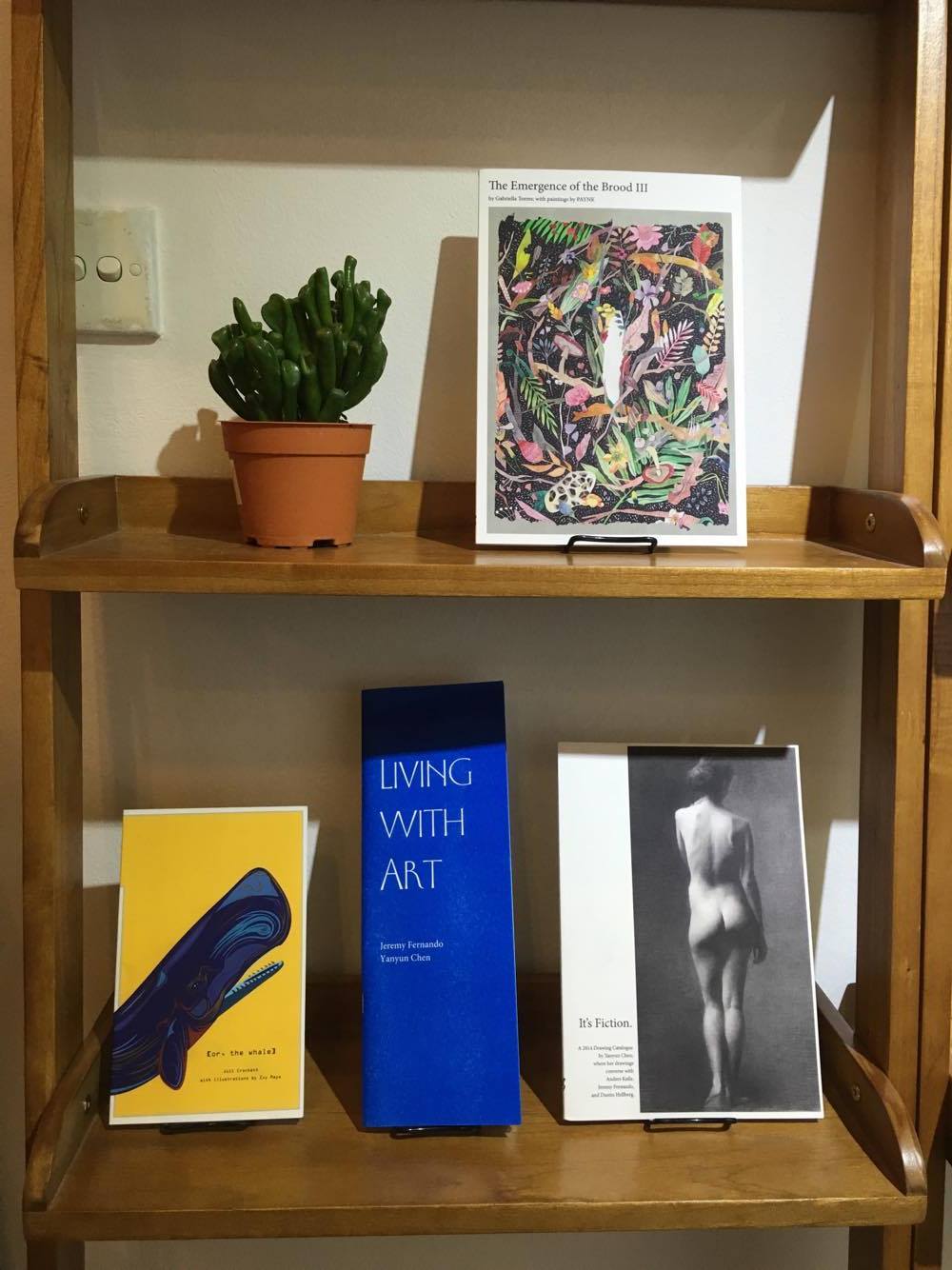 Sometimes the best ideas can be born out of a playful “I’m sure we can do better than this.” This was the case of Delere Press, a small publishing house in Singapore run by writer Jeremy Fernando and artist Yanyun Chen. 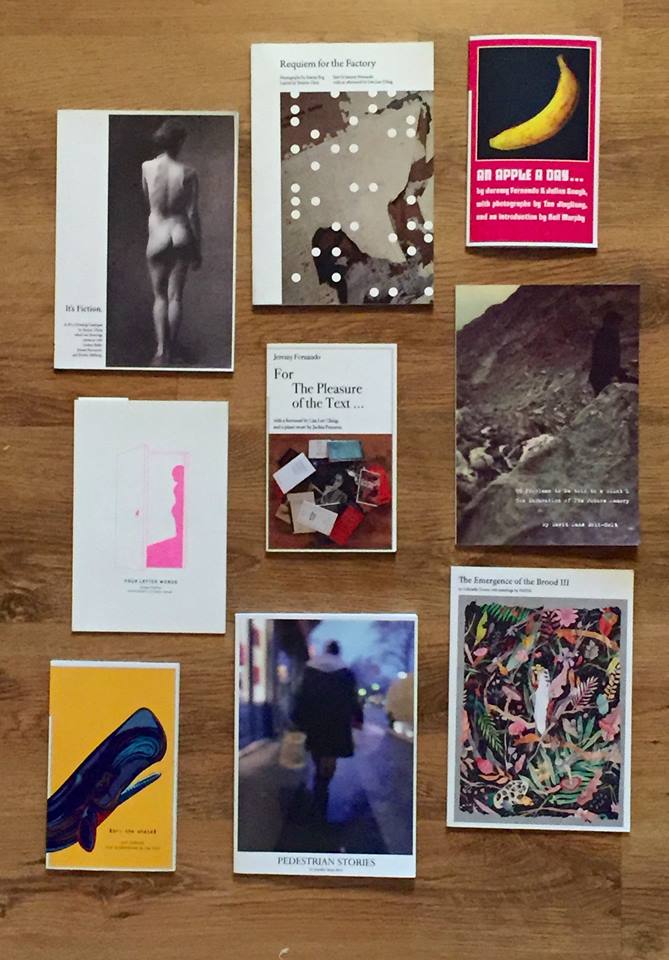 As regulars to bookshops, the 2 observed that almost no press took seriously the notion of the written text and the visual text being on an equal footing. It was either decorative images, or pure text, but the 2 would never be in conversation.

Yanyun and Jeremy had already worked on a couple of small projects together, and they thought it was something that could continue over time: from this Delere Press was born.

As Yanyun observed, both in the academic and artistic space, writers and artists were heavily reliant on the “middle man” and on the market, in the form of big publishing houses, galleries, art market, free-lance clients – with the result of often cutting off great experimental work.

On the contrary, Delere was from the very start a free space for ideas, relating thoughts and aesthetics. It counterbalanced the market-driven ethos of the Lion City, which also pervades the cultural world: “As an alternative space, Delere was meant to take on works that would be otherwise “deleted”, hence the name of the press.” Delere officially registered as a publishing house in 2011.

- You are both fond of European literature. In the Europe of the 60's and 70's the art world and the literary world were closely connected. Is the past artistic and literary scene of Europe a source of inspiration for you at all? 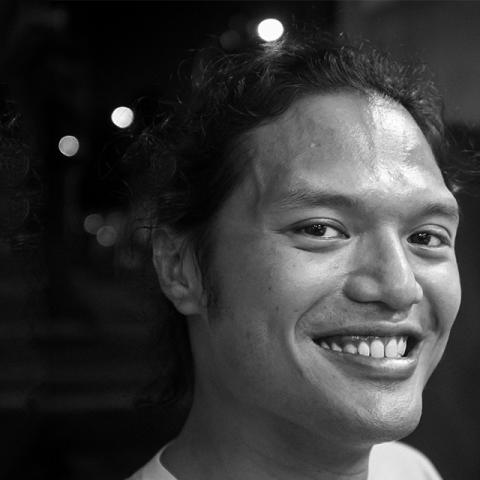 Jeremy Fernando: Yes, but also the Asian literary and art worlds were also very much connected: one only needs to look at Chinese calligraphy to see these two things coming together in the very same space. At the end of the day, reading is always also looking, seeing — alongside touching.

I would say that certain books have become huge inspirations for me: the ones that jump to mind at the moment include Jacques Derrida’s Glas; Avital Ronell’s The Telephone Book; Marshal McLuhan & Quentin Fiore’s The Medium is the Massage; Salvador Dali’s The Surrealist Cookbook; The Codex Seraphinianus — all of them are stunning.

I’ve also been greatly inspired by writers like Jean Genet, Hélène Cixous, Werner Hamacher, Jean Baudrillard, Elfriede Jelinek, Roland Barthes, and so on … in a way, my approach to reading and writing, is very much shaped by a continental tradition: a lot of it is probably due to my training at the European Graduate School, and also by the fact that I’m drawn towards that approach to thinking. 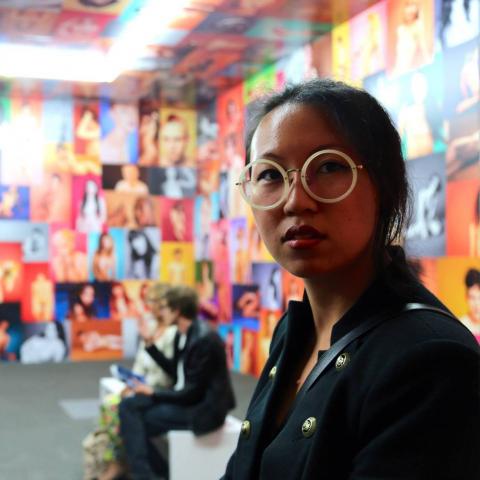 Yanyun Chen: My fondness for literature and philosophy has Jeremy to blame, truly. In fact, the last 6 years of my life went the way they did because of our friendship — how it has been grown from thinking alongside, being with, spending time, and crafting together. Perhaps it was inclination to think with his writing, and my own search to think in a different way that opened the space for me to read writers such as Barthes, Baudrillard, Bataille, Nancy, Hamacher, to get to know the space which he and all of them walk in.

Because of this, the artistic and literary scene of Europe came into my life, but it was one where I had to learn the language, words, concepts, ideas, strategies, and stories which now make up my understanding. Philology, philosophy, literature, storytelling were things I found. 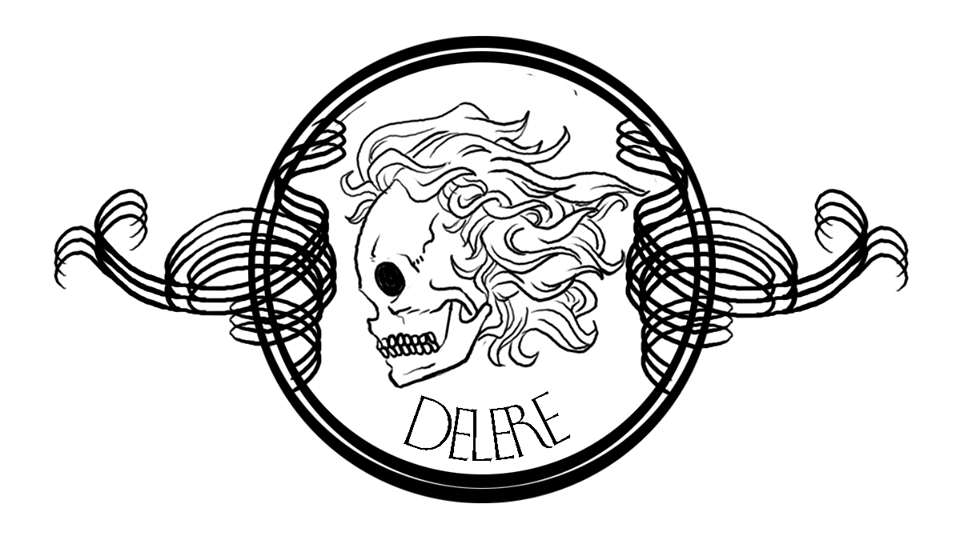 - All of Delere Press books represent a collaboration between an artist and a writer. Do you feel writers and artists from your generation communicate with each other in Singapore, and if so, would these cross-disciplinary exchanges occur more often than with the past generations?

JF: I suspect that real collaboration is actually happening less now than ever before. With neo-liberalism and its logics taking over the world, most exchanges between people are now governed by market: and communication revolves around information, rather than being in communion with another.

An effect of this can be seen in how books these days are pigeon-holed: for most presses, part of the pitching process involves telling them which shelf your book will fit on — which is nothing other than where can we place this in a bookshop; or what keyword will bring it up on Amazon/ Google etc.

At Delere, not only do we not bother with categorisation, in many ways, we’re only interested if the work defies it, is a challenge to it : and often-times it is the manner that the two (writer & artist) are brought together than starts to blur these so-called boundaries …

- In terms of audience, do you feel people interested in culture in Singapore are both into the visual arts and literature, or are these two separate communities?

YC: Do people who look at art like to read? And do those who like to read look at art? It would be lovely to say yes, and imagine the “cultured-person” as one who reads, writes, thinks, directs, paints, discusses, teaches, researches, muses, supports, plans policies to enable the arts. Audiences here want to have a good time, to be unshaken but touched gently, to be stable and safe and certain, casually dabbling in their drug of choice — literary or artistically or both. And then we have the audiences who take it very seriously, as if, and perhaps their life depended on it.

- Jeremy, how do you personally approach contemporary art (in terms of how you look at art) and the art scene as a writer?

JF: By confessing that I know nothing about art.

And from that place, space, of not-knowing, attempt to respond to the work — so when I write on the work of artists (Ruben or Yanyun for example), I spent quite a lot of time just looking at their work. And then seeing what comes to mind: and quite literally I will jot down these random thoughts, quotes that come to me as I’m looking, phrases, words, and then when they are on the page, I see how they might be speaking with each other.

In that sense, I see writing as both responding and composing — whilst writing I’m never quite sure if it works, if it makes sense, if it ‘fits’: I certainly don’t have a ‘thesis’ that I’m trying to make on an artist’s work (as that would be me imposing an idea on a work). A lot of it is a leap of faith that the work is saying something to me — even though one is always running the risk that I might be merely hearing voices in my head, or even worse speaking over the work, making it say what I want it to say. That is the risk of all speaking, all writing, though: and one has to bear responsibility for it — and at the end of the day, quod scripsi scripsi, with all of the consequences.

- Delere Press chooses not to be tied to a specific geography or nationality. However, being all of you Singaporean authors based in Singapore, do you feel you are contributing to the cultural environment of Singapore in some way?

JF: I suppose, inevitably so: but, to be honest, I’m completely uninterested in that. I’m not a fan of the nation state per se, and don’t have a nationalistic bone in my body at all. What I’m more interested in is to have Delere as a space for writers, artists, thinkers, layout artists, to play, to create, to form books that explore ideas, thoughts, forms of writing and visuals that might not otherwise have a place. Since neither Yanyun nor myself treat this as our main means of income, we are free to experiment.

YC: Perhaps this is a question to ask Singapore, if our presence contributes to their cultural agenda at all.

I have no interest in creating an identity of Delere that is “Singaporean”, or to label works which happen to be made in Singapore as “Singaporean”.  The whole thing is very limiting and myopic. If writing and images are to converse on paper, what does it matter the location of things? If it is aesthetics we speak of — which isn’t to say that aesthetic, identity and politics are mutually exclusive — then it is the thinking space of the page that will carry the work forward, not the geography.

Of course, this choice comes with its own set of issues, as the stance itself excludes us from any kind of support from institutional funding or infrastructure. And as with how this country likes to think of all works as “products” and “resources”, and all news related to itself as a “marketing and public relations campaign”, Delere will have to deal with the problem of being subsumed if we do become that important and relevant to the cultural environment in Singapore.

Meanwhile, this is our own playground.