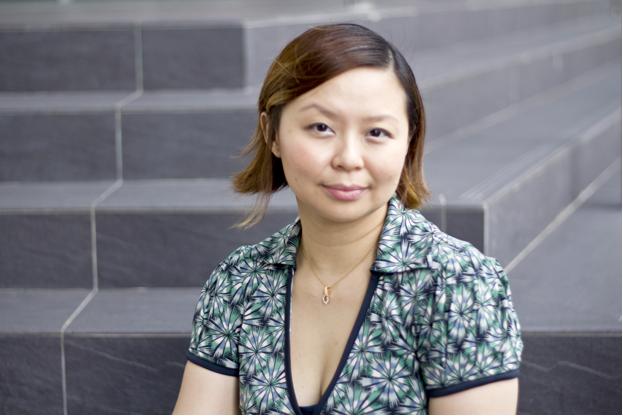 And so says Singapore-based creative centipede Tania Sng, an Asia-Europe Foundation alumna. Over lunch, we talked about what she's been up to and what her plans are for the future.

In 2005, Tania travelled to Europe with 10 other female filmmakers from Asia, to connect with their European counterparts and industry professionals. They started off at the 27th Créteil International Women's Film Festival – organised in partnership with Asia-Europe Foundation (ASEF) – followed by visits to Paris and Berlin. A fruitful two months of screenings, conversations and roundtables ensued.

With a focus on Asia, the Film Festival also screened a number of Tania's films, offering its audience an interestingly diverse take on the region. Tania underlined the importance of an event like this: the chance to meet with a variety of people from Asia and Europe, can be described as 'the start of great friendships and potential collaborations’.

'When you go all the way to another country, you see what other people see,' she said. As an Asian filmmaker, she could share her films with a different audience – namely a European audience, which is usually more vocal about their opinions and analyses. It helped her to understand if she communicated her thoughts well.

The trip to Europe opened doors. There was now a ready pool of filmmakers that she had befriended during the trip. And she became even more excited and more confident about collaborating with people from other cultural backgrounds. Tania continues: 'Film is such a collaborative medium. It's about people. And I love people. That's why I work in film. I have moments where I want to be left alone and I have moments where I crave creativity with others.'

Since 2005, Tania has had several accomplishments: she directed the short film "Jane", the story of a successful Singaporean businesswoman who contemplates her life's choices. Another interesting collaboration was "Lucky 7". This film-omnibus, sequentially directed by seven different filmmakers, brought Tania back to Europe. The film was included in the film programme of the International Film Festival Rotterdam in 2008. Concurrently, Tania ran her own company Aquafire Productions, producing videos for the corporate sector, for almost 10 years.

Last year, she curated three photography exhibitions for Singapore-based theatre company Theatre Works. She was also part of the inaugural Experimental Film Forum in Singapore's art house The Substation, where six of her older experimental films were showcased. And she was behind the costumes for part of the Australian feature "Triple Happiness", directed by Aaron Wilson.

What are her dreams for the future? Most of all Tania wants to do the little things – those things she never had the time or opportunity for before. She also wants to put herself in new situations where her learning curve is steep. That is where true creativity emanates from: new situations and places, all contribute to fresh ideas. They help an artist find new spaces for the mind. It means more room to explore the nuances of life.