Magazine > The Key to a Cooler Lumpur

The Key to a Cooler Lumpur 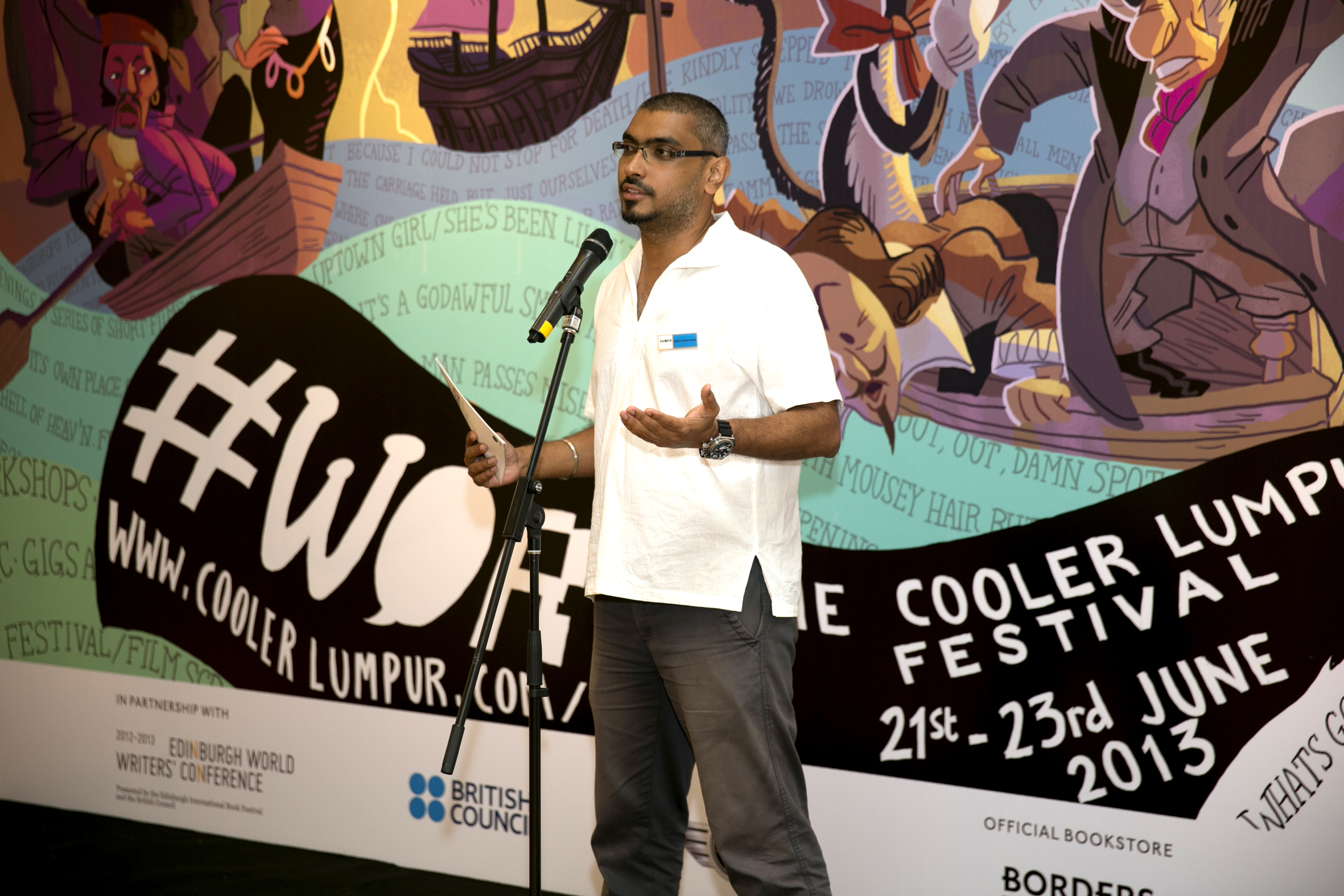 Last 21 – 23 June 2013 saw a unique kind of art festival taking place in Kuala Lumpur, Malaysia. It was what the organisers called a literature-inspired festival. It was thus also aptly named, #Word: The Cooler Lumpur Festival – a festival that feels like a literature-writers-readers festival, but much more.

When asked about why the almost Freudian-slip double-barrelled festival name, Umapagan Ampikaipakan, the festival’s literary director explained, “It is a play and a tribute of sorts to [Anthony] Burgess’s Malayan Trilogy. In his ‘Time for a Tiger’, Burgess wrote that when the British colonials came over to Malaya, they couldn’t really pronounce Kuala Lumpur – so they called it ‘Cooler Lumpur’. It was something I had in my mind for a very long time. And over the last decade or so, there has been many things happening in Kuala Lumpur – in arts, in music, in culture, in tourism, that really made Kuala Lumpur a cooler city now.”

And why the hashtag?

“A real no brainer actually. It was to incorporate the digital and social media edge into the festival. We wanted this festival to have a very obvious bridge between the real world and the digital world. And so a hashtag in the title of this year’s festival made it all the more unavoidable.”

#Word which ran for three days packed more than thirty events featuring over forty writers, speakers, poets, artists, curators and publishers from in and around the region. The British Council’s involvement in the festival also brought several writers from the UK, as well as one of the anchor programmes of the festival, the Edinburgh World Writers’ Conference.

From the very outset of the discussions of putting together the Cooler Lumpur festival, Umapagan flipped through the pages from his memory of all the literature festivals he has been to over the years, and picked out what he thought worked and more importantly, what did not. For example, he was very impressed at how succinct the one-hour discussion panels were at the Singapore Writers Festival, and immediately decided that panels in the Cooler Lumpur festival were all to be one-hour long as well. Umapagan was also very conscious that the festival must have a line up of programme that is rich enough to cater to the different reading communities in Kuala Lumpur, in order to have sustainability built into the very heart of the festival.

The number of people who turned up and took part in the events of the festival despite the terrible seasonal haze that enveloped the city on the last day of the festival was the testament to the success of this debut festival, and its programming choices. The festival had events which catered to that said wide segment of the Malaysian society – from bright-eyed children to young adult readers, serious intellectual academics to advertising suits, budding performance poets to script writers – and the festival even covered literature in singer-songwriting.

‘Programming’ – is a funny little word, which gets side-tracked by festival directors and producers, often in favour for the seemingly more important things – like money, KPIs, headliners, and even sometimes, empty glamour.

It takes a lot of energy, research, fingers on many pulses (or in as many pies), knowledge of the appetite of audience and a whole lot of intuition for a festival director or producer to even begin to build the festival programme, block by block. And it takes twice as much of all of the above, to resist making changes to the programming unnecessarily, especially when the sacrifices are not to improve the choice of programming, but merely for KPIs or ‘to meet the numbers’. This is not to suggest that cosmetic changes will not affect the success measures of a festival or event. However, when poor programming choices are made, the sustainability and the long-term impact of a festival is at risk.

Back at Cooler Lumpur headquarters, the organising team knew that they needed to work with partners who had the expertise and access to the different market segments they were targeting. They set up partnerships with many different organisations and entities including the British Council, Borders Malaysia (which curated the children’s events called ‘#Word Junior’), BMW MINI (that ran a Twitter-based micro writing competition called #MINIfiction) and Poskod.my to run a journalism campus featuring many managing editors and journalist to discuss the state of journalism and reportage industry in Malaysia today. The asked the curators of Interpr8 Gallery to invite visual artists to make art inspired by words and books. They even got The Last Polka, a Kuala Lumpur based homemade ice-cream maker, to design two special festival flavours inspired by literature, to attract the not-so-into-reading crowd to come to the festival.

The Edinburgh World Writers’ Conference (EWWC in short, presented by the British Council and the Edinburgh International Book Festival) proved to be a big hit at Cooler Lumpur festival, offline and online. This world largest travelling conference of its kind made its only South East Asia regional stop in Kuala Lumpur with three panels strong discussing themes like censorship, politics in literature and a national identity in writing. All three sessions were live-streamed on the Internet, garnering social media interaction from various different countries – proving that in this globally connected world today, festivals can embrace digital technology in order to reach out to new audience.

And reaching out to new audience is a challenge that the Cooler Lumpur team is adamant to overcome. For now, the festival has found a niche in the literature sector in Kuala Lumpur – in catering to the many purveyors of words young and old – and has comfortably filled it. But Umapagan hopes that the festival also will inspire the next generation of Malaysian writers, hoping that it will be a launch pad for the next Tan Twan Eng or Tash Aw or Preeta Samarasan.

Umapagan concluded that, “by having platforms like this festival, we want to tell Malaysian writers or would-be writers that what they do matters, and it has tremendous value that we need to recognise now.”

“It hopefully also shows the Malaysian public that literature and literacy extend beyond the realm of creative writing – fiction and non-fiction. That the written word is important, and words exist in their everyday lives and can inspire many things.”

‘#Word’ indeed is only 2013’s Cooler Lumpur festival theme, and therefore, is not permanent. In fact, at the closing ceremony of the festival after the final keynote delivered by Burma’s Dr Ma Thida, the Cooler Lumpur Festival’s executive director Hardesh Singh announced next year’s theme and title: ‘#Fast’.

And with this theme and title, the organising team will quickly start working on the programming for the next Cooler Lumpur Festival.


Grey Yeoh is one of the busiest arts and culture administrator in Kuala Lumpur. He is a trained multimedia and visual designer who collaborates in socially engaged art projects both online and for live performances.

Since 2008, he has been involved in the arts by co-curating the art-historical exhibition ‘12 Years’ and the ‘Emergency Festival 2008’, as well as collaborated on the visual designs for several Malaysian theatre productions, including ‘Gostan Forward’ and award-nominated ‘Wayang Fajar’ by the Five Arts Centre. He is the former creative producer for the online information portal for Malaysian youth, ‘PopIN’ and the online satire talk show ‘That Effing Show’. He curated a series of talks at the recent Kakiseni Arts Festival titled ‘Kata Tindak Seni’- looking at the state of the performing arts in Malaysia today.

Grey works as the Arts & Programme Manager for the British Council in Malaysia and played an important role in helping to programme the Edinburgh World Writers’ Conference into #Word: The Cooler Lumpur Festival. 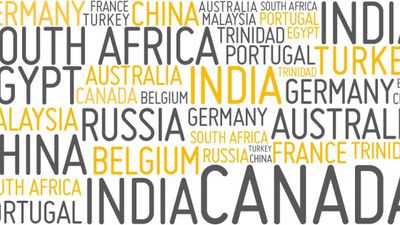 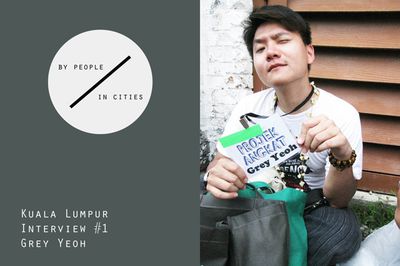 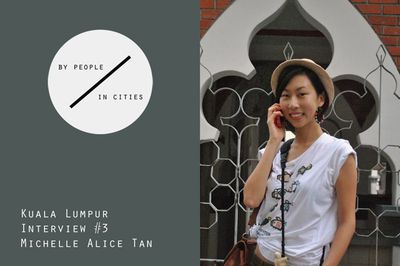 ASEF Unplugged – Kuala Lumpur “Why Do Our Proposals Get Rejected?” | Key messages 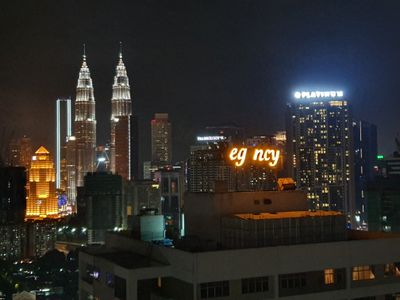