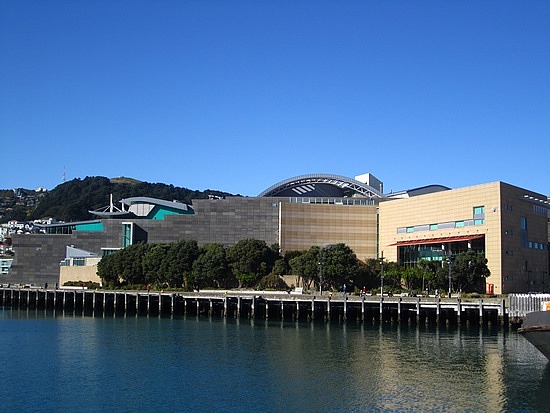 As with many other Western democracies, New Zealand does not have an over-arching, monolithic cultural policy. The Ministry for Culture and Heritage builds its policies and strategies around three key themes: create, preserve and engage. Its cultural indicator suite, which it uses to aid ‘decision making about the long-term development of the cultural sector’, is structured around five goals: engagement, cultural identity, diversity, social cohesion, and economic development.

Every year the Ministry releases a ‘statement of intent’, a rather dry, managerial rolling three-year plan. In its latest statement, for 2011 to 2014, the Minister underscores the need for cultural policy to ‘work with the sector to increase the value that culture can bring to other domains, such as education, the economy and social development.’ Other issues highlighted include supporting Christchurch’s cultural sector following the city’s recent earthquakes, strengthening partnerships within the cultural sector, developing cultural philanthropy, and ensuring the effectiveness and efficiency of government cultural intervention.

A review of Creative New Zealand has led to a consolidation of the agency’s ‘unwieldy’ multiple decision-making boards. And in a review of the New Zealand Film Commission the reviewers, one of which is film-maker Peter Jackson, propose a ‘talent partnership’ model to supersede the Commission’s current ‘arts patronage’ model, which they see as aloof and controlling. Under the proposed model, the Commission would be more deeply involved with film makers, working as a flexible, cooperative and more equal partner. 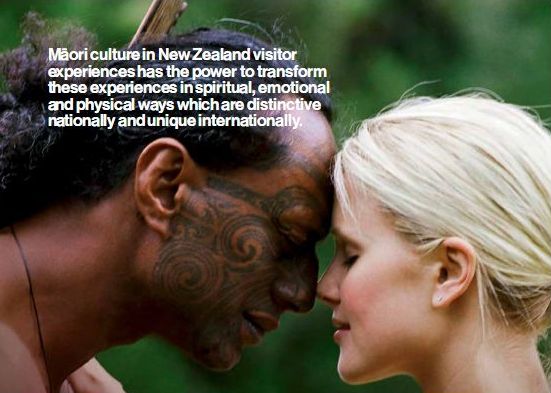 For a small country New Zealand has a healthy supply of cultural policy research resources, though much of it is produced by government agencies. The Ministry for Culture and Heritage has undertaken a range of policy reviews and research projects. Creative New Zealand has produced key research on arts participation, arts work, and Māori and Pacific Island cultural heritage. A well-developed cultural statistics program and cultural indicator suite monitor New Zealand culture. Data show that New Zealand’s cultural industries make up around three percent of the country’s economy. Industry value added grew relatively strongly from 2005 to 2006, but declined in 2007 and 2008.

Employment data reinforce the picture of strong growth up to 2006. Between 2001 and 2006, cultural employment grew faster than total employment. Growth was strong across a range of cultural sectors – not just design, film and video, but also creative arts, libraries and museums. The growth in creative arts contrasts dramatically with Australia, where creative arts employment declined between 2001 and 2006. New Zealand’s economy is closely linked to Australia’s, and their cultural sectors have historically displayed similar trends. Could the difference simply be due to a ‘lag’ in New Zealand data, or does it signal something more substantial?

A possible explanation for the difference is that New Zealand’s cultural policies have been more successful in promoting cultural sector sustainability. Another explanation might be that New Zealand is benefitting from its special citizen-in-residence, film-maker Peter Jackson. Jackson’s film company has produced a number of block-buster movies, including the Lord of the Rings trilogy. It is not unrealistic that New Zealand’s economy could be influenced by a single film company: the recent purchase of a single aircraft, for example, had a noticeable impact on the country’s trade deficit.

The impact of the Lord of the Rings trilogy on New Zealand has been the subject of much debate and analysis. The government has cited substantial overseas revenues, and the ‘downstream’ benefits of national brand and tourism to justify recent policy initiatives, including a last-minute intervention into an industrial dispute that threatened the locating of The Hobbit in New Zealand.

As a complex, multi-contractual business, it is not fanciful to expect major film productions to have substantial economic impacts on New Zealand’s relatively small cultural sector. But it does pose a peculiar succession planning problem for New Zealand’s cultural policymakers: what to replace those impacts with when Jackson’s run ends.

1The author is grateful for the help of the Ministry for Culture and Heritage in compiling this data, and thanks Michael Volkerling for comments and suggestions on a draft of the article. Any mistakes in methodology or interpretation are naturally the author’s.

Ministry for Culture and Heritage, 1998, The government’s historical role in the cultural sector: a brief survey, Appendix from Government's Role in the

Cultural Sector: a survey of the issues.

Ministry for Culture and Heritage,2011, Cultural Policy in New Zealand.

Ministry for Culture and Heritage: Research and publications

Ministry for Culture and Heritage, www.mch.govt.nz 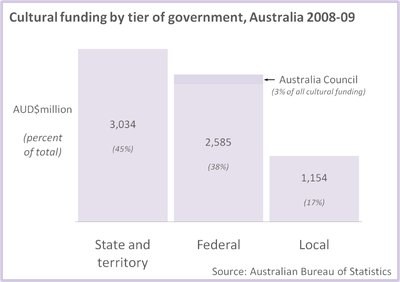