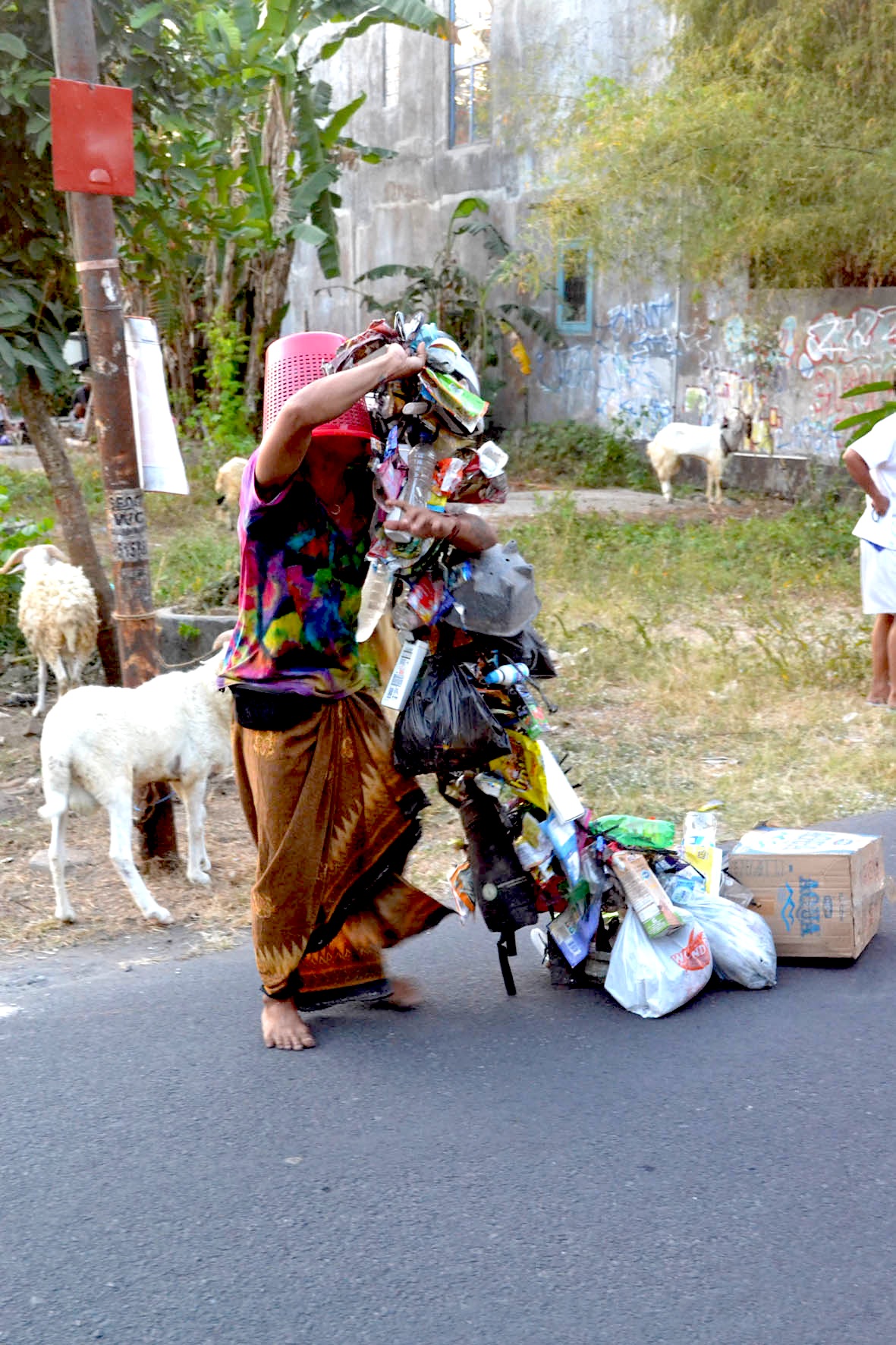 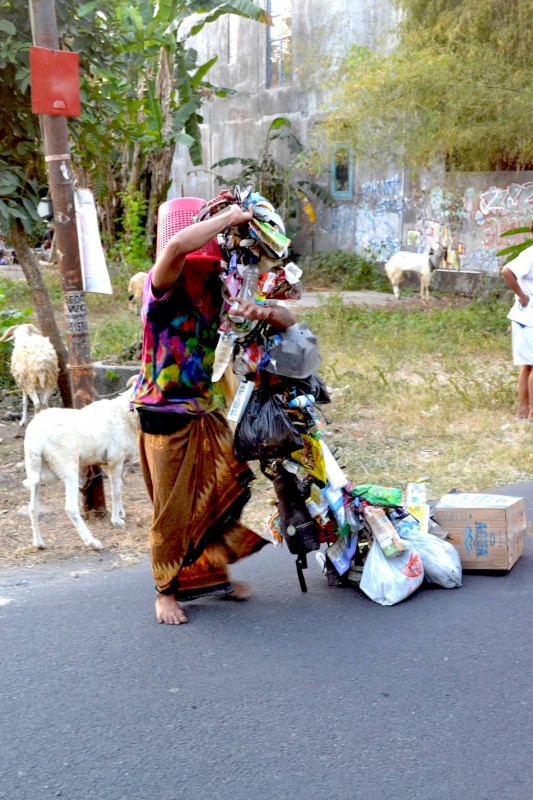 Climate change has been a current global topic during the last few years. At the moment, the consequences of the last typhoon in the Philippines or the chemical disaster in Fukushima, are examples on how human intervention in nature might affect our environment or put it in danger.

The subject of man-made natural disasters, that result in climate change, is the core of the first Climate Art Festival in Yogyakarta, held in the city and rural areas of Yogyakarta, Indonesia this October. From October 2nd  to 24th, the festival offered an extensive programme with workshops, performances, concerts and art exhibitions. One of its aims is to promote an awareness on environmental care amongst the local communities.

However, this topic is not new in the Indonesian arts community. Previously, there have been a number of artists that have worked with local communities addressing environmental issues. For instance, Cemeti Art House with their exhibition series Bocor (Leak) in 2007-2008. In Germany, there is a general agenda on environment care and it is quite common to find artists working in environmental projects. Having this in mind, the initiators of the festival - Yogyakarta-based German journalist Christina Schott and Indonesian environmental activist and journalist Ade Tanesia - organised a festival, that was at the same time an exchange project between Indonesia and Germany. Together with a group of activists and art practitioners from Indonesia and Germany, they developed a programme that encouraged the audience to reflect on the environment, but also cooperated locally to foster the awareness on environmental issues within the local communities.

KVB [Katerina Valdivia Bruch]: Is the festival more an exchange of knowledge or an expertise transfer through arts?

CS [Christina Schott]: It is more an exchange of knowledge, but at some point there were also expertise transfers through artistic approaches. During the community festival we held in Ledok Tukangan village in the centre of Yogyakarta, artists and activists worked together and introduced the villagers to some recycling techniques and urban gardening methods. This exchange of knowledge was done through creative workshops, in which they produced handicraft and small artwork from recycled waste materials, but also via performances with songs or theatre pieces about environmental topics, or with the creation of a village garden on permacultural principles.

KVB: In which sense do you think that art might promote public awareness on environmental issues?

CS: Visual arts, music and performance are media, capable of reaching  a broader audience and opening new possibilities to communicate these subjects with communities. Instead of using an abstract or a scientific vocabulary, people can be reached in an entertaining way. Some workshops might initiate concrete projects, in which the participants can experience directly the effects of their activities. Some of these might continue after the festival and offer examples for others to think in a sustainable way.

KVB: Did you incorporate the previous reflections on art and environment by the local arts scene while you were organising the festival?

CS: Only a handful of artists in Indonesia create artwork with environmental topics in a serious way, not to mention climate change. It’s probably not so sexy for the market. The same goes for music. This is exactly one of the reasons why we wanted to connect art to this topic: to make it more popular. The artists we invited were already dedicating their work to environmental problems.

KVB: In your introduction you speak about climate change, which has to do with the current trend on global warming. How did the artists approach this topic?

CS: The best example of this was given by  singer and guitarist Tomi Simatupang: the Indonesian-born and Berlin-based musician worked with his German drummer and Indonesian fellow musicians on several songs on forest fires, greenhouse effect or traffic congestion. To arrange text and sound in a way that the village people could understand their meaning, the musicians started with a children workshop in a village outside Yogyakarta. First, they asked the kids to draw whatever they thought would be an environmental problem. Later, they got an introduction on reasons for climate change and learned to produce musical sounds with any kind of instrument, from bamboo sticks to iron cans. The results poured all into a final composition.

KVB: How did you get in touch with the local communities and engage them to be part of the project?

In the case of Ledok Tukangan village, we used the classical way: The project coordinator approached first the village head and then, with the help of local residents, we got in touch with different groups within the community, i.e. the local women organisation, a creative studio for children and so on. In the end, almost the whole community was involved. During other events, for example the performance Sandiwara Alam, the community was engaged with the help of Indonesian artists living among them. The artists helped us to motivate, for instance, an old women’s Lesung Choir  to become part of the performance.

KVB: How was the experience with the artists and the communities? How was the response of the locals?

CS: Generally, the local residents showed interest and enthusiasm. There has been little action from the local government to take action concerning environmental problems or regarding the effects of climate change. That is why we needed time to explain the purpose and benefits of the project. It was not a one-day-job. There was an intense commitment of the project managers, who had to attend many meetings with villagers and other organisations. On the other hand, events like the art performance in Nitiprayan village or the bicycle carnival,  attracted many people. While the regular art scene in Yogyakarta took the festival as another ordinary art event, the street art community, film clubs and children art organisations responded with enthusiasm.

KVB: Is there any outcome or skill that the community developed from the exchange with the artists? Do you think that they will continue with some of the suggested ideas?

CS: Certainly, the Ledok Tukangan people will continue to use some of the newly learned skills, such as the way to recycle waste into products. Some of these might even achieve monetary profit from recycling. Besides this, the permaculture village garden will be continued and expanded. We hope that in the other villages we worked,  the local people will adapt and maintain some of the suggested ideas. However, it is not enough to organise a one-time-event: To achieve a long term effect, we need to continue the Climate Art Festival on a regular, sustainable basis, for example as a biennial event.

KVB: Thank you very much, Christina. I think it is a great initiative and I am looking forward to hear news on further editions of the festival.