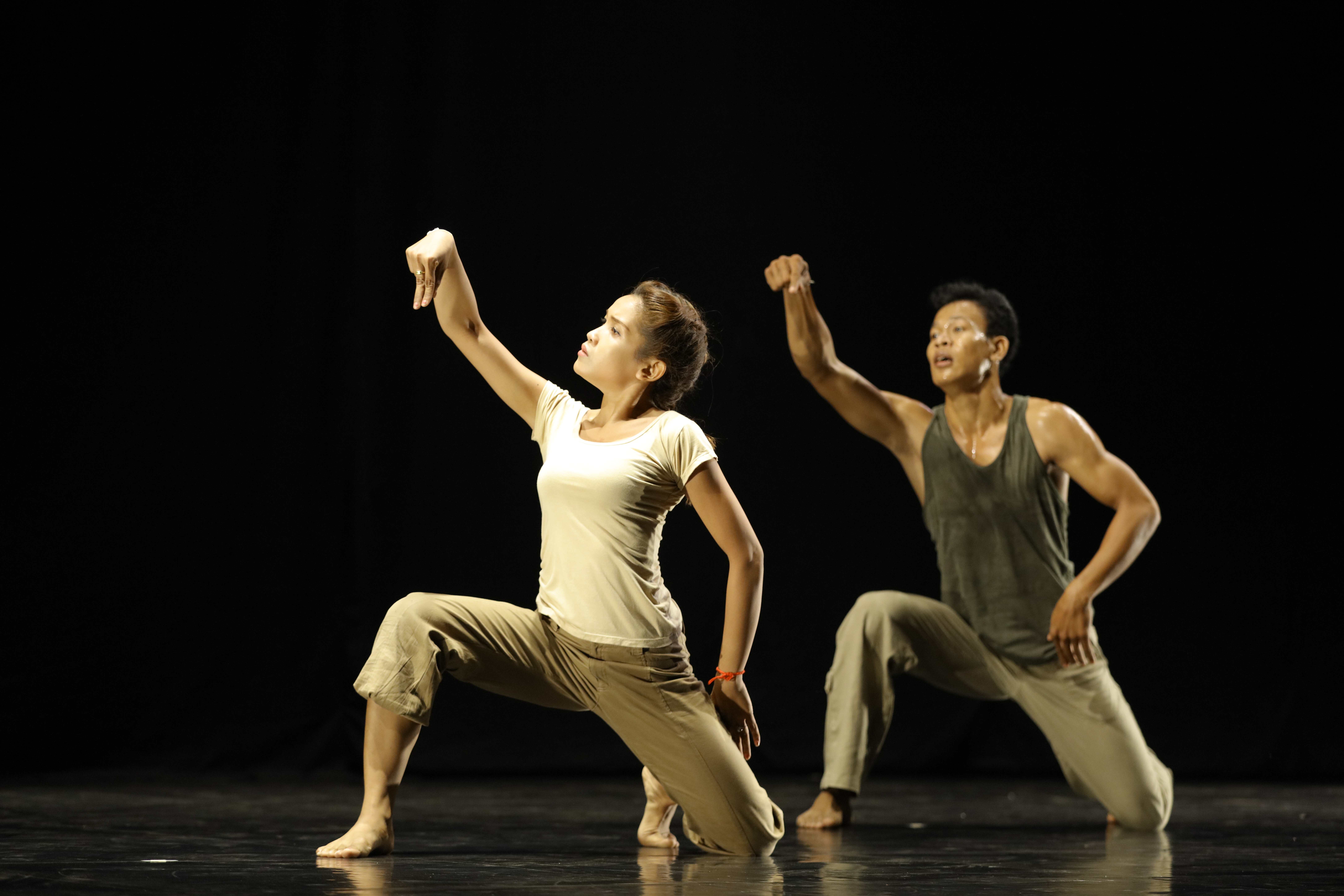 ASEF culture360 contributor David Fernández talks with Executive Director Rithisal Kang about the origins of Amrita Performing Arts as well as the developments of performing arts in Cambodia. 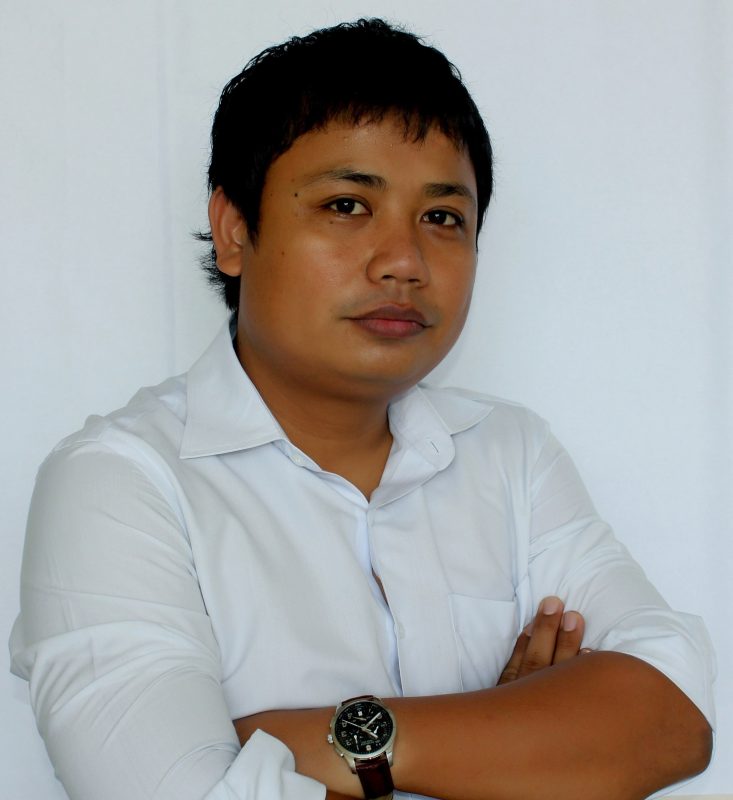 David Fernández: What was set to be achieved when you first started working with Amrita Performing Arts?

Rithisal Kang: Amrita was founded in 2003 by the American theatre practitioner Fred Frumberg, with a mission to help revive and preserve Cambodia's traditional performing arts through a programme that emphasized national capacity building in all aspects of production management.

RK: We started mounting traditional productions only. Basically the Ministry of Culture and Fine Arts as well as its institutions such as Royal University of Fine Arts and Department of Performing Arts, back then, were primarily interested in the revival and preservation of the traditional performing arts. Our organization was specifically founded to professionally stage this sort of productions. Most importantly, capacity building underlies all of our activities.

DF: How have your mission developed since the foundation of Amrita Performing Arts?

RK: Several years after it foundation, Amrita's mission started shifting. Since then and through the years, it has evolved to focus more on contemporary initiatives in theatre and dance, mainly due to the fact that many emerging artists started demonstrating their passion for creativity beyond their own traditional artistic boundaries.


We just want to keep enabling them to get exposed to other elements of contemporary creativity in collaboration with internationally renowned directors and choreographers through a process of intensive workshop and dialogue.

Nowadays, Amrita Performing Arts has become a major catalyst in helping the young generation of Cambodian choreographers find their own voice and start creating and staging their own works as well as exploring the possibility of touring abroad.

DF: How did the public in Cambodia react to your shift from traditional to contemporary performance art initiatives?

RK: At first, especially while staging traditional performing art projects, we built a strong audience, who came to see our shows, who understood and shared our efforts. When we shifted, after several collaborations with international collaborators, doubts arose. This doesn’t necessarily mean we started receiving negative feedback, but truth be told many people naturally reacted raising their eyebrows and questioning what was happening behind their eyes. For some, it felt like a departure. Fortunately growing enthusiastic audiences are now embracing our new approach to performing arts, especially the younger generations.

RK: We are committed to support Cambodian contemporary dance and theatre initiatives, responding to the creative drive of emerging choreographers who are passionately dedicated to ushering their country's ancient performing arts heritage into the future. Amrita is now widely recognised in Cambodia as a pioneer in Cambodian contemporary dance, we aim to support the creative drives and desires of our performers who in turn are responding to a vastly different Cambodia.


Personally I just want to see young Cambodian artists at the forefront of contemporary performing arts developments contributing their voice to the image of this country by creating work that speaks about their very unique life experiences while examining the relationship between tradition and the contemporary, set against the backdrop of the past and the current social and global environment.

DF: What did the development of Amrita teach you about Cambodia?

RK: What the country went through with the tragic history of the Khmer Rouge ‘Year Zero’ Genocide- means that it has taken a generation to revive, to continue with life. It is very encouraging to see how the second generation is now contributing new images to its modern history and culture in order to help society to re-shape again and especially to continue writing the future of Cambodia. What these artists are doing I very much appreciate, because they are not just moving forward, they are also looking around in search of identity and inspirations, at the same time they try to understand what’s behind them. I believe this is a very good model to look at, the daring capacity of evolving from the tradition to the contemporary artistic expressions.

DF: What is Phnom Penh's art & cultural scene like nowadays? How would you describe its creative community?

RK: For the past 10 years we have experienced a burgeoning art & cultural scene in Cambodia, although the creative community remains relatively small. We can see in this community the notable and renowned choreographer, Sophiline Cheam Shapiro of Khmer Arts and the internationally acclaimed visual artist, Sopheap Pich, just to name a few, whose works have been commissioned and showcased around the world. In addition, we can also see younger artists starting their careers in a very humble manner, respecting their traditions, all of them very much safeguarded in their own box. More and more in the last few years, I have witnessed how some of them have decided to cross the line in multiple ways, negatively and positively, but in any way all contributing to the recent evolution of the cultural scene. I have seen significant development in the performing arts, visual arts, film and photography. I think young Cambodians are excitingly taking their roles, creating work as well as bravely producing art & cultural events. Besides, new initiatives by artists and non-artists are sprouting here and there, showcasing very courageous exciting artistic activities.

DF: Can you think of any art-related curatorial / management programmes that look at capacity building in the sector?

RK: Beyond the capacity building in the artistic training, I notice there is a growing interest in art history, art management and cultural leadership. Amrita is currently running its second production management course supported by an EU grant through Cambodian Living Arts (CLA). Other fellowship programmes by CLA, discourse platforms such as Art History Forum by Vuth Lyno (Sa Sa Art Projects) and Roger Nelson and many more are happening now. These endeavours aim at increasing the level of professionalism and intellectual knowledge in the arts and cultural sector of the country.