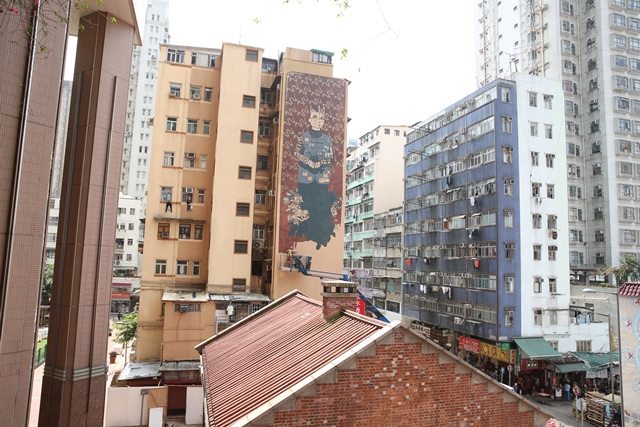 DAVID FERNÁNDEZ (DF): How did the idea of an urban street art festival come about?
Jason Dembski (JD): We noticed that during HK Art Week - which has now developed into HK Art Month - there wasn't much happening that was related to street art or graffiti, and the events that did happen seemed to treat street art and graffiti (and the artists) as a side show, used only to make their event sound cool. So we decided to start our own event, modeled after other festivals around the world, which would not only make street art and graffiti the focus, but be in public space and free for everyone, in contrast to the ticketed events and private parties.

DF: What is HK’s urban art scene like nowadays? How important is the local urban context in putting on HKwalls?
JD: It's growing. More and more artists are getting involved and the general public is more and more accepting. Like any city, Hong Kong has a huge influence on how people create on its streets.
Just like any living space, wall space in Hong Kong is also tight. The extreme density, especially in residential and commercial districts, results in smaller walls for painting than you would find in more sprawling horizontal cities. 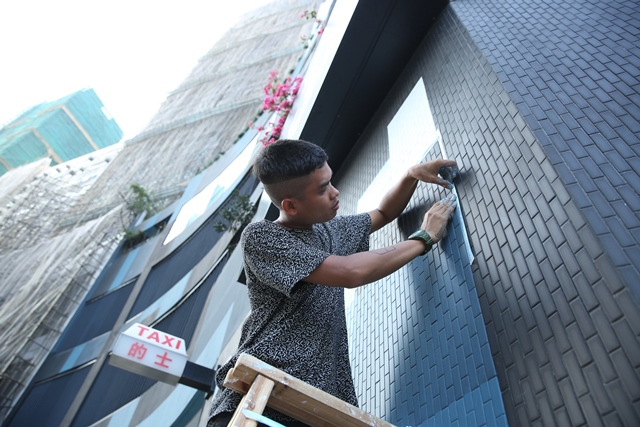 DF: How many artists are you welcoming this year, and from which parts of the world?
JD: In the last edition of the programme we have included around 40 artists. Among other participating artists, this year we featured Brainrental (Hong Kong), DILK (UK), Kris Abrigo (Phillipines) ANYWAY (France), Abdulrashade (Malaysia), Pixelpancho (Italy), Candy Bird (Taiwan) and Amuse & Merlot (US) to name just a few.

DF: In which way do you think collaborations between Asian and European artists can be beneficial for the societies of both regions?
JD: Collaboration generally exposes people to new ideas, techniques and points of view. Often times as well, the European artists we invite are more well known internationally due to wider acceptance and popularity of street art and graffiti in Western countries, so sometime the Asian artists are getting to meet and paint alongside artists they have read about and even looked up to. And similarly, Western artists are introduced to talented Asian artists they might not have heard of before. 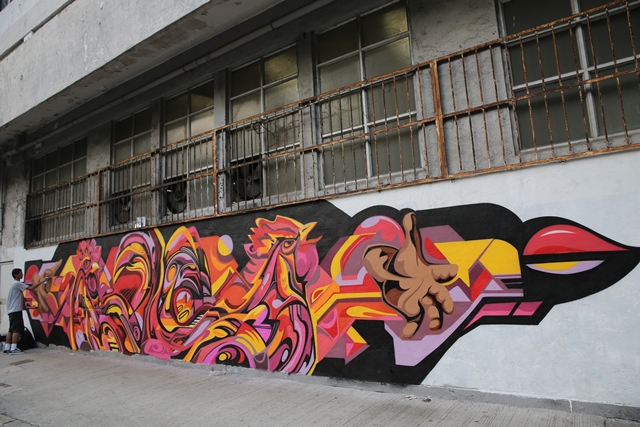 DF: What are you trying to bring to HKwalls specifically that you haven’t seen elsewhere?
JD: For us, being in Hong Kong, it's always been important to have a strong Hong Kong and Asian representation and when it comes to inviting international artists, to make unique choices based on who we really want to see in Hong Kong, not just whoever is most popular at the time.

DF: The festival had many different programmes to offer this year, including short films, projection mappings and workshops. Can you give us a brief overview of the highlights not to be missed?
JD: Beyond a huge list new participating artists this year, I would not miss the Secret Walls 4 vs 4 team battle, including all HKwalls participating artists. As mentioned the projection mapping will also be really cool. It is a collaboration between Hong Kong-based artists The Collective and Peter Yuill. The Collective will create a projection map and animate a previous existing mural by Peter Yuill. This mix of mural and media is just one example of how art can be taken to another level with technology. The Kingspray virtual reality graffiti should also be good fun. DF: What is your hope for the future of HKwalls? And for the HK urban art scene?
JD: I would say for both, that we continue to grow and evolve, keeping things interesting and relevant, while not forgetting the history of the art form. In parallel, we aim to keep actively working on connecting and building relations with artists and the community as well as with organizations wordwide through high-quality public art, making sure the creative process remains accessible to all.

Read more about the Festival: http://hkwalls.org/