Jung strolled lonely through the streets of Seoul. He was five, hungry and lost, as many other kids in the immediate afterword of the Korean War. A police agent found the boy and took him to an orphanage. That was the beginning of a destiny drawn by others. After a couple of weeks, the kid was declared "adoptable" and transferred out of his country of origin. Jung became one among some 200,000 other Korean children adopted in the world. It is the conflicts in the search of identity of these orphans that makes the subject of “APPROVED FOR ADOPTION”, a feature animation film awarded with the ‘Public Prize’, and the ‘UNICEF Prize’ at the last edition of the Annecy Animation Film Festival.

The story, which depicts Jung’s itinerary was adapted for the large screen from the black and white comic book by Jung Henin. “COULEUR DE PEAU: MIEL” (literally: SKIN COLOUR: HONEY). The film is a French-Belgian co-production with parti­cipations of the Seoul Film Commission and Panda Media who are the executive producers for the  shooting in Korea.

“APPROVED FOR ADOPTION” discusses some key moments in Jung's itinerary. It follows the young Korean, in his relations with his brothers and sisters born in Belgium. It shows the conflicts between the Korean kid unappeased need of love, and the sometime harsh attitude of his “new mother”. Years later, Jung admitted that Madame Henin simply did not make any difference between the kids – adopted or not – for the love she gave or for the punishments. The film then follows the young guy at different ages through his school in Rixensart – a typical upper-middle-class Belgian town. Jung just embarks on adolescence, when ‘Valérie’ – a second Korean child – arrived in his reconstructed family. 'Why are these Korean kids coming here? Why are their more or less forced to cultural and religious integration in Western families?  The street, the school, and the reading of comics gave the boy some answers as he begun questioning his origins. By that time, Jung wanted to totally reject his Korean origins, but not his Asian ones. Thanks again to his comics’ readings, the young kid would eventually find his model in a Japanese Samurai super-hero. But how can a super-hero grow out of his native country? The absence of answers to that specific question brought Jung to more conflicts in relation to his physical aspect, namely, to his “Chinese-looking-like” face. The author recalls with humour some of these moments as he was walking alone in his street;  “Hey You, Chinky!” offensively called him another adopted Korean kid living in the same Belgian town. Incessant conflicts will paradoxically calm his inner tensions, allowing Jung to accept his own identity. Laurent Boileau who directed the movie with Jung, said that “the film has participated and will continue to participate in Jung thinking and research on his own roots”. As a mater of fact, it was the idea of Jung making a first trip to his Motherland that was at the origin of the meeting between the two men who later decided to work together on the movie project.

Jung decided to return to South Korea for very obvious reasons. He wanted to breathe the air of his home country. He wanted to tread the land of his ancestors, and who knows, to find traces of his biological mother. With these perspectives in mind, the departure to Korea could work as a therapy-trip – a journey between the memory and the present. But Jung did not anticipate that the shooting in Korea would plunge him into a crew of over twenty. Difficult in these conditions to feel connected with his roots. “I should have made this first trip alone”. No regret however on the final result. With the specific narration forms of the film; its camera movements, its voices, its sound effects, and its music, “the movie sometimes takes us further than my graphic novel," admits Jung. At the end, the form of the film is a kind of media-patchwork that combines different techniques such as: super 8 family archives, 3D or 2D animation and real footage. But these hybrid elements only serve the story. These are perfectly embedded in the movie language. “Each element of the film became natural and at some point these have shown to be the best medium to tell the story,” Jung added. 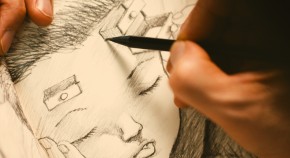 Travelling into the turbulent memories of a filmmaker while exploring social or political issue is a relatively new form in animation film. The treatment of “APPROVED FOR ADOPTION” reminds earlier films such as “WALTZ WITH BASHIR” by Ari Folman, the 2009 Oscar Nominee for the Best Foreign Language Film. This explosive animated documentary film used realistic animation to explore the lost memories and nightmares of the filmmaker and some of his Israeli friends about their mission in the first Lebanon War during the early eighties. Still on animation film with a political background “PERSEPOLIS” is another nominee for the Academy Award (2007 Best Animated Feature) by Marjane Satrapi and Vincent Paronnaud. The film depicts Marjane memories of her childhood in Iran during the decade that followed the fall of the Shah. She also recalls her loneliness in a very different country that is Austria where her parents sent her during the period of the Iraq-Iran war.

As for the film “APPROVED FOR ADOPTION” Marjane film was adapted from her black-and-white graphic novel. She explains the worldwide success of the film by its treatment in animated drawings. Treated as a live-action film, the movie would have turned into a "Third-World" story. “Because the drawings are abstract, it helped everybody to relate to it, whether in China, Israel, Chile or Korea”. In the same manner, the feature animation film “APPROVED FOR ADOPTION” offers the family audience a totally new way of addressing the adoption issue. This was certainly also the conclusion of the UNICEF when it decided to attribute its award to the two filmmakers.

An article in Korean about the film

The film page of the French Association of Korean Adoptees 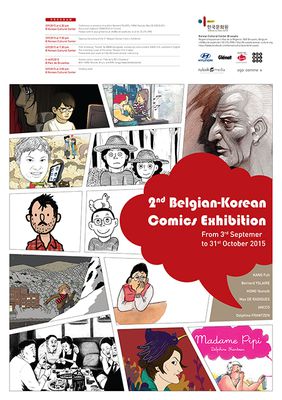