Matrimania the film is a thrilling journey of two European filmmakers - Vincent Bitaud and Maximillen Van Aertryck filming through the great Indian wedding season. Their guide is Mahesh Shantaram, one of India's top wedding photojournalists. The group came together after the 2007 European Forum for Young Photographers, that was organized by ASEF. Their latest documentary film project Matrimania is a great connection  between Asia and Europe through the much loved subject of weddings! In conversation with Siddharth Chadha, Vincent talks about the project, how audiences can support it and their film bringing together the two continents.

Siddharth: Tell us about Matrimania, your latest project.

Vincent: Matrimania the film is a documentary film. We (me and my co-director Maximilien Van Aertryck) will embark on a thrilling journey through the great Indian wedding season. Our guide will be Mahesh Shantaram, one of India's top wedding photojournalists. Together, we will bring a refreshing new perspective to a country that is emerging as a new global power. The title comes from Mahesh Shantaram's award winning photography series, Matrimania, that's been widely exhibited around the planet.

S:  How did you meet the others on your project?

V: I met with Mahesh Shantaram in 2007 at the Asia-Europe forum for young photographers that was organized by the ASEF in Ireland. We were 20 young photographers from across Asia and Europe, working on creating a new dialogue between our mutual cultures. In 2010, I met Maximilien Van Aertryck at the Cannes Film Festival. We instantly got along very well, and the year after that, we went to Scandinavia to make our first film together, Icebreakers. The film competed in many film festivals, including Visions du Reel in Switzerland, and the Hamburg Short Film Festival. In 2011, Maximilien attended a film workshop in Bangalore where he met Mahesh in person. And the three of us were eventually connected!

S: What motivated you at the Asia-Europe forum for young photographers?

V: The Asia-Europe forum for young photographers was a fantastic opportunity to meet amazing and committed people, and its main goal was to bring Asia and Europe closer to each other. How more successful could it be, as just 5 years later, we start this amazing adventure together, one alumni making a documentary film about the other!

S: How has your profession evolved since the Asia-Europe forum?

V: My post ASEF experience has been very good, I had the chance to develop my photography more, and could put up some exhibitions. My favorite was in Kiev in 2010 at the KievFotoCom, where I had the chance to show my Sleeping Beauties series and give a Master Class there, with the help of the Institut Français d'Ukraine. The same year, I went to the Cannes Film Festival to cover it as a photographer for the European Network of Film Association NISI MASA, and this when I met Maximilien and that the film medium started to interest me.

S: How do you fund your latest project?

V: Crowdfunding is a fantastic way of getting art projects funded with the help of the Internet community. Using dedicated websites such as kisskissbankbank or kickstarter, people can learn about new projects and participate in its funding if they like it. It's a form of private sponsorship that is open to all, and people can start donating from just a single euro! The smart thing about it is that you put up a definite goal prior to launching your campaign (Ours is 6000 Euros in 30 days) explaining precisely how the money will be spent. If you do not reach the goal at the end of the project, then the project is not funded and people get refunded. This way, only valuable project endorsed by the whole community will be funded.

S: How can audience help in the project?

V: The community can of course help us by donating to the project! Every euro counts, and the more you can contribute, the most amazing rewards you will get in exchange. Speaking of rewards, Mahesh Shantaram was extremely generous and is offering limited edition fine art prints of his series Matrimania. So check out our project page right now!

S: How does Film connect Asia and Europe?

V: Cinema is one of the most universal language on this planet. Through the power of images and sound, anyone can relate to a story. You feel close to the characters, and this builds a very strong bonds between people that can this way discover that they share a lot more than they thought they would. And in a broader way, I think both continents enthusiasm about each other's cinema is growing stronger every year. And ASEF is contributing in this, Matrimania the film being a great example. 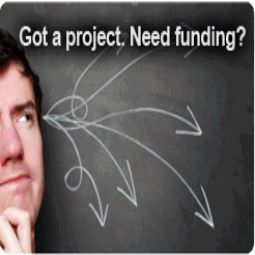 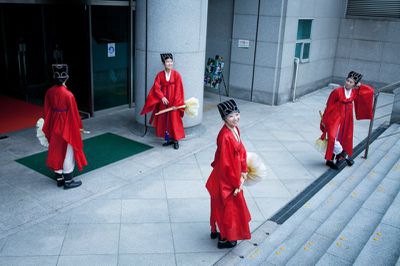