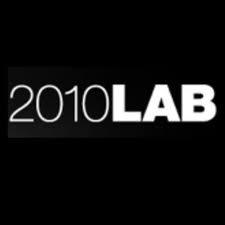 2010LAB.tv is an interactive web TV, blog and audio podcast for creative people in the Ruhr Metropolis and Europe. As a media hybrid of TV and internet, it is an innovation in and of itself.

Its aims are to stimulate change through culture and creativity. 2010LAB.tv has three main channels - arts, economy and education with content contributed by acclaimed authors, bloggers, filmmakers and creative entrepreneurs from across Europe.

Although 2010lab.tv includes information from Europe’s most interesting, leading cultural centres and institutions, unknown and “hidden” initiatives take their own place in the digital creative world of 2010LAB.tv.

Bernd Fesel, the Project Manager of 2010lab.tv introduces us to this new media, sharing the purpose of this important tool that will empower different cultural activities around Europe and Asia.

The starting point: who had the idea for this platform and who put it into practice? How long did it take you to launch it?

It is an idea of two partners: the European Capital of Culture, Essen for the Ruhr, namely Prof. Gorny, the Artistic Director for creative industries, and the State of Northrhine-Westfalia (NRW), namely Mr. Krämer, who is in charge of the culture programmes for the State of NRW.

It took one year to develop the idea, including a test dummy. It took another six to nine months to launch and realise the platform. It went online in a Beta-Version on January 9, 2010 and was completely programmed by May 2010.

Who can contribute? Who are the members of the editorial staff of 2010lab.tv?

The community is open to all stakeholders of culture - from city officials to freelance journalists and entrepreneurs from the creative industries or cultural institutions such as museums. The pre-requisite to participate is a shared mission: promote the forces of culture in making our future. Being a community member is not about promoting one product or company. 2010lab.tv has a social mission and is as such quite different from communities such as Facebook.

This approach is not limited to the 3 Ts of Richard Florida as you can see from the variety of channels, but of course the intention is similar. Our focus is to make the culture class visible. We want to increase its positive leverage on and for society, especially its contribution to the attractiveness of cities which was debated at the Forum Avignon. For this reason 2010Lab.tv was the media partner of the Forum Avignon.

Please give us some feedback from the community and/or some readers’ comments.

We do not collect testimonials for promotional purposes. We work strictly by word-of-mouth communication and online comments. It is interesting to note that our films are featured and used in other websites, such as creative.nrw, the German Foreign Office or Forum Avignon.
In fact, during a live stream of the “Day of Song” there were some 40,000 hits. This is incredible considering on a usual day we have between 1,300 and 1,900 unique visitors, some 15 to 21,000 hits per day.

Will the platform continue to develop after 2010? What are your future plans?

2010lab.tv will be renamed and rebranded in January 2011. It will remain a platform for cultural cities and their stakeholders in Europe. We will continue to report on how culture makes a difference on the lives of people, space and policies.

Currently there are channels and content from the Metropolis Ruhr, Rotterdam, London, Kosice and Istanbul.

After 2010, the channel Ruhr will be smaller and therefore more partners from Europe will be invited to participate. For example the city Graz and Nantes will open a channel in spring 2011. Our mission remains unchanged: looking for the positive effects of culture for the future of our society and cities. 2010lab.tv can be viewed as a laboratory for culture.

2010lab.tv is a project of the European Capital of Culture 2010, Essen for the Ruhr, and financed in 2011 by the State of Northrhine-Westfalia and Essen for the Ruhr. For more information about 2010LAB.tv, please go to http://www.2010lab.tv/en/blog/ruhr2010-expo-ruhr-metropolis-highlighted-during-nrw-week

Bernd Fesel works as an independent cultural events organiser and cultural policy advisor in Berlin and Brussels. He is the owner of the Gallery Fesel. It was founded in Düsseldorf in 1977 and renamed Fesel Modern Art in 2005. In 2003, Bernd Fesel initiated the national conference on cultural industries in Berlin, which is organised every year in cooperation with the Friedrich Naumann Foundation, the German Council for Cultural Statistics and the German Arts Council. From 2005 to 2007 he was the Secretary General of the Federation of European Art Gallery Associations in Brussels, which represents approximately 2,000 galleries across Europe.

Creative Industries Advisor for the European Capital of Culture Ruhr 2010

Member of the advisory board of the Bundesakademie Wolfenbüttel

Thermostat|artistic exchanges between France and Germany 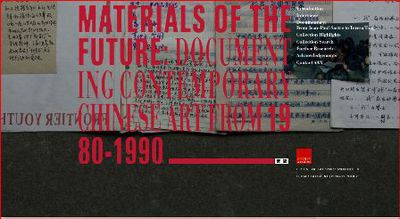 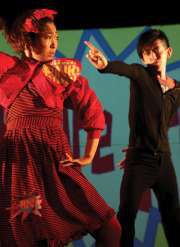