The Khmer Magic Music Bus (KMMB) has the mission to take traditional music to villages all around Cambodia, especially in rural areas where performing arts are often hard to find. The KMMB began as an independent project started by our founder Arn CHORN-POND and friend Steve RIEGE in 2012. They had watched the Master Ta Hai play in an isolated part of Oddar Mencheay Province and the villagers who came out to listen, were transfixed after hearing a live performance of their own traditional music for the first time. They started the bus to try to recreate this across Cambodia. Led by THORN Seyma, they have now played in every province of Cambodia.

The Khmer Magic Music Bus became a program of Cambodian Living Arts (CLA) in 2017, so that we can work together to extend their outreach and increase their performing opportunities. 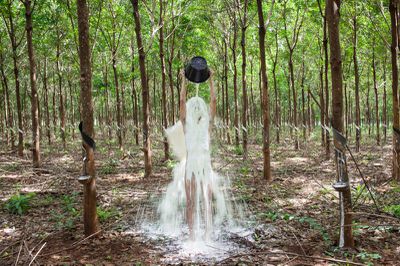