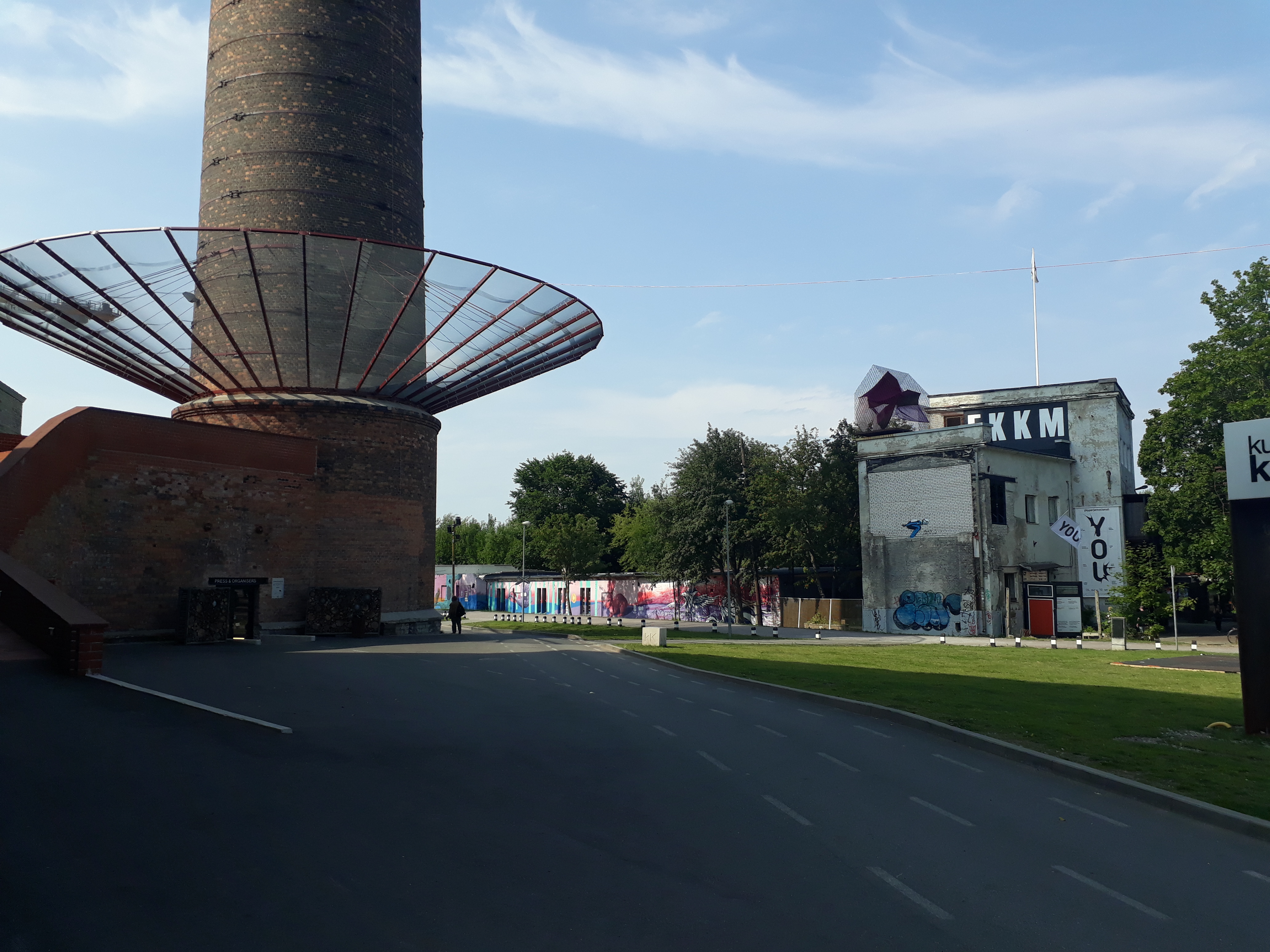 On the occasion of the celebration of the 100th anniversary of the Estonian Republic, culture360 contributor Florent Petit takes us to Tallinn, its vibrant capital. Located by the Baltic Sea on the southern shore of the gulf of Finland, with half a million inhabitants, Tallinn is the home of an important Russian community (about 38% of its inhabitants) and a noticeable Ukrainian minority (5%).

What is striking at first sight is the rich and diverse architectural heritage of the medieval old town, made of churches and houses mostly inherited from the hanseatic era, enclosed into impressive and well preserved fortifications. On the west of this historical centre, the neighborhood of Kalamaja is filled with colorful wooden buildings which were once the home of fishermen, offering a clear contrast with the walled city. 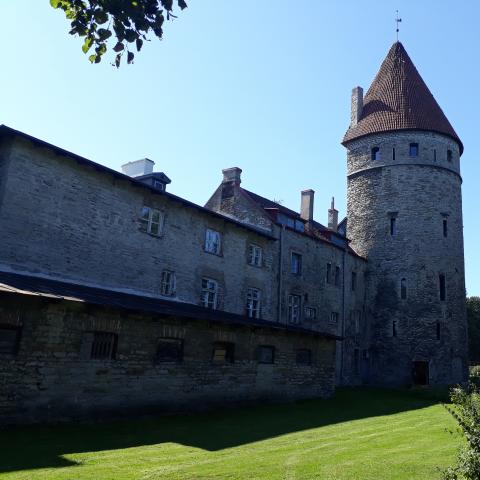 An urban lab for architecture renewal

Along its rich architectural heritage, Tallinn also stands out for its innovative urban renewal policies, embodied by the transformation and rejuvenation of entire districts, like the main market hall (Balti Jaama Turg), lying just West of the city wall beside Tallinn central train station, which was entirely renovated in 2016 and 2017. Indeed, some of the most precious parts of the city’s architectural heritage were used as a base for urban renewal programmes and the achievement of some of the most ambitious and extensive urban renovation projects. 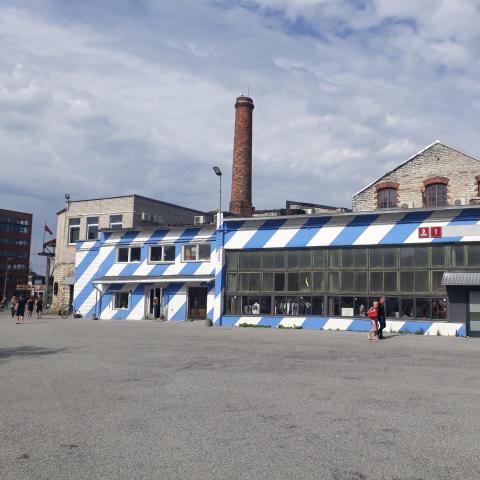 Another good example is the neighboring Telliskivi  (Telliskivi Loomelinnak) located in a former locomotives production site made of factories and warehouses. The lively complex now gathers studios, offices of NGO’s, indie shops, restaurants, a flea market held every Saturday and cultural venues. It has also become an open air museum for street art with the Telliskivi Outdoor Gallery, turning the whole area into one of the most popular and vivid places in town and offering an interesting example of initiatives that can be taken by cities to reconquer industrial wasteland.

Another noticeable feature of this marriage between old architecture and contemporary needs of today’s cities is the Rotermann Quarter located just east of city center. This place made of old brick buildings has been turned into a wide commercial and recreation district. The area offers an original union between the most daring features of contemporary architecture built upon older structures thus creating a strong visual effect. Rotermann keeps an historical atmosphere melted with the latest and boldest architectural trends. It has become something like an open air contemporary architecture museum and a catalogue of materials used in the modern era. 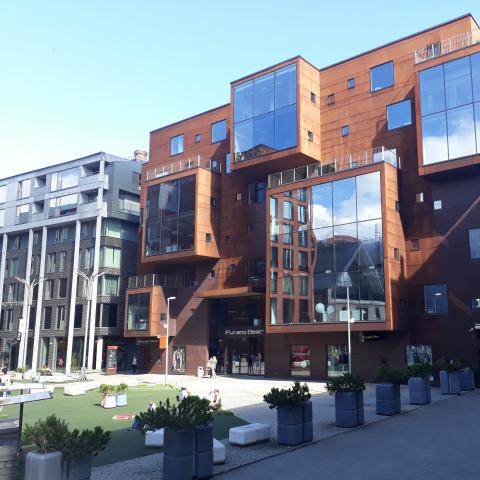 The area is also the home of the Museum of Estonian Architecture (Eesti Arhitektuurimuuseum), sheltered in the historical Rotermann Salt Storage, whose ambition is to document, collect and display to the widest audiences, 20th century and contemporary Estonian architecture. The institution provides an insight on the challenges linked to the shaping of today’s living environment and creates bridges with other fields connected to the discipline like interior architecture, furniture design or landscape architecture. 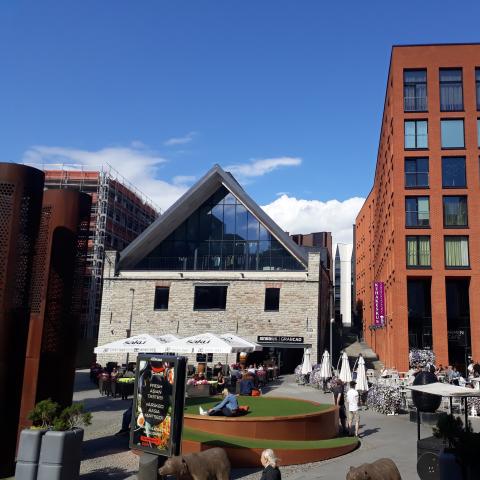 Like many cultural institutions in Estonia, the museum is well connected to European and international networks, being part of the Future Architecture Platform for instance. Besides, it just closed an international competition for a temporary Architecture and Design Pavilion that will be located just in front of the museum for 5 years before being relocated elsewhere in town. The place is destined to become a new event space and office building for creative industries.

This example of the renovation of some of the finest examples of Tallinn’s industrial architecture finds another illustration in the Tallinn Creative Hub (KulturriKatel). Located North of Old Town, near the harbour, it aims to showcase diverse cultural events and activities focusing on the creative industry. It is hosted in an impressive former power plant closed in 1979, with some of the most striking features of the industrial setting being conserved, noticeably the boiler room with two giant boilers and a chimney peaking at 102 meters. Founded by the city of Tallinn, the hub stands for being an attractive part of urban space, proposing a wide range of leisure and learning activities, showcasing concerts, lectures, festivals, exhibitions and workshops, turning the venue into a multi-functional event place. The hub also features a recording studio and a community garden, enriching its multipurpose aspect.

The city is also looking forward to an extensive renovation and revitalisation project of the harbour located in the northern part of the city and developed by star architect Zaha Hadid. This massive and ambitious design plan aims to entirely change the aspect of one of the entrance gate to the city.

A home for traditional crafts and design

Tallinn offers a noticeable visibility to traditional crafts through the activities of the Estonian Folk Art and Craft Union (Eesti Kasitoo). First established in 1929 and abolished during the Soviet era, the Union was reestablished in 1992 and aims to preserve and develop the traditions of Estonian handicraft, noticeably through a network of 4 shops scattered in the city centre and gathering objects produced throughout the country, putting the emphasis on rich local traditions such as embroidery, colorful wool knitting and textile. The structure issued a label to certify the authenticity of products and published a handicraft map of Tallinn to give a vivid view of the finest handicraft shops in the city. The Union regularly launches initiatives to ensure the development and sustainability of handicraft entrepreneurs like workshops or handicraft competitions, exhibitions and fairs on a country wide scale. 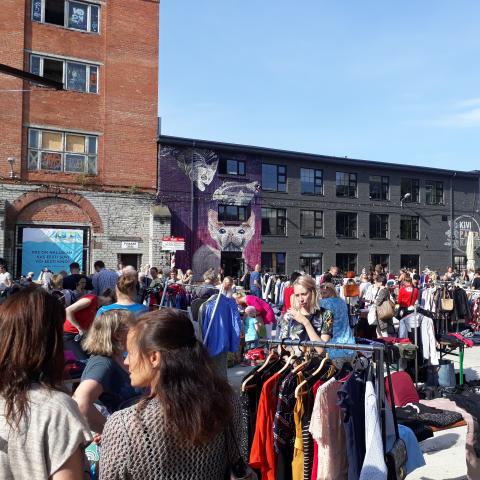 Side by side with this initiative making alive the roots of Estonian folk art is its contemporary counterpart with the Estonian Design House (Eesti Disaini Maja), a platform for Estonian contemporary designers that works to widen work opportunities for local talents. It connects designers together, facilitates ideas exchanges and backs up product development processes with designers and entrepreneurs. It also organizes the Tallinn Design Festival. The structure manages two shops in town showcasing the works of around 100 creators and proposes a wide selection of objects offering a good illustration of the main trends of local design such as the work on rough material, a search for simplicity, a sheer attention to details, sustainability and closeness to nature through products ranging from interior accessories to fashion.

This leads us to the very interesting initiative of Estonian fashion designer Reet Aus and the upcycling fashion process she developed with garments entirely made from post production leftovers. The method allows the reuse of consumer textile waste in the same factory to produce shirts, dresses, trousers, coats or even cushion covers with a sober, somehow classical and yet striking design.

A dynamic network of places for contemporary art 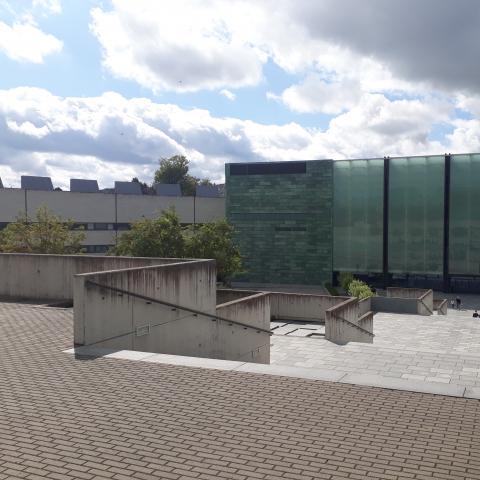 Tallinn also attracts attention for being one of the most vibrant homes of contemporary visual arts on the shores of the Baltic Sea, starting with the flagship institution of KUMU Art Museum. Opened in 2006 and settled in the leafy district of Kadriorg in the North-Eastern part of the city, this is the largest exhibition venue in the country. It showcases art from early 18th century to present day through its permanent collections, temporary exhibitions and publications in a stunning building created by Finnish architect Pekka Juhani Vapaavuori. The institution was part of the Museum as toolbox European project along with four other structures in Austria, Croatia, Italy and Poland, investigating the ways and means to make contemporary art more accessible for young audiences between 15 and 25 years old, noticeably through ICT or web-based tools.

As interesting although smaller in scale is the Contemporary Art Museum of Estonia (Eesti Kaasaege Kunsti Museum - EKKM), established and run by artists and made as a tool for self-establishment of younger generation of artists, curators and art students. This ex-squat, now legalised, is hosted in a former heating plant. It has started its own collection of Estonian contemporary art and initiated in 2011 the Köler Prize, an art prize accompanied by an exhibition of the nominees which aims to give recognition to artists or art collectives active in Estonia and to raise the visibility of contemporary art practices in the country. It offers a stunning vision of the local contemporary art scene.

More centrally located downtown in the Tallinn City Art Gallery (Tallinna Kunstihoone), established in 1934 with an exhibition programme in 3 galleries located on the central square of Tallinn. The structure presents around 20 exhibitions each year along with symposiums, concerts, screenings and performances. It promotes dialogue and exchange of ideas and practices between local and international art scenes and audiences.

The Center for Contemporary Art Estonia (Kaasaegse Kunsti Eesti Keskus) is neither a museum nor an exhibition space. This institution is developing international cooperation projects to activate and develop the Estonian contemporary art scene through exhibitions, conferences and artist talks. It holds a library and an extensive collection of video archives of Estonian contemporary artwork since the 90’s. Founded in 1992 with at the time funds coming from Hungro-American philanthropist George Soros, its main objective is also to raise the awareness of Estonian artists on the international stage. It also takes care of the Estonian participation to the Venice Biennale of contemporary art and the Baltic Triennial.

Tallinn offers a rich cultural panorama made of medium-sized structures with mostly a recent history; many of them founded or reactivated quickly after the independence gained in 1991. The city still holds today an important development potential; this is particularly true in the case of the future use of the huge Linahall, a former concert and sports events venue built for the Moscow 1980 Olympic Games and located in the Northern part of Tallinn by the Baltic.